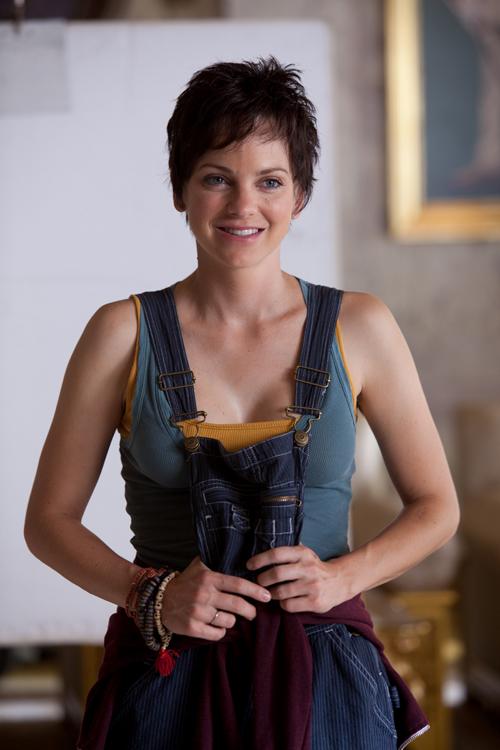 Last summer, Anna Faris was a hit at parties.

Admittedly, the actress (after a couple of drinks) would raise her armpits and show whoever was interested her freshly grown armpit hair.

“I was very naive about it,” Faris said. “I was sort of thinking that maybe it would grow in kind of thin and wispy. And that was not the case. It was dark and thick and defined my whole summer.”

To some, Faris got off lucky; Sasha Baron Cohen has a reputation for going to the extreme in his films.

In her newest film “The Dictator,” Faris plays opposite Baron Cohen as a hippie/love interest for the actor’s tyranical dictator character.

Faris says the role was not much of a stretch for her.

“She’s [Ana’s character] got a great heart,” Faris said. “She’s sort of passionately naive and very idealistic, to a fault, I think.”

Anyone who know Baron Cohen’s history in film knows that the comic doesn’t miss a chance to offend or shock his audience. Faris didn’t let his reputation affect her decision to take on the role.

“I feel like I’ve been a part of so many offesive comedies that I’m a little numb to it,” Faris said. “Sasha’s like a crazy genius, he’s very intellectual and thoughtful.”

While Baron-Cohen may not have swayed her into choosing the role, there was one person she was concerned about in regard to the film.

“The first thing I start worrying about is my mom and what she’s going to think,” Faris said. “She always wants me to play Amelia Earhart or something.”

Even though Faris’ mother may not enjoy the film, the actress hopes the audience appreciates “The Dictator” for the comedy it is.

“I think a lot of will really enjoy the critical political messages. And maybe, you know, people will enjoy it all.”

“The Dictator” opens nationwide on May 16.