New UC proposal: opportunity for progress, but potential for pitfall

The University Curriculum (UC), SMU’s university-wide academic requirements, has been under revision since its inception in Fall 2012. While there have been incremental steps made along the way, more changes were proposed this past fall, which you can read here. Recently, Faculty Senate has approved this version, called UC 2016, for incoming Class of 2020 students.

While I am all for overhauling the structure of the UC, I am concerned about how the 2016 proposal will go about being put into practice. While it holds potential for success, it also holds much potential for gridlock and disappointment.

One thing the UC 2016 proposal gets right is that it cuts down on some confusion in the area of pillars. Instead of having “level I” and “level II” classes out of the same pillar, the UC 2016 makes completely separate “Breadth” and “Depth” requirements for its curriculum.

With these separate categories come new tags for the courses, while retaining some of the old “pillar” names as course definitions.

The UC 2016 introduces a category for STEM alone, with technology and mathematics comprising one Breadth requirement along with science and engineering. While this will likely satisfy engineering students, who will have more of the general education cross over with their education, it may transfer some of these complaints over the rest of the student body.

A Meadows major likely will not find a course to fulfill this Science and Engineering requirement within their school, and therefore will have to add hours in courses that they possibly are not interested in – or enrollment in courses like creative computing will skyrocket. Either way, these new pillars will create hard-to-predict difficulties and demands on the academic system.

In addition to these unknowns, I am highly concerned about how this policy will be implemented across SMU. It has taken literally years for courses to have the correct pillar designations attached to them, and there still are not enough courses that double count correctly. The current proposal maintains some of the same tags; however, it creates numerous new ones that conflict with older tags.

If it was so hard to label the courses from scratch, these conflicting tags are likely to take years to figure out, especially when there are students on two versions of the University Curriculum. What if there is a new course offered that has a UC 2016 tag, but a student is on UC 2014 and will not benefit from taking it? What if a freshman is ahead in his coursework and takes a UC 2014 course that then will not count towards his or her graduation?

And what of the professors, administrators, and counsellors who are going to have to go through the headache of sorting out all of this curriculum trouble? Already professors complain that the UC and required academic paperwork take up too much of their time, and this shift will likely increase the paperwork for a time as well. Will there be automatic transfers of the “level I” and “level II” pillars from the old system? Or will the professors have to go and transfer over all of the courses themselves?

In short, the number of new pillars and changed pillars is likely to cause a gridlock of paperwork, petitioning, and proposals. Considering the past performance and efficiency of getting courses tagged, it seems as if there is a huge potential for a total failure of the UC 2016 proposal.

Furthermore, the language of the proposal does not do much to convey what each of the new pillars cover. New pillar labels include “Natural and Applied Science” and “History, Social & Behavioral Sciences.” The breadth of what these pillars are interpreted to cover will likely have a large part on the success of the University Curriculum – communicating the student learning goals and categories of these new pillars will be key in realizing the proposal effectively.

However, while retaining several drawbacks, the UC 2016 does get some of the important areas right. It cuts down on the existence of level I/level II confusion and some of the overall complexity, which will be beneficial for students and counselors trying to plan their degrees in the long run. It also claims to reduce the overall number of hours, a good thing for everyone. Additionally, the Second Language requirement is loosened in its stiffness and rumors of computer languages being counted towards this have been in the works for a while.

If the administrators, faculty and staff of SMU can realize these upsides of the UC 2016 proposal while minimizing the confusion that I know will ensue, then it will be a good thing for SMU overall moving forward. The realization of the UC 2016 should be taken very carefully to keep an incremental improvement from turning into a big step back.

Posted on April 8th, 2016 by Noah Bartos
ShareTweetShare on Google+Pin on PinterestSend with WhatsApp
2 recommended

One of the best things about being a student is having the time and space to truly focus on learning more and preparing for the next stage of your life. To do that, you may find yourself taking advantage of other student perks, such as discounted software lice... END_OF_DOCUMENT_TOKEN_TO_BE_REPLACED 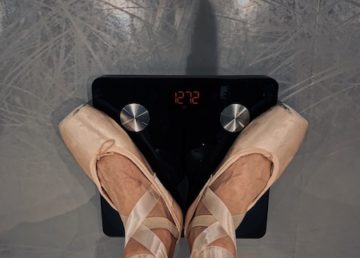 The SMU Dance Department proves that ambition doesn't have to come at the price of eating disorders, body dysmorphia and other common issues of the dance industry. END_OF_DOCUMENT_TOKEN_TO_BE_REPLACED

OPINION: SMU Must Improve Its Treatment of Sports Reporters

OPEN LETTER: Students should have the choice to pass/fail their fall 2020 courses

OPINION: Students Deserve Dedicated Time to Care for Their Well-being