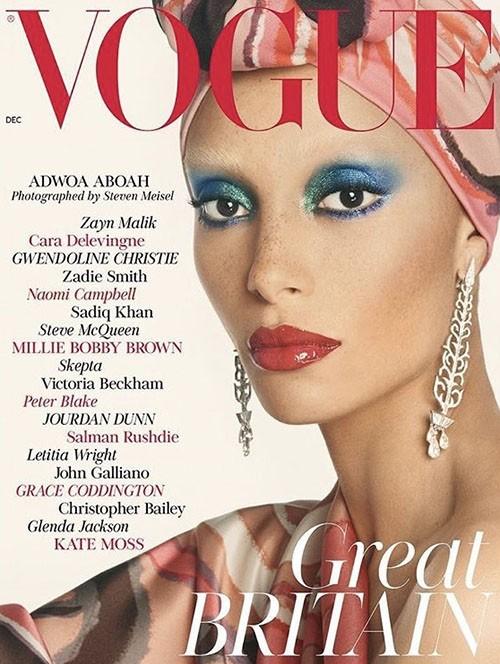 Enninful was born in Ghana and moved to London with his family at a young age before taking on various leadership roles in the fashion industry. Enninful was named fashion director of British magazine i-D at 18 years old. Enninful was also a contributing editor to both Vogue Italia and American Vogue, and he took over as the fashion and style editor of W Magazine in 2011.

Enninful is the 11th Editor-in-Chief of British Vogue. However, he is the first male, person of color and gay editor. He represents diversity in Britain and now is able to reflect that on the magazine as well. British Vogue recently published its first issue under Enninful’s management, the December 2017 issue, with feminist activist and Ghanaian-British model Adwoa Aboah on the cover.

“I present to you the British Issue: a tribute to our country and to a group of people who brilliantly represent it, both at home and on the world stage,” Enninful said in the Editor’s Letter.

The issue is dedicated to the people of Britain. It spotlights some of the most impactful individuals in Britain today, including Victoria Beckham, literary star Zadie Smith, and Christopher Bailey at Burberry. Enninful also assembled a section of “Love Letters to Britain” from stars like Cara Delevingne and Zayn Malik.

By having a platform at the magazine, Enninful said he hopes to continue to make a connection between fashion and all people of Britain and around the world.

“Fashion is a conversation, the continual dialogue between you, the Vogue reader, and the times we live in, fusing fashion with art, politics and society,” Enninful said in his Editor’s Letter.