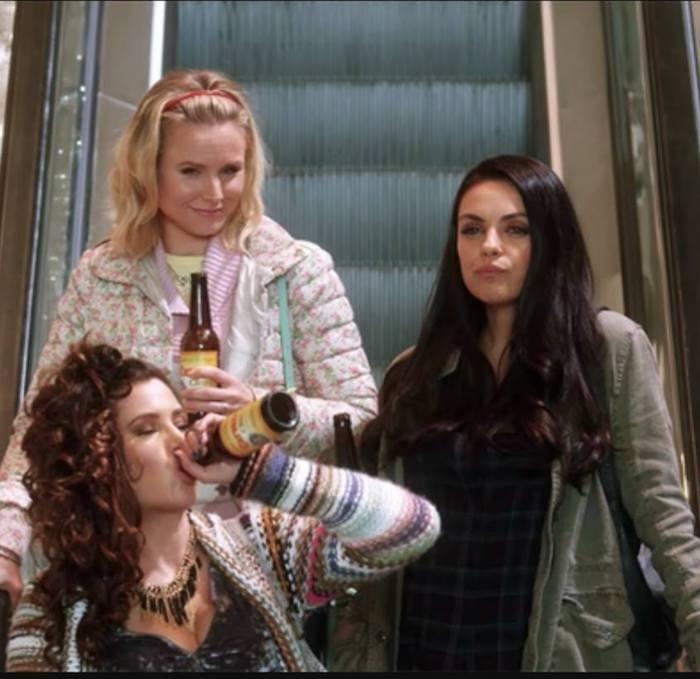 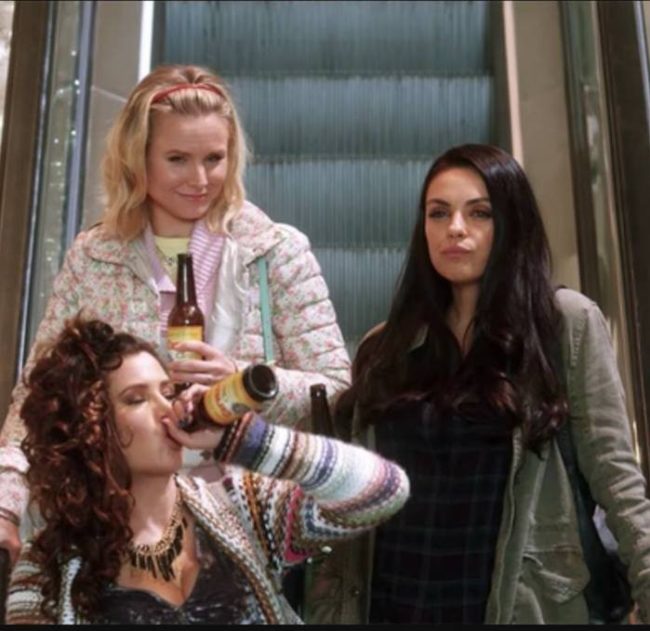 The film A Bad Mom’s Christmas reunites the cast after its prequel Bad Moms. Directors Jon Lucas and Scott Moore stayed on the team behind the camera. Actresses Mila Kunis, Kristen Bell and Kathryn Hahn remained as the titular “bad moms.”

This time, the three suburban mothers—Amy, Kiki, and Carla—are “taking back Christmas” in a way that only a bad mom knows how.

The three learn that their own mothers (played by Christine Baranski, Susan Sarandon and Cheryl Hines) will show up for the holidays; each brings along a level of wildness. Each mother arrives with ideas of how a mother should act. Combining them with the original bad moms is a recipe for a disastrous holiday season.

The film is a pure, raunchy comedy as advertised. It contains no surprises and maintains a consistent comedic level. The film overflows with one-liners and gags that fall flat. Occasionally, however, the stars’ talents shine through and create moments of genuine hilarity. However, sitting through the film between comedic moments can be difficult, as scenes in between seemed forced as plot drivers.

For a film that focuses on comedy, the direction really misses the mark. The comedic scenes drag on forever. The ones that are actually funny become the opposite too quickly; the ones that aren’t drastically weigh down the film. The supposed heartfelt and touching scenes echoing those found in every holiday film are also incredibly forced and full of ridiculously unnatural dialogue.

For all its flaws, the one thing that the film does well is juggle its ensemble of characters. The three leads and their mothers are all great characters in their own right. Amy is a good lead and overall levelheaded woman; Kiki’s relationship with her overly attached mother raises some laughs; and Carla’s self-proclaimed “bad girl” status steals the show. Kathryn Hahn does a fantastic job as Carla in the film. Sometimes her dialogue overreaches boundaries and branches from funny to unnerving, but she takes the lead in almost every scene she’s in.

The film is a by-the-books, cookie-cutter, Hollywood movie. No risks are taken and the film never draws outside the lines. A Bad Mom’s Christmas is exactly as expected: a fairly unoriginal and uninspired movie with a very specific target audience. The direction and cinematography are average. The jokes are predictable and occasionally spark a laugh but leave much to be desired. Often, an attempt at humor receives a wince and frown.

The leads of the film can still rest easy. They are not the problem with the movie and their frequent improvised moments are the highlight of the film. It’s easy to tell every once in a while that the actresses are ad-libbing, and just about every time it’s better than their original script. Their chemistry onscreen is one of the only good things about the films, but when it works, it pays dividends.

The perceived audience of the film is also notable. Most, if not all, of the content is directed at mothers. Not a lot is offered for people of other backgrounds and the film is unapologetic of that. For mothers, this movie might be the perfect glimpse into what life is like with a comical spin. For everyone else, it feels alienating.

Targeting a film at a small percentage of the population means many audiences aren’t interested and won’t be thrilled with the product if they take a chance. A Bad Mom’s Christmas seems to miss the mark, but maybe they were just aiming for a different target.