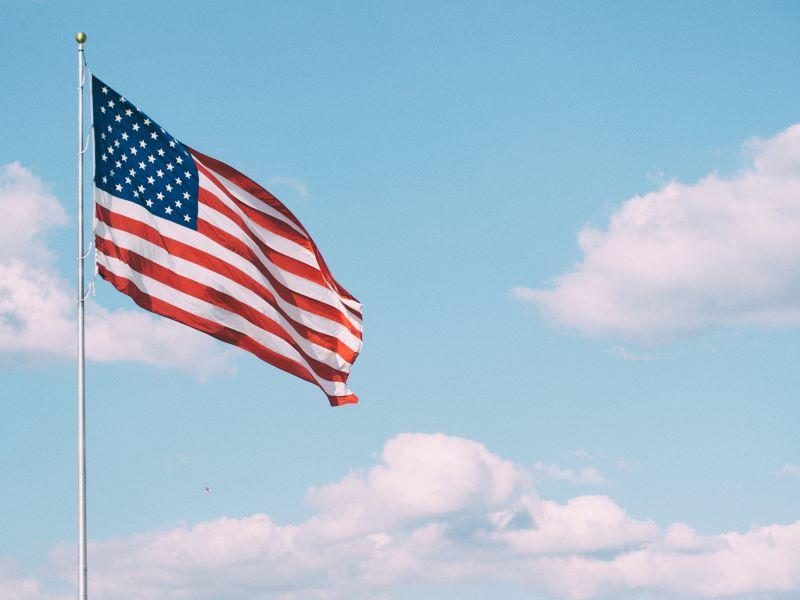 Singer-songwriter David W. Jacobson flips through the unsavory history within the Office of the President of the United States in his new album, “POTUS.” The album ranges from folk to rock to disco and takes satirical aim at their lives of lesser-known and often reprehensible former U.S. presidents in predominantly first-person narratives.

The first song of the album, “1799,” is John Adams’ scathing disdain for Alexander Hamilton and the latter’s role in tearing apart their shared political party. The song aptly begins with a lone fife—harkening to the recency of the song’s setting to the Revolutionary war—and quickly combines with an homage to Prince’s “1999.” Jacobson’s use of ‘party’ is a clever comparison to Prince’s alternative use of the homonym, as both utilize the word to indicate the end of their respective worlds.

Adams’ narrative continues with his son, John Quincy Adams, in “Old Man Eloquent.” This second track resembles how Quincy Adams describes himself: unlikeable, but understandably so. Although colored with entertaining lyrics, “Old Man Eloquent” is stylistically rigid and repetitive and takes its time to get to the end—much like the late president himself.

“Leave My Bones in the Ground” is the most experimental of the 11 songs. Jacobson takes on a feral, zombie-like voice for Zachary Taylor (the only president on the album singing from his literal grave). The gruff sound and subtle instrumentation are smooth and playful contrasts to the formality of “Old Man Eloquent.”

Jacobson speaks through alcoholic Franklin Pierce in “Nothing Left to Do.” Up-tempo neat couplets arrange the entire song and allow the lyricism to shine. Jacobson makes Pierce’s political and personal shortcomings—although quite tragic in reality—humorous with cheeky diction and a dynamic, individual voice.

“Swing Around the Circle” most closely resembles a Disney villain song in its overt use of organ pipes, aggressive drawls, and dramatic characterization. Andrew Johnson, who Jacobson describes as “monstrously racist” and “our worst president in many ways,” snarls, instead of sings, in lines like “Freedom / Not on my watch” and “Don’t talk of injustice / I came from nothing / to be where I am now.” The song provides the listener with an understanding of Johnson’s likely justification for his ideals without excusing his cruel actions in office.

Rutherford Hayes’ song, “Samuel Tilden’s Lament,” is the only track not sung from the perspective of a president, but rather his rival in the 1876 election, Samuel Tilden (whom Jacobson notes as “the person who actually won the election” due in part to the South’s violent disenfranchisement of African American voters). The song is an angry rock combination of Jimi Hendrix’s “Purple Haze” and the presidential anthem, “Hail to the Chief.” The clever wordplay and the ironic use of “Hail to the Chief” put this short track among my favorites in the album.

Subtle and soft, “Never Asked” is the perfect sad song for the album. Chester A. Arthur’s desire to remedy his past mistakes before his death is wistfully sympathetic and the familiar acoustic accompaniment makes Arthur’s unique situation feel relatable. The pauses Jacobson takes in between lines emphasize the song’s themes of reflection as if Arthur were sitting alone on his porch, singing to no one but himself.

The first few plucks of the guitar in “Crying at Your Grave” implies a modern pop-ballad about love gone sour. The song abandons this sound for the majority of the piece, but the sentiment remains as William Howard Taft laments his lost friendship with Teddy Roosevelt. Although not my least favorite, this song was the most personally disappointing. The instrumentals overpowered the vocals at times, and the verses felt disjointed.

“Shanties” is harsh and gritty, from the first forbearing Western-sounding notes to Herbert Hoover’s last sour line. This song is if “Swing Around the Circle” were more bitter and less evil; if you feel like mourning Hoover’s lousy reputation, this is the song for you.

Jacobson takes inspiration for “Effective at Noon Tomorrow” directly from Richard Nixon’s resignation speech. The song similarly mourns a bad reputation but in a gentler, soliloquizing way. The song ends on an uncomfortable high note. This ending and the line “You best beware my acolytes” serve as an eerie reminder of the current political landscape.

“The Unforgiven” is an 80s disco melody from Gerald R. Ford on Nixon’s pardoning. Despite containing one of the more unique sounds on the album, the song rings one-note with forgettable verses.

Overall, Jacobson’s commentary offers a humorous yet disheartening look at the U.S. presidency, and the destructive power the title, “President,” has given to foolish, irrecoverably human, leaders. “POTUS” has some hits and some misses, but guarantees various stylistically different sounds. “POTUS” also ensures the chance to learn something about some of America’s least memorable presidents.