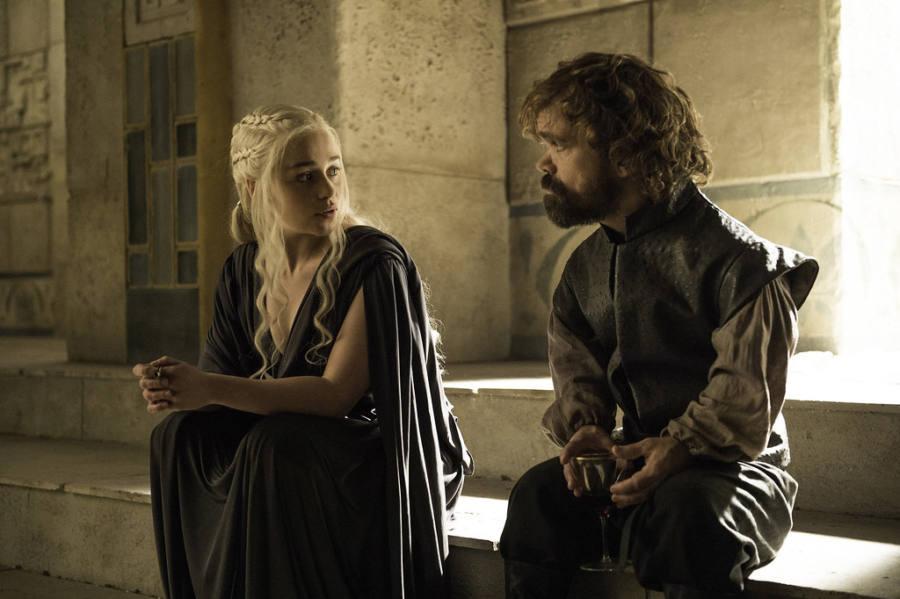 In celebration of the “Game of Thrones” final season premiere, here is a list of other popular TV premieres this month.

Need a good laugh? Kevin Hart’s “Irresponsible” came out on Netflix at the beginning of this month. It’s a great thing to watch after too many episodes of Criminal Minds before bed, and best of all–it’s free and ready to stream at your convenience.

Part 2 of “Chilling Adventures of Sabrina” displays a new and darker side to the powerful female figure. Now a full-time student at the Academy of the Dark Arts, how will Sabrina’s life and relationships develop, and will she lose the part of her that is human? Watch on Netflix to find out.

“Killing Eve” stars Sandra Oh (Yes, Angela is a secret agent–and a great one at that) and Jodie Comer in a cat-mouse chase that has snared the attention of many binge-watchers. Season 2 is expected to look more closely into the relationship between Eve (Oh) and Niko, “The Twelve,” and another possible meeting of Eve and Villanelle (Comer). Watch it on AMC, BBC America, and Hulu.

Need a new law/crime show? CBS has got you covered with its brand new show, “The Code,” starring Luke Mitchell and Anna Wood. “The Code” depicts active-duty Marines who choose to try cases for military justice in the United States and abroad. Think “The Good Wife” but in the military. So yeah, it’s awesome.

If you liked “To All the Boys I’ve Loved Before,” this one’s for you. Netflix’s new rom-com brings back Peter– I mean Noah Centineo– as a kid who gets paid to be a fill-in-date for girls in need (because who wouldn’t pay to have Noah Centineo take them on a date?). Watch on Netflix to see if he finds real love on his crazy adventure to fund his dreams.

IT’S FINALLY HERE (Winter, that is)! Let’s be real, the wait nearly killed us, but GoT is back and on its final run. The last season left us with several unanswered questions, mostly revolving around Jon Snow being a Targaryen (Dany’s not the last dragon?! Dany is Jon’s aunt?! I feel like I’ve been lied to). If you haven’t watched the first episode that came out Sunday, you’re already behind, and that is pathetic–step up your game (of thrones) and WATCH IT NOW. Catch new episodes every Sunday at 8 p.m. central on HBO.

“Bosch” stars Titus Welliver as an LAPD detective who works intriguing cases while combating difficulties in his personal life, such as the case of his murdered mother. While Season 5 is soon to premiere, Season 6 has already been confirmed–so if you are looking for a show that can last you a little while, this is for you. “Bosch” is available on Prime Video.

“The Red Line” portrays three very different families in Chicago and how their lives cross paths after a mistaken police shooting of an African American doctor. The new show delivers an important and impactful message on the importance of putting aside our differences to overcome tragedy–something particularly relevant in today’s political climate. Watch it on CBS.