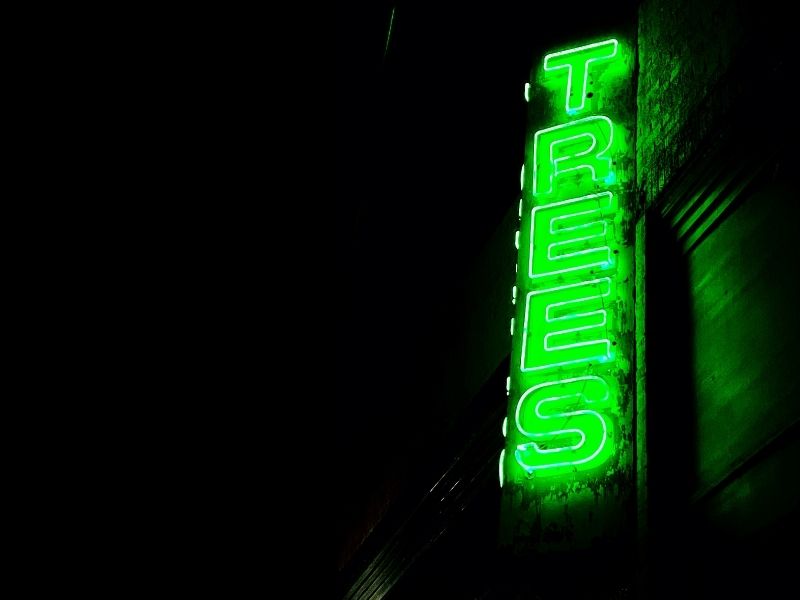 There’s nothing more welcoming than an underrated artist wanting to let loose on stage and seamlessly building a connection with the audience. For lead vocalist Zach Hurd, the band member promised an everlasting show that had everyone on their feet, dancing and grooving to an endless night full of lights, vibes, and the flow of an efficacious aura at Trees in Dallas, TX for Magic City Hippies’s “Water Your Garden” Tour.

Zach Hurd started Bay Ledges in his bedroom after moving to Los Angeles from a small town in coastal Maine. Hurd aspires to give his all on tour as he is currently supporting Magic City Hippies on the last leg of their “Water Your Garden” Tour. After being on tour for four-weeks, Hurd headlined his way through eight headline shows from Boston to Salt Lake City, meeting up with MCH for a total of 11 opening shows.

While previously opening for MCH, Hurd said, “I definitely didn’t know what to expect. I feel that the last headline tour I did in Summer 2019 on the west coast was fine, but I wasn’t really sure if the rooms would be full or how it would be — people really came out… Every show was really solid and people were super into the music and it just felt really good.”

Three years later, Bay Ledges hoped to recreate the shows in which he opened for MCH with an improved touch to the band’s performance. The Daily Campus spoke with Zach Hurd before the opening night of his Dallas show:

DC: Why the name “Bay Ledges?”

Zach: Growing up, my grandparents had some land that was right on this bay in Maine. We had a house there growing up ,and we always called it the Bay. We named the band that because it was this place during my childhood that was really special to me. I was looking to connect my childhood love with music and Bay Ledges.

DC: What got you into music?

Zach: Both my parents listen to music all the time. My dad was super into the Beatles, Beach Boys, and Aretha Franklin. Both of my parents sang and there was a lot of music in our house. I got an electric guitar when I was 13 for Christmas ,and I could not stop playing it. I was getting super into trying to write my own songs. I was also super shy, so it was more of a private thing, but music felt like more of an escape.

DC: How are you adjusting to being shy and now opening and headlining for so many people.?

Zach: It’s funny. I lived in New York for 7 years. I was mostly doing acoustics, singer, songwriter type of stuff. It was just me and a guitar. It was definitely challenging to initially to get up on stage and sing to people. When I started the Bay Ledges project, I wanted it to be more fun. Bay Ledges has evolved over time and I really try to dance up there and feel as free as I can.

One, because it feels really good for me, but I also feel like the more free you are up there, the more it loosens up the whole room. It kinda allows everybody to feel a little more free.

DC: What do you hope people take away from your music and the show?

Zach: I hope they have a good time. I hope it inspires and embraces others to be weird and feel good. I think that’s always the hope.

DC: Where do you get your inspiration from for producing songs, living out your dream on tour, or even having the motivation of being an artist?

Zach: I thinks its been one of those things that I’ve always loved doing. Writing music and producing it is something I can get lost in. I feel like it connects me to a deeper part of myself. When I’m on stage in a similar way, I feel more connected to a raw part of myself. I think when you feel those things, it makes you want to continue doing it ,and try to keep going deeper like “how much further can I go,” whether its in the studio or onstage. How much more free can I get up here? It’s like a challenge.

DC: What has been the most memorable experience on tour or as an artist for you?

Zach: Denver was definitely a huge highlight and New York. I think I was just pretty blown away by the turnout and just how into the songs people were. In Denver especially, I felt this synergy you develop with the crowd and everybody was creating a show together. It’s really amazing.

DC: Is there anything in the works right now that your supporters may not know about?

Zach: There’s a new album in the works right now that will be the first Bay Ledges album which I’m really excited about. Then, we have a new single coming out on March 11 called “Float.” We shot the music video on tour here. The director, Emerson Mahoney, has been in the van with us the whole tour, and we’ve been documenting the whole tour, so we shot the music video on the way.

DC: How excited are you for the Dallas show?!

DC: Now, you’ll be opening up for Magic City Hippies. Have you had any connections or history with them prior to this tour?

Zach: I actually opened for them back in 2018, and I opened up for them for a month. It was really fun. They’re great guys, and they’re super sweet. It’s always nice when you’re opening up for a band that makes you feel like you want to be there. They always feel supportive, and it’s also really cool to see their evolution. They’ve grown up so much as a band, so it was probably 3.5 years since I saw them last, and it’s pretty cool to see how they evolved.

DC: I’m excited to see you open for Magic City Hippies and the chemistry you guys have with building the hype and excitement up! Being an opener is such a heavily reliant part of a show that people tend to look over. Do you normally do anything specific while opening for the headliners to get the audience more engaged with the show?

Zach: I think our set in general has the tendency to get people in the mood to be more motivated for a show. I think we just try to go out there and give out 150%, and go as hard as we can. We try to get the night started on the right note for sure.

DC: What can your supporters expect from your debut album that is currently in the works?

Zach: I think my music typically has this summery feel to it like some drenched sound. I do feel like the sound sonically of the album will be moving forward from where the last EP left off. I think there’s a lot of themes in terms of broken heartedness and humor. I tried to mix those things together, and lost. I think overall with all the Bay Ledges stuff what I tend to do is take things that feel heavy like death or loss and try to put it in a context musically that has some joy in it. There’s definitely some of that on the album for sure.

In life, you know, for me – in my moments of my life where I felt isolated or alone, or the times I’ve lost someone I’ve loved through death or the ending of a relationship, music was a way I coped with these things — turning it into something that feels lighter.

Playing his first song of the night “Like a Bird,” Bay Ledges hit the stage with an uplifting and airy-like song reminding the listener of a time and place where they felt free. Smoke from the stage filled the air as the sound of music created a rhythmic ambience of floors shaking and people quivering. The band made up a forgiving 45-minute performance to the concertgoers who worried about the show’s start time.

The conversational crowd immersed themselves with the artist as each person took turns dancing and singing along to Bay Ledges. “OH MY GOSH — You’re here for Bay Ledges too?!” said a concertgoer, “I thought everyone was here for Magic City Hippies.”

Hurd danced along to the sound of his own music while managing to play the electric guitar. Performing one of his most recent hypnotic singles “Walk Away,” the evening mellowed briefly with a sunset-colored performance of Hurd blending humor with heartbreak, delivering a reminder to the audience to not stress and take-on life with ease.

Then, was a sentimental goodbye from Hurd and the band as Bay Ledges wrapped up the concert with a performance of another free flowing – groove to the beat 2017 single, “In Your Head.” The interlude of the chilly Downtown Dallas night and the turmoil of the outside world was closer than ever. As the artists wrapped up the first half of the concert, Bay Ledge’s kept the stage running through the message of pursuing life with a whole-hearted experience, introducing Magic City Hippies to the stage.