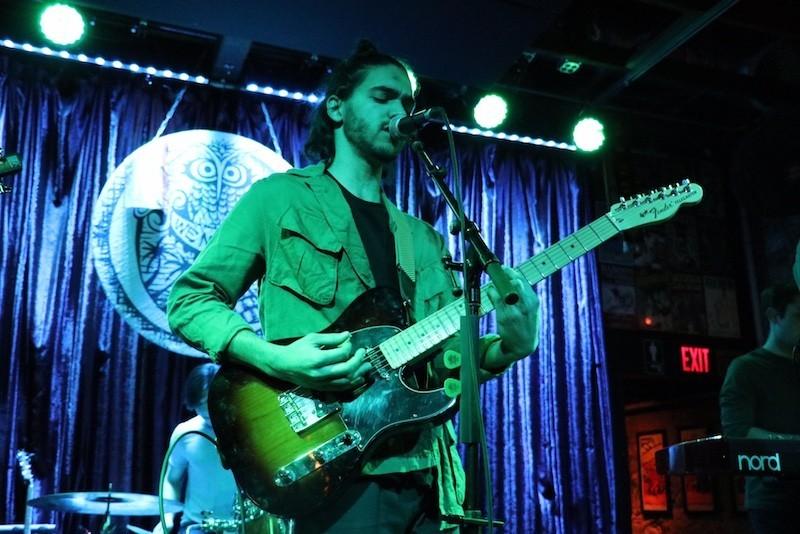 Blue Apollo was in deep. Deep Ellum, that is.

Blue Apollo played at Three Links in Deep Ellum on March 1 to promote its new single “Bite the Bullet.” In a wash of blue and green lights, the band performed for a full bar after the opening band CIITY, another local Dallas group.

“This show was one of my favorites,” drummer Jeremiah Jensen said. “The energy was great and I was stoked to play with CIITY – they absolutely killed it.”

Blue Apollo released “Bite the Bullet” on Spotify March 2 with its EP “Light Footed Hours,” which includes five songs released by the band in 2016.

“Bite the Bullet” was the final song that Blue Apollo performed after a string of hits such as “Walls” and “Avalanche,” and a strong performance on the keyboard by Grant Wolf and the always steady and strong vocals of lead singer Luke Nassar. Not to be ignored were Jensen’s consistent drumming and Rodman Steele on the bass. As always, Mitch Gruen on lead guitar provided his popular hair flips.

But to Nassar, it is being able to release new music and seeing how far they have come that really makes the difference.

“It was fun to see some people who were at the release show last year too who have been supporting us since day one,” Nassar said of the Three Links show. “That means so much to me.”

Blue Apollo is scheduled to play three shows in Austin later this March. Venues include The Chuggin’ Monkey, Touche and San Jac Saloon. The band will continue to look forward as it moves out of the Dallas music scene into other parts of Texas and eventually other states.