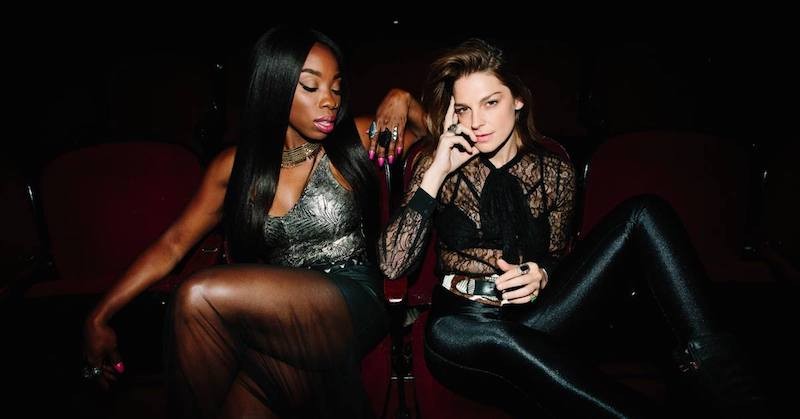 Fresh off their debut album, “Muddy Magnolias” is restarting its tour with a stop in Dallas. The duo composed of Kallie North and Jessy Wilson are making a name for themselves in the world of blues with their first release “Broken People.” Both Kallie and Jessy were kind enough to take the time to chat about their album and their tour. They will be in Dallas on Jan. 27 at the Granada Theater.

Campus Weekly: How’s the tour been going so far?

Jessy Wilson: We’ve actually been on a little break, we ended at the end of December for the holidays, and we’ve been off ever since with the exception of a couple of days shooting a video, and some meetings and things like that.

CW: Are you excited to get going again?

CW: Are there any destinations on the tour that you’re looking forward to?

Kallie North: Well, I’m from Beaumont, Texas, so the Beaumont Jazz Festival, which I didn’t know excited but I’m excited that it does. They invited us to headline and I’ve never played in my hometown before. It’s been a long time since I’ve been back in Beaumont so I’m excited about seeing all my friends from high school. People are coming out of the woodwork: my high school choir director, my drama teacher, just random people that are curious to come see my band and all that.

CW: That sounds like it’s going to be a good time.

CW: So how did you guys get started as a group originally?

KN: Well, I was in Mississippi working as a photographer and writing songs on the side. I drove to Nashville to see if I could open a career in songwriting and there was a man that was working on music row and he was really taken by my music and me and he wanted to help me. To tell him “thank you,” I gave him one of those photographs that I had taken while I was living in the Mississippi Delta of an old, run-down piano. It was framed and he put it on his desk and Jessy had come to Nashville. She was singing background for John Legend and had decided to leave that for songwriting and she wanted to go to Nashville and see what it was all about. She actually walked into that office and saw that picture sitting on that desk and asked to meet the photographer and it was me, so we met up for drinks and started writing tunes and next thing you know, we were the Muddy Magnolias.

JW: That was great.

KN: Yeah, I did it! It’s always really hard to get that down and that was one of my best.

JW: Yeah, it really was.

KN: I love that that’s become a game.

CW: You guys released your debut album earlier this year, what has that been like?

JW: Yeah, we released that back in October and it’s been really exciting. It took us a long time to write the album because we were in another situation. We were signed to Capital Records and really we’ve written two albums. We wrote an album under Capital Records and then after being released from that label we took maybe a couple of the songs but really wrote a whole new album and released it under Third Generation. So when we released it we were really excited about the songs and the sound, so it’s been great.

CW: What’s your favorite song or two off the album?

KN: “Why Don’t You Stay” is our favorite.

JW: I think my second favorite is probably “Take Me Home” and then “Leave it to the Sky.”

KN: And my second-favorite changes all the time but this weekend it’s “It Ain’t Easy.” I kind of forgot about it and my friend texted me a video of her doing her yoga to “It Ain’t Easy.”

CW: Why those songs in particular?

KN: “Why Don’t You Stay” was the last song we wrote before we went into the studio and we actually thought we were finished writing for our album and we went in to a writing session and “Why Don’t You Stay” was born a week before a recoding session. We were so obsessed with it that we were like “Oh my God, this has to go on our record.” There was just such an excitement around that song because it turned into such an amazing arrangement. So that’s why I like that song, because it’s kind of the underdog that just showed up out of nowhere. And then “Leave it to the Sky”—that song is really, really special to us because John Legend played on it, but that’s not the only reason. We wrote two songs that day. That was the second one that we wrote but in the weeks after that, that song gave us such peace and healing when we were going through hard times in our lives. So [due to] the fact that our own song turned around and healed us later, we believe that music can be very healing to people, and ultimately that was the reason we put the song on the record, because if that song healed us in such a hard time, imagine what it can do for fans that discover it. We actually tossed around the idea for a while, like, “Is that song too pop to put on this record?” and I’m really glad that we didn’t talk ourselves out of it because it’s one of our favorites.

CW: So what’s the creative process like with two of you writing?

JW: It varies. Sometimes Kallie walks in with an idea, sometimes I walk in with an idea, we co-write so we might walk into a room and the person that’s writing has an idea. Sometimes it’s a melody or a feeling or something that we’ve been through, something that’s been in the news, it varies. We allow the music to inspire us in so many different ways and it really varies. When we wrote this album it was really interesting because we wrote within so many “genres.” Eventually we landed on the sound of this particular album based on performing for a whole year with no record out. We toured with Zac Brown, Gary Clark Jr, Craig Potter, all before putting out our record so we noted what people were responding to and what really got people excited and that was when we were in that blues rock ‘n’ roll thing. But we write so many different styles; the possibilities are endless just because of our varied influences.

CW: Who would some of those influences be?

JW: Well I grew up in Brooklyn so my mother loved soul music and R&B music so I grew up listening to Aretha Franklin; she’s my favorite singer, and Mary J. Blige, Lauren Hill, Isaac Hayes, but I also really love hip-hop so Jay-Z, Biggie, Kanye West, all that stuff. And of course top hits like Britney Spears whom I love with all my heart.

KN: I think for this record, Aretha Franklin, Bobby Gentry, Led Zeppelin, deep delta blues, like Robert Johnson. We listened to old blues music to take inspiration from and Aretha, and Bobby, and Bob Dylan. Those are some of the prominent artists that were being thrown around when we were kind of honing in on the record at the end of the process.

JW: Lots of just great American music. We don’t think of it as genres.

CW: So were there any songs that didn’t make the album that you really liked?

KN: Are you spying on us? ‘Cause we were just talking about this. The answer is yes, we wrote a ton of songs for this project and there are so many. I was literally thinking last night about all the songs I want to explore in a studio setting and that I don’t just want to cast away. We definitely have a roll over of songs that are really great songs and we’ve even done a few of them live that aren’t even on this record that our band already knows just from watching YouTube videos, so I’m sure just because of them we’ve got to figure out how to record them and get them on there because I’ve got a couple people that won’t stop bothering me about “Alright” and “Down by the Riverside.” They’re like, When are we going to get those songs?” And I’m like, “I’m working on it!”