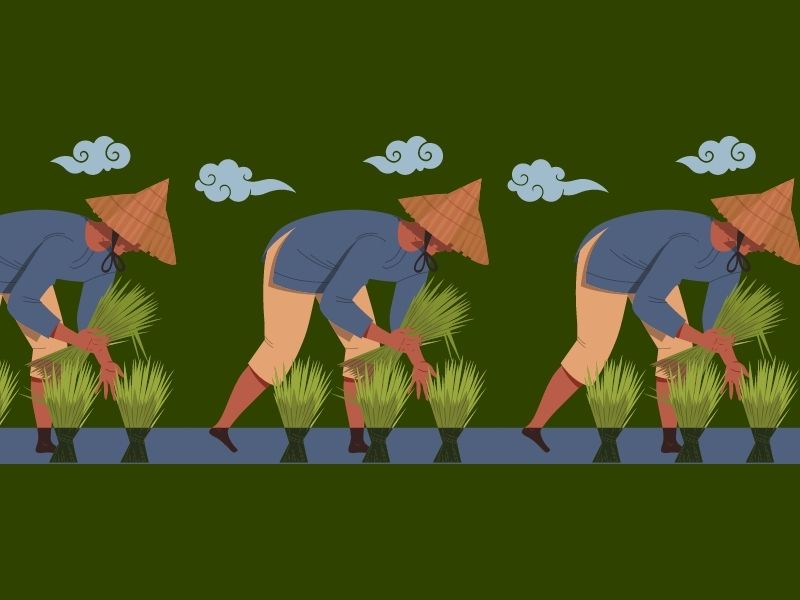 The enduring power of Pearl S. Buck’s “The Good Earth” is largely dependent on the story’s universality, packaged in a rich world of sympathetic characters and dynamic settings. However, the current climate of economic instability – wrought with crises such as the Great Resignation – makes “The Good Earth” an especially salient read today.

The novel’s ability to articulate the nuances of adversity attracted readers of all kinds during the book’s 1931 publication. However, it is the specific economic circumstances of Western audiences amid the Great Depression that facilitated the novel’s monumental popularity.

“The Good Earth” is estimably set in China during the early 1900s, around the turn of the century. The novel focuses on poor farmer Wang Lung’s rise to wealthy landowner through several natural disasters and familial hardships. The themes of respecting the land, filial piety, and admonishing decadence are quintessentially Chinese. Yet, the message of these motifs easily parallels “uniquely” American ideals – specifically, ideals that cycle during moments of poverty.

“He belonged, not to this scum which clung to the walls of a rich man’s house; nor did he belong to the rich man’s house. He belonged to the land and he could not live with any fullness until he felt the land under his feet.” Wang Lung’s resentment toward the rich range is especially sympathetic to Depression-era audiences. The veracity in which Buck describes the beginning of this rags-to-riches tale ensnares a relatable reader.

The anti-rich sentiment in “The Good Earth” resembles the populist, anti-elitism view found most often in rural America. The praise of the “common man” runs adjacent to this belief – revealing the force behind Wang Lung’s appeal. Wang Lung is the ultimate average man; he is someone who understands what it means to be poor, what it means to endure severe adversity. This makes the character a canvas for the reader to project their own desires and insecurities.

The populist mindset, as reflected in American history, likewise centers around those who work the land. The language that Buck invokes when writing about the earth merits support for this way of life. “There was only this perfect sympathy of movement, of turning this earth of theirs over and over to the sun, this earth which formed their home and fed their bodies and made their gods.” The diction is almost hypnotic – one can imagine the rhythm of the plow turning, the comfort in the repetition of the soil shifting.

The appeal to earth invokes a sense of wonder and appreciation of nature, similar to the Transcendentalism movement of the late 1820s and 30s. After 100 years of increased industrialism, Western audiences were perhaps craving a return to agrarian peace.

This emphasis on the beauty almost tempts to overly romanticize farm labor. “Then the good land did again its healing work and the sun shone on him and healed him and the warm winds of summer wrapped him about with peace.” This is not a depiction of sweat and dirt. Instead, the image elicits something akin to a Chinese landscape painting depicting laborers as embellishments along rolling hills and rivers. This also resembles similarly focused Transcendentalist paintings that emphasized the smallness of men among the vast greatness of nature.

This is not to say that Buck ignores the laborious aspects of agriculture, though. “It had come out of the earth, this silver, out of the earth that he ploughed and turned and spent himself upon. He took his life from the earth; drop by drop by his sweat he wrung food from it and from the food, silver.” Hard work is an essential aspect of “The Good Earth” and reinforces the story’s universality. As hard work ultimately results in prosperity for the Chinese farmer, so too do “blue-collared Americans” expect to sow what they reap.

Ultimately “The Good Earth” greatest strength is its ability to create compelling characters in the face of significant struggle – it articulates the most human of stories. Buck’s ability to accurately tell such a common truth makes it easy to find adjacent themes between China and American audiences.

Literature’s role during periods of despair is to inspire and comfort. This comfort comes in the unique form of addressing a need that is so infrequently attended to – the need to be understood. “The Good Earth” does this masterfully, and is worth reading or re-reading when one finds themselves in need of a good cry.