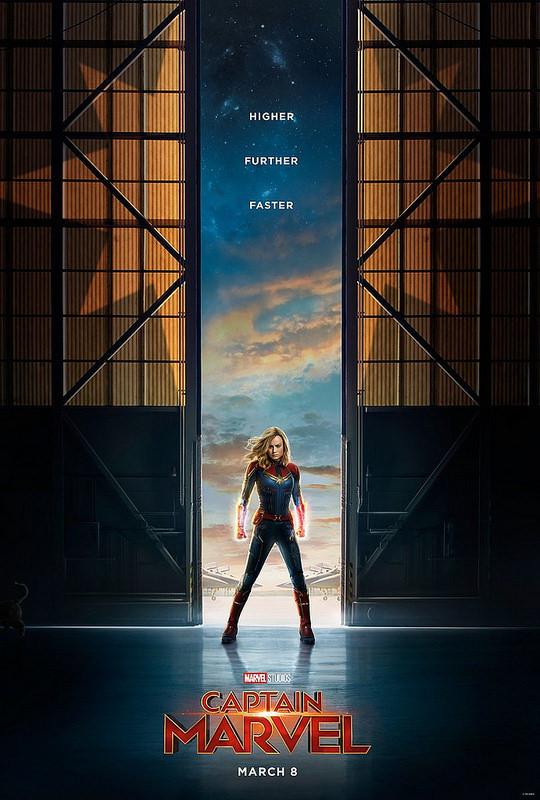 Thanos better be watching his back. He is gonna have quite the fight when Captain Marvel comes his way. Marvel Studios 21st film brings 21st-century themes and audiences back into the ’90s with the release of “Captain Marvel.”

The film follows Carol Danvers (the charming Brie Larson), a young woman with super strength and zero memories. She is living and fighting with an alien race called the Kree but does remember where she comes from. It turns out that in her former life, she was an Air Force pilot back on earth.

After a fight gone wrong, Danvers lands back on her home turf during the age of Nirvana and slow computers. Eventually, she teams up with a younger, and two-eyed, Nick Fury (a de-aged Samuel L.). In the midst of figuring out her enemy, Danvers struggles to find out her past and know her true power.

There is pressure on the movie for a few reasons. First, it is the final precursor to “Avengers: Endgame,” a film that is predicted to break everything from records to hearts. Carol Danvers is the final key to set in place before the final battle against Thanos next month.

However, she must take on the responsibility of being the first female lead in an MCU film. The film bears the weight of that pressure but does fall under it. In fact, the film strays away from making a huge statement about the role, a positive decision on the writers’ and directors’ part. “Captain Marvel” is a movie with a female lead, but that is not its main point or identity. It is a story about the responsibility of power and past.

While there are a number of things for Marvel fans to enjoy within the two hours, some of the strongest parts are the characters. Larson’s Danvers is witty and lovable. She gives the audience a character to bond with, a hero with emotions and someone to look up to. After 11 years of being the “here is what’s happening” guy, Nick Fury finally gets to have his fun. Jackson gives us the character he has probably had in his head for the last decade and it does not disappoint. The friendship between Danvers and Fury is one of the most enjoyable parts of the film. Ben Mendelsohn, as the leader of the Skrull race, steals every scene that he is in, getting to show off more range than his previous blockbuster roles in the Star Wars franchise and “Ready Player One.”

Directors Anna Bolden and Ryan Fleck clearly had fun with the ’90s setting. From Blockbuster to a killer soundtrack, Marvel has pure throwback fun. The cinematography sometimes transitions over to a more vintage feel, giving the movie a different look than its MCU companions. It also, unfortunately, goes a little too dark with the lightning, making some scenes hard to see. The action scenes were not as impressive overall as previous superhero films but are saved by the skill of Larson and the strength of her character.

“Captain Marvel” is a movie with a female lead, but that is not its main point or identity. It is a story about the responsibility of power and past.

The film suffers from it’s pacing, with the final act lacking the energy it needs and the story taking a while to get started. Due to the level of greatness that audiences have experienced with the MCU, it’s difficult to be completely in awe of “Captain Marvel.” While a solid and enjoyable film, it still does not compare to other installments in the series. However, the film checks the boxes it needs to while going higher, further and faster.

“Captain Marvel” is an exciting, unique and highly entertaining film that fits into the MCU and current era perfectly.

Remember to stay for the credits!