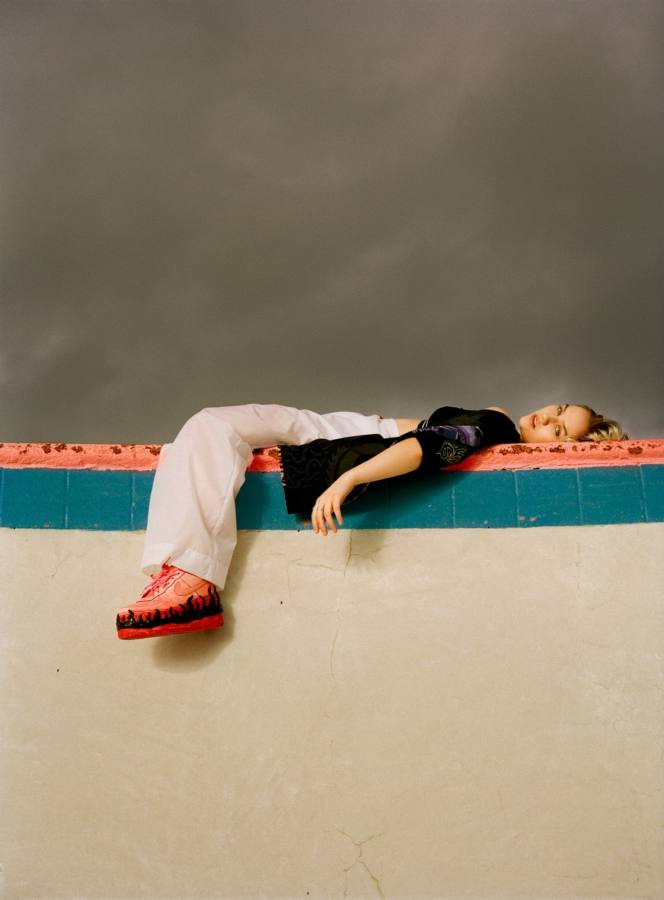 When 10-year-old Carlie Hanson went to see rock band Disturbed for the first time, she did not imagine that only eight years later, she, too, would be signed to the same label—Warner Bros Records. As time went on, she started listening to artists such as Justin Bieber and Nirvana and her inspiration grew.

“The reason I fell in love with music is because of how well I connected with it,” Hanson said.

She graduated high school at 17 years old, knowing that school wasn’t for her. According to Hanson, her counselors told her to have a back-up plan, but she was sure about pursuing her music career and quickly began working with producers.

As of today, Hanson has been on tour with artists such as gnash, Yungblud, Troye Sivan and is currently traveling the country with the indie band Bad Suns.

The Wisconsin native performed in at the House of Blues in Dallas on April 6. The moment she came on stage, audience members were whispering comments such as “she’s good” and looking her up on their phones. With her powerful vocals and energetic stage presence, Hanson had the crowd invested.

“it’s always so nerve-racking being the opener and trying to get the audience to participate,” Hanson says.

Yet, the audience was participating throughout her entire set. She got concertgoers to put their hands up, jump, clap, and even sing along to a few of her songs.

The rising pop star was not afraid to show off her many talents. She beatboxed, danced, and used all of the space on the stage to put together an unforgettable performance. Her fearless persona, however, has been developing since her childhood. According to Hanson, she grew up putting on talent shows in her living room for her family.

“I love you guys already. Yeehaw baby,” Hanson said, establishing a connection with the Dallas crowd.

Even though she knows how to have fun, Hanson isn’t afraid to get real. On stage, she tells the story of her friend back home who began making what Hanson thought were questionable decisions. She performed a deep song that she wrote about her called “Hazel” and received high praise from the audience at the House of Blues.

“Everyone loves that song and wants me to release it,” Hanson said in a later interview.

Carlie Hanson is bringing a new voice to pop music. According to her, her mission is to spread positivity and let people know they’re not alone.

Hanson is currently focusing on releasing a full album but in the meantime is holding us over with a new song, Back in Your Arms, coming out on April 26.