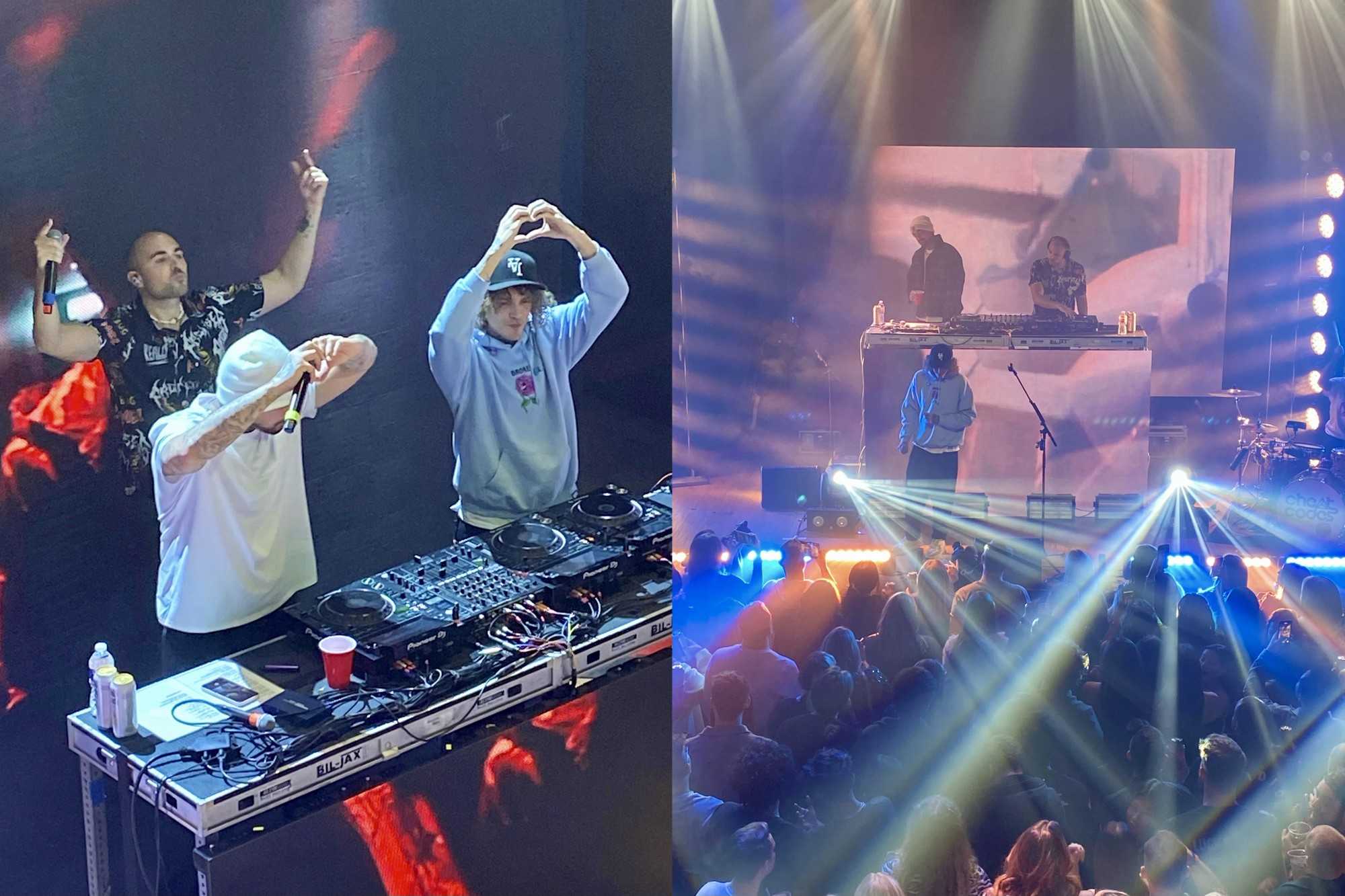 Cheat Codes always promises their fans for a good time, and the electronic-pop band brought no other promise to the crowd at The Echo Lounge & Music Hall in Dallas, Texas for their “Hellraisers” 2022 Tour.

The Los Angeles based EDM group found the ‘cheat code’ to delivering an ecstatic and energic atmosphere. With Zack Martino opening up the show for the night, the DJ assured that those attending the concert got a taste of the feel-good juggernaut presence fans would experience during the headliner’s performance.

Coming to the stage after Martino was Party Pupils. Delivering a Techno-European Dubstep vibe to his music, the DJ lead an adrenaline driven and vibrant feel to the music hall. Party Pupil wore a fully neon outfit that matched the back-screen of his brand highlighting mash-ups from the 1990s and 2000s. One of the most memorable mash-ups was TLC’s “No Scrub,” transcribing nothing more than a mutual love for those who love throwbacks.

Party People even played their fan’s favorite song, “Love Me For The Weekend” featuring Ashe. The DJ played a new project called “Shake That” in which he shared to the audience. With the crowd growing closer to the time of Cheat Codes performance and the music getting louder, Party Pupil says that he wants to “see this big energy [in the crowd]…We got Cheat Codes coming up next.”

Completing his opening act and leaving the stage, the backdrop screen premiered a triangular-robotic like countdown that counted up the percentage of Cheat Codes time to come on stage The main stage was outfitted with an elevated DJ stand and mushroom that went along with the psychedelic feel of the band.

Those in the audience wore nothing more than vibrant, explicit colors and patterns that illustrated a touch of Cheat Codes vibes accessorized by an alcoholic beverage. On the ground floor were many fans dancing along to the openers while having a drink and a fun time with their friends. Amid waiting for headliner, Cheat Codes, the venue carried a loose feeling with no thought in anyone’s mind. The atmosphere carried a euphoric feeling with strobe lights striking each corner of the venue, and people dancing loosely to the soothing yet softly-narcotic sound of the clash of music and conversations.

On a night when it wouldn’t have been surprising to see a thinner crowd at the time the doors opened , more than 100 people braved the elements of filling up both levels of The Echo Lounge. The significance of the crowd was not lost for frontman Trevor Dahl, who took the lead on stage and admitted that he and his bandmates were “so happy to be here in Texas. You have no idea.”

The group caught fire on stage introducing their show with their song “Balenciaga,” from 2018’s breakthrough album “Level 1.”

The sense of inhabiting psychedelia and jubilant effects during the concert was felt throughout the night, particularly on the band’s performances for “On My Life” with baby pictures of each individual band member, “Shed a Light” which features Robin Schulz and David Guetta, “Lean on Me” and their most well-known song “No Promises” featuring Demi Lovato. When words went silent, instrumentals took the lead in pumping up hearts as the beat of the drums synced in with the beat of the audience’s hearts.

Trevor Dahl assured that the crowd was hyped up as confetti dropped from the highest points of the venue and smoke from the stage flew up into the air. “DALLAS, It’s time to wake up! Here we go!” said Dahl.

The power of the band’s music eliminated the need for elaborate visuals. Thin, vertical lines of Strobe lights shimmered and swayed behind the group. Banks of lights on the sides of the stage bathed the crowd in purple and green at suitable moments. Dahl hopped over the barricades, and jumped into the crowd taking a sip of a fan-offered alcoholic beverage. Making his way through the crowd, Dahl made sure that everyone was experiencing an equal experience as he wondered his way from the left of the crowd to the right of the crowd asking how each side felt.

During their performance, the band members Trevor Dahl, Matthew Russel, and KEVI took turns holding the mic out into the audience. Nothing else but bliss and beauty was herd through the mic. Whether you were standing on the balcony or on the ground, the floor vibrated with the beat of the music while the backdrop played the music videos of Cheat Code’s song they were performing at the moment.

“If this is the first time you’ve ever seen Cheat Codes live, make some noise” said Dahl. The crowd roared in excitement.

At the end of the night, Cheat Codes, Party Pupil, and Zack Martino took a photo with the audience and left the stage for their after party held at Lit Kitchen and Lounge in Dallas.