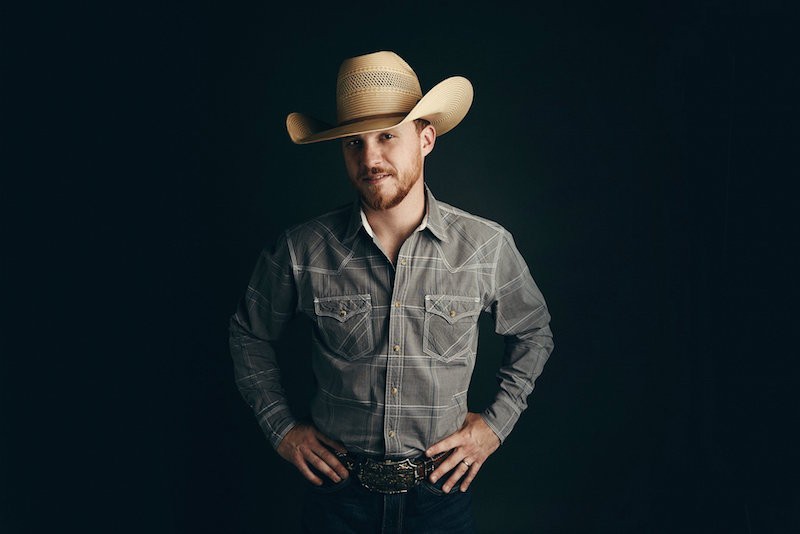 Cody Johnson, a blazing new country crooner, is winding his way across the country and made a stop in Dallas to play the State Fair of Texas on Oct. 8. The singer recently released his new album, “Gotta Be Me,” to huge success and is celebrating the release with a series of shows. Earlier this week, The Daily Campus was lucky enough to chat with Cody about where he came from and how he got where he is now.

Cody Johnson: It never really was an intentional decision, it wasn’t a strategic “I wanted to do this.” No matter what I am doing in my life, no matter what job I had, whether I was trying to go to college, rodeoing, or whatever I was doing, music was always just seemed to be in the forefront. I always had a band as a hobby and even in high school we had the FFA talent team band. We had a little small band and would play in the DFW halls. Even when I was rodeoing and holding down jobs I always had a little band to play on Friday and Sunday nights and eventually I think whenever we recorded the very first album “Six Strings One Dream” in Austin that was when I really started to think you know now that we really got an album out and let’s get some radio to play it. That’s when I really thought “Holy crap I’m a musician!” and it kind of just happened man. I’ve never looked back. Daddy didn’t raise no fool.

DC: Did you say you worked in the rodeo?

CJ: Yeah I used to ride bulls semi-professionally and at the time right after high school I was working for the prison system in Huntsville and I was riding bulls where I could and playing shows on weekends and what not and not really sure what I was doing with my life to be honest. Just a young 18/19-year-old kid just living you know? And eventually the music took over riding bulls because I was playing so much. Then it was hard to get back to work on time and eventually I had to cut-loose the job and take the chance and roll the dice and see if I could do this on my own.

CJ: Well you know I mean there were times I thought this is the dumbest thing I have ever done and obviously it wasn’t. It just literally comes down to I graduated from high school in 2005 and ten years later I look back at all those hard times when I didn’t really have anything and we didn’t really have any light at the end of the tunnel and it just came down to working hard and just keeping the faith.

DC: So did you have any musical inspirations while you were getting going?

CJ: You know I mean I think every kid playing country music wants to be George Strait. I mean for the rodeo side of things for me I was selling tapes and CDs off my tailgate at rodeos trying to make extra money and that’s how I found out who Chris Ledoux was. I think that watching guys like Willie Nelson be who they are unapologetically and being able to create a career. And because of that seeing guys like Pat Green and Corey Morrow, but then also at the same time seeing guys like Chris Ledoux who was on a completely different independent scale of Garth [Brooks] and George [Strait] who are record label big-time artists, I never really knew which one of those guys I really wanted to be. I just knew that there were certain aspects of each one of my favorite artists and influential artists that I loved and respected and I kind of wanted to find what about all those guys works for me. And you know I think that finally after all those years I’ve found it.

DC: Your most recent album, “It’s Gotta Be Me” that’s your sixth studio album, right?

DC: So how would you say your sound had evolved or changed over your course of all six of those albums?

CJ: Well you know I think with anything, whether it’s swinging a baseball bat or twirling a rope or playing music, I think each time you do it you want to be better. You want to be better than the last time. And not to say there is anything wrong with your last performance, you just have to keep that mindset. And just like live shows, man, the last show just wasn’t good enough and we need to make it better. I think in doing so, in pushing myself like that, and having Trent Willmon as my producer, that’ll allow me to push myself like that towards it being a good productive push and not a negative thing. I’ve felt myself come into my own a little bit more to where it’s not just trying to prove “Hey I play country music,” it’s just “Hey guys my name is Cody and I play this brand of country music and this is who I am.” That confidence is I think something that has changed, sure.

DC: Would you say your live shows are more important to your identity?

CJ: Well it’s a huge part because that’s where everything started from. That’s the bread and butter. You know for a long time playing music live, I never thought that we would have the funds to go record a record. And then, you know, once you go record a record and you’re playing live and you’re playing for bigger audiences and more broad audiences, you start thinking “Man there might be a future in this recording thing,” but it all comes down to your live shows. You can record whatever you want but you have to be able to back-up the smack you talk on your albums with a live band and that’s a big piece. We want you to come to our shows and hear a completely different band play the same stuff that was played on my record and enjoy it and pretty much it’s about whether or not you buy it. We want you to be able to come to the shows and say man that’s a record, I’ll buy that.

DC: What could we expect from a typical Cody Johnson show?

CJ: Man, lots of energy. Lots of crowd involvement. It’s not just my job to stand up there and play pretty songs. It’s my job to make sure that you have had a great time and that you want to be back in that atmosphere that we call our show. To me we get to be family; the crowds, the band and myself, get to be family for 90 minutes a night and we get to share that experience together. It’s very involved, very crowd involved, I want to keep the pulse in the crowd and a lot of times we let the crowd pick the songs we play by the way it feels when we start. I mean we can change the set list depending on how the crowd feels. Probably my favorite part of the career is being able to get out and pound the pavement and talk to people every night.

DC: Do you have nay specific concerts or shows that have been super memorable?

CJ: Well, obviously your first time into a lot of places, first time playing Green Hall, first time playing Billy Bob’s, the same way it will be hopefully one day I will get to play the Opry and it’ll be that same type of experience. Really and truly this last year our co-production and full-production shows that we’ve had a huge hand in as far as putting all the production that’s been a huge leap for me because we’ve done it without outside help and to do anything independently or virtually independently is I think it has more of a luster to it.

DC: Is there any song that you’ve put out that you say is maybe your favorite? If you could recommend a song to people who don’t listen to your music, to get into your discography, what song would that be?

CJ: You know that’s a really hard question to answer. Because I feel like “The Cowboy Like Me,” the title track of our last album, is probably one of my favorite songs that I’ve ever written. But it is a little bit slower of a song so I wouldn’t necessarily recommend that to try to get to know who I am especially as our live show stages; like I said our live shows are very energetic, very in-your-face. Not that we don’t play slow songs, it’s just not very representative of the entire picture. I think that this record that we have as some songs that potentially, if we put them out, will be that song that I can say: “Listen to that and that is who I am.” But I don’t know if I’ve found it yet man, I’m still looking.

DC: What tips or advice you would have for anybody out there who is aspiring for a career in the industry?

CJ: Don’t quit. Don’t put yourself first. Give it over to the good Lord man, pray about it and work hard. Never take the little things for granted. You know it’s all about how hard you work and how bad you want to reach that goal, no matter what your goal may be. You know Aaron Watson is a perfect example of that. He just got inducted into the Country Music Hall of Fame as the first number one independent record with underdog. That’s a huge inspiration for guys like me: the underdogs. And I think that should be an inspiration for every underdog, from the top of the scale to the bottom of the scale, we should all never quit playing music. Don’t ever take no for an answer. If it’s in your heart, go play man.