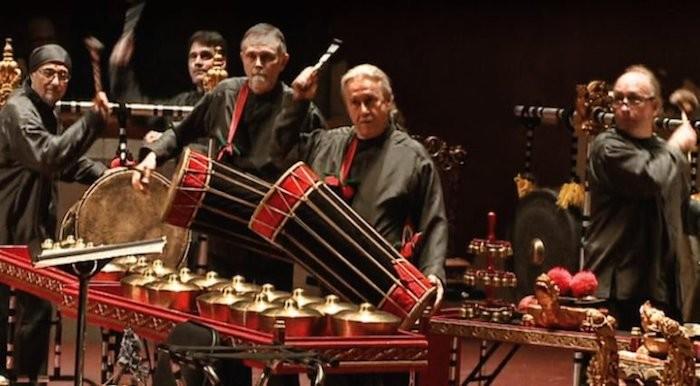 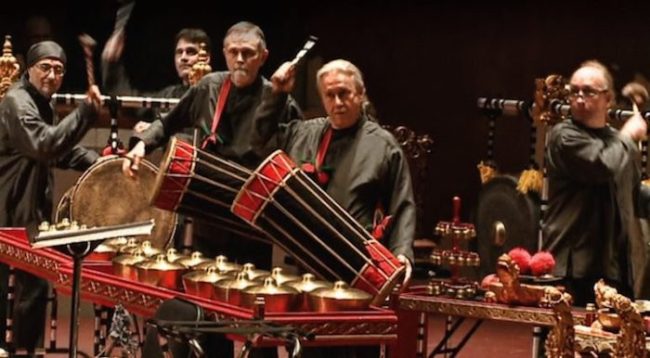 The Texas music scene is about to get another burst of inventive collaboration through upcoming documentary Dare to Drum, an experience that follows the story of Stewart Copeland, D’Drum and Maestro Jaap van Zweden. The three artists combine their percussive talents to create unique, innovative sounds on- and off-screen.

Each musician brings individuality in their unique background and skill. Copeland, a “rockstar composer,” is known for his time as the drummer of the legendary group The Police. D’Drum is a Texas-based world percussion group. The five-man ensemble hails from Dallas and brings a completely new sense of rhythm. Maestro Jaap Van Zweden is a Dutch conductor of the Dallas Symphony Orchestra. Together, these three synthesize their musical gifts in one large package: Dare to Drum.

Dare to Drum is the film vessel for the group’s performance “Gamelan D’Drum.” The group spent three years composing, rehearsing and recording this “musical synthesis of pitch, rhythm, and orchestration.” The production included trips to Bali and Java, and their hard work paid off; in 2011, the show was ready to premiere live with the Dallas Symphony. However, when unusually icy cold weather jeopardized their dream project. The film follows this journey and includes a full 30-minute concert from the Dallas Symphony.

The film will be released on multiple platforms Sept. 19.