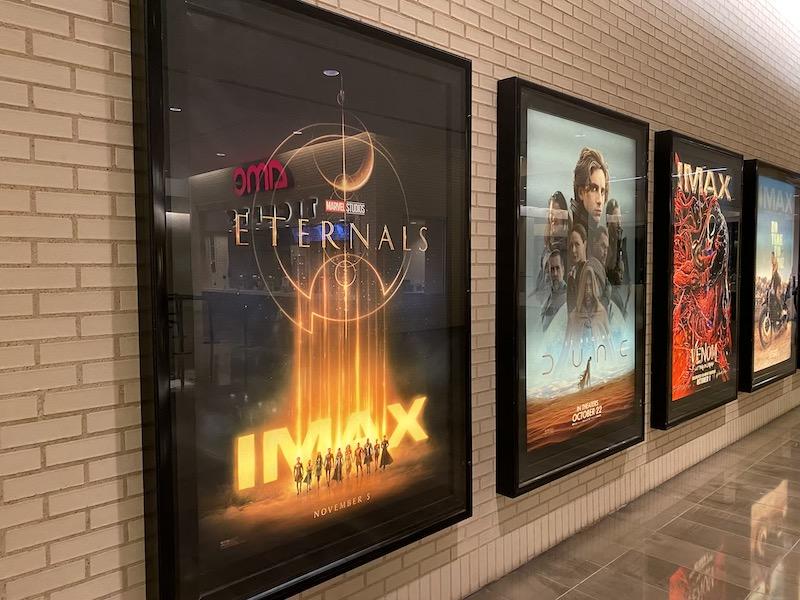 A new Marvel movie usually means fans will be treated to the origin of a new superhero, but “Eternals” tells the story of 10. While the film is not the best entry in the Marvel Cinematic Universe, it is certainly not the worst.

The movie defiantly refuses to stay in chronological order, jumping back and forth in time, because this is the tale of heroes who have lived on Earth for 7,000 years. The Eternals are a group of superpowered immortal beings created by gods called the Celestials. The Eternals have watched over humanity since the dawn of civilization, keeping the humans safe from aliens known as Deviants, .

The Eternals haven’t popped up in any movie until now because the Celestials told them to never interfere in human conflict unless Deviants were involved. That’s why they didn’t help with WWII or stop Thanos from snapping away half the universe. The Eternals thought they had wiped out the Deviants in the 1500s, but they reappear, forcing the Eternals to come out of hiding and save the world.

Unlike a movie about a boy who gets bit by a spider and fights bad guys, the concept for “Eternals” is a lot to grasp for the average viewer. With so much to cover, it is understandable the film runs a staggering 2 hours and 37 minutes – second only to the 3-hour-2-minute-long beast that is ‘Avengers: Endgame.”

But with these complex characters there is never a dull moment. One moment they are fighting giant CGI beasts with ballet-like precision, and the next they are sitting around the table cracking jokes at each other like it’s Thanksgiving dinner.

“Eternals” is also a film jam packed with stars like Angelina Jolie, Salma Hayek and Richard Madden. This group is also one of the most diverse ensembles to appear in a Marvel film: Three of the Eternals are Asian, two are Black, one is Latina, and four are white. Also, Ridloff is deaf and Henry plays the first gay Marvel superhero.

Thanks to the diverse casting, even more young fans will be able to look up and see themselves on screen. In the wake of the box office success of “Black Panther” and “Shang-Chi,” it is as good a time as any to see more representation in the Marvel universe and on the big screen. According to an 80% audience score on Rotten Tomatoes, the fans seem to agree.

But of course, this is America and with every bit of progress comes major pushback. “Eternals” features the first same-sex kiss in the history of the Marvel Cinematic Universe, which caused several people to “review bomb” the film on sites like IMDB. However this didn’t seem to prevent people from going out to see the theater exclusive movie. “Eternals” grossed over $71 million domestically in its opening weekend, the fourth biggest opening in the pandemic.

While “Eternals” does dazzle the audience with amazing visuals courtesy of Oscar-nominated director Chloe Zhao, the heart of the film is its characters. Their names and powers are complex, but their dynamics are familiar. It is always obvious how much they care about each other, despite how they bicker like siblings. Although we get introduced to ten new characters at the same time, their performances makes it feel like we have known the Eternals forever.