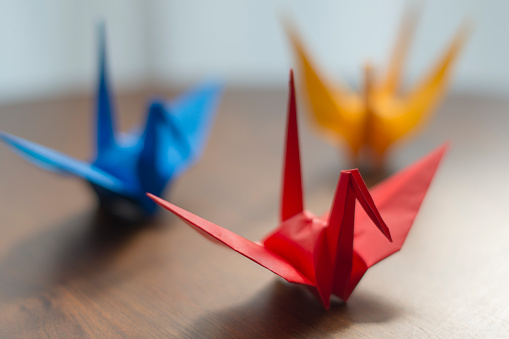 10 SMU students are on a mission to help an agricultural community in Uganda get clean water.

Although access to water is never a scarcity for SMU students, this is a different story in Uganda. That’s why students came together for a project called Paper For Water to raise money for wells in Uganda.

Paper For Water is a non-profit organization based in Dallas. It has worked to create water wells in Uganda for 11 years by selling origami figures. The volunteers who installed the wells in Uganda will often return to visit the community. The volunteers had the idea to meet with some of the locals and teach them how to fold origami figures themselves.

The Navajo reservation in New Mexico was the fortunate recipient of the donations raised by the sale of origami figures created by the Ugandans this time around.

“This is a really cool project,” SMU student and organization head Travis Nolan said. “A lot of times it’s only kind of one-way, but this way they were also able to give back.”

“This community was hit really hard by COVID and they lost a lot of their livestock,” Nolan said. “The idea behind this project is that we’re folding origami bulls and chickens that will be used to raise money to buy them livestock again.”

SMU students can attend the Paper For Water folding event meetings that are held once a month. More specific information regarding the dates and times of the next meeting can be found on SMU connect. They can also follow the Instagram account @smupaperforwater to stay connected with this organization.

The SMU Paper For Water group will make Christmas-themed origami for a gift fair in December. The money raised will be donated to Uganda.

“The plan is to have monthly events and some meetings that the members of the project can come to,” SMU student and organization head Ana Sofia Reyna said. “We meet at the Service House and fold for whatever project we have.”

Freshman SMU student Miriam Hagen found out about Paper For Water on campus through word-of-mouth. She met head organizer Nolan at church where he directly invited her to join the team.

“Since then, I really feel like we’re able to have more members because I’ve been able to tell other people about it who are interested,” Hagen said. “There really is a community built around being able to come when you have time to help fold.”