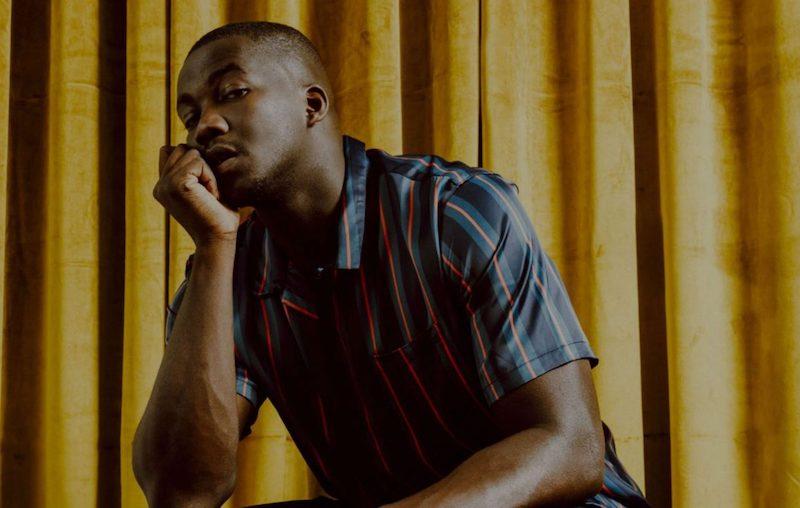 In the narrow backstage room of Dallas’ Granada Theater, a TV paused on the video game Grand Theft Auto is balanced on a sofa. Musician Jacob Banks plays video games before he goes on stage. He fills most of the waiting periods that constellate touring with video games.

“Actually most of my songs I write when I play video games. It’s one of my favorite things to do to pass time, because touring you spend a lot of time waiting. You get to the venue at 9 a.m. You’re waiting ‘til sound check at four. You sound check your way to perform at nine,” Banks says. “There’s lots of gaps that need to be filled and we all like playing video games.”

Video games are an unexpected catalyst for song writing. Hailing from Birmingham, UK, Jacob Banks did not set out to pursue a career in music. He has a degree in civil engineering. At age 21, when Banks’ best friend died abroad, Banks changed trajectory. His career was forged from a crucible of grief and desire to make the best of life.

Banks writes poetic songs about his personal experiences and what it means to have a marginalized identity. One such song that explores the experience of marginalized people is “Love Ain’t Enough.”

“‘Love Ain’t Enough’ sounds like it’s boy-meets-girl, and the boy feels as though his love is not enough for girl,” Banks says. “But what it actually talks about is– like in the lyrics I use lots of connotations from slavery, and the elegy of the song is I feel as though–at the time anyway and I guess still now–anything the minority do, the oppressed do, it never seems to be enough, to be made to feel as though you’re equal.”

“There doesn’t seem to be any way for us to win,” Banks says. “And that goes for black people, for women, for Muslims–whatever form the oppressed takes. It always feels like a lose-lose. It’s one of the only places I feel like love by itself, even when you show love, when you show respect– it never seems to cross the threshold.”

“anything the minority do, the oppressed do, it never seems to be enough”

But bold honesty is often met with criticism. Banks takes criticism in stride. He says it’s hard, “but it’s a punch you have to take in order to fight the good fight.”

At the beginning, bringing honesty and vulnerability to his songs and on stage was difficult. “But now it’s necessity for me. Like, my job that I try to do is to keep people company. And I believe to do that, I have to be honest with myself,” Banks says.

“My job that I try to do is to keep people company.”

Banks has found liberation in writing and performing music.

“This is a massive escape for me, to be free. And for me to enjoy a process, I have to really say how I feel just so I can move past what’s holding me back, or whatever it is,” Banks says. “Once I put pen to paper, whatever it is, I feel like I’ve let it go.”

“Once I put pen to paper, whatever it is, I feel like I’ve let it go.”

“I think vulnerability is always hard, but, again, it’s hard conceptually,” Banks says. “But I understand the necessity of it, so it makes it easier. I understand the job I’m doing is necessary.”

Banks hopes his songs chip away at toxic masculinity and the dehumanization of marginalized people.

“As a black man, I feel the need to convey my emotions eloquently and be okay in seeming human. I have to be okay with that. So it’s a double-edged sword,” Banks says.

Banks has found a similarly liberating love for the people he works with. He has been touring for two years, and he has not felt homesickness.

“Wherever my people are, I’m home.”

“I think that’s what music tries to do. It doesn’t have the answers. It just has to let people know ‘you’re not the only one,'” Banks says.

“Pain is so synonymous. It doesn’t pick sides. It’s very fair to everyone. Everyone gets their share amount at some point throughout life,” Banks says.

Even if you were to live a life free of pain, Banks says, at one point you will die and “death itself is absolute.”

“And you will cause heartache to somebody because you’re no longer on this planet,” Banks says. “So pain is going to come, and music just lets people know, ‘Yo, you’re not alone. I know what it feels like to go through this, to go through that.’ And you can either have nostalgia in love, or company in pain.”