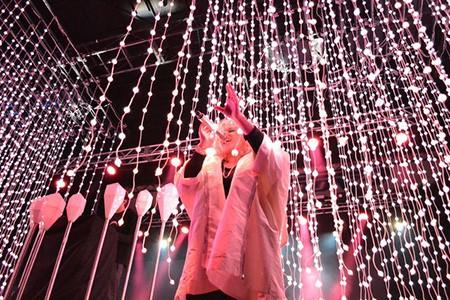 Aside from some logistical hiccups, last weekend’s Fortress Festival set the foundations for what could be a frontrunner in the North Texas festival scene.

In order to get back to the Will Rogers stage from the Modern stage, attendees had to walk around the entire festival grounds and get their wristbands scanned and their bags re-checked.

“This is the most wack festival setup I’ve ever seen,” an attendee said while making the trek.

Many attendees decided to avoid the walk by staying at the Will Rogers grounds where they could also eat and purchase merchandise.

The Modern Art Museum hosted smaller acts on a stage positioned over the reflecting pond behind the museum, positioning all attendees approximately 20 feet away from the stage. Such a unique yet small and far-away setup did not pay off and elicited artists’ complaints.

However, Fortress Festival delivered an impressive lineup packed with locals and popular artists and brought in over 9,000 attendees. Rap duo Run the Jewels headlined after a visual-led April 29 performance from Flying Lotus.

Flying Lotus’ performance was as visually stimulating as it was funny. He mostly sat behind a large see-through screen displaying colorful graphics. Flying Lotus often interjected with comedic sentiments during songs such as “The internet ain’t real” and “The IRS took my money.”

After Flying Lotus performed, EI-P and Killer Mike of Run the Jewels jumped onstage to instantaneous applause. Their performance was kinetic, both rappers jumping back and forth in synch with one another.

At one point in the show, EI-P spoke directly to the crowd. “Look to your left and look to your right and know that there is a community that gives a f*ck about you,” EI-P said.

Sunday was less packed than Saturday but still drew in large crowds for Slowdive and Purity Ring. Other highlights included So-So Topic, a local rapper who recently relocated to Oakland.

The rapper displayed contagious, witty quips and high energy. His telling of the story behind the song “Why’d You Steal My Backpack?” had a stoic crowd laughing and grooving along.

The ’90’s staples Slowdive put on a standard show that took everyone back to another time. The lead singer stood in the same spot for most of the show, only to walk away for the long instrumental finale.

Purity Ring closed the weekend with an eccentric light show. The strings of LED bulbs, glowing orb and light-up drum machine took an hour to set up but was worth the wait. Lead singer Megan James took the stage and began to stroll through the “forest” of lights. The LED bulbs created shapes of various colors throughout the show, perfectly emulating the feel of each song.

James danced in slow, contorting movements as she sang in an effortlessly choreographed show. She stopped only to say a few words about the show being their last one of the year and encouraging fans to expect new music.

Fortress Fest was ambitious in its star-studded lineup and and unique setup. As a first-time festival, the event set the bar for what’s to come. Now what’s left is to see is how high they can raise it.