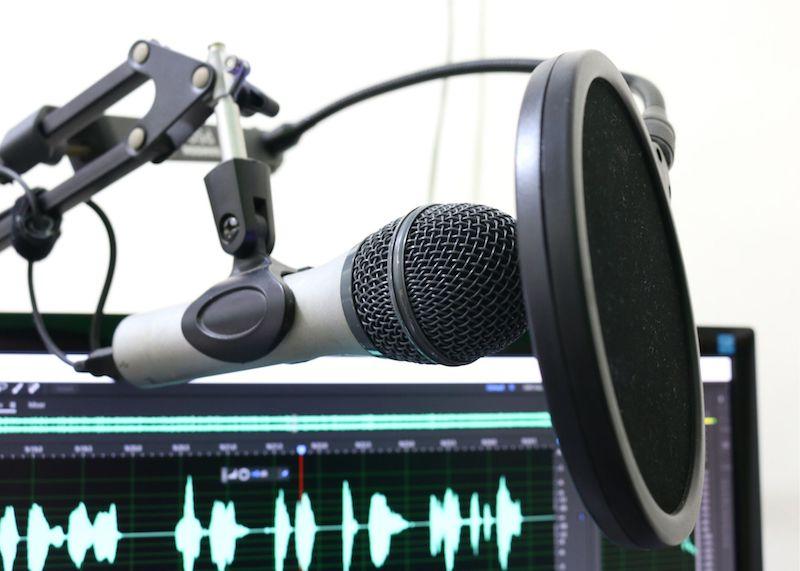 18-year-old Grammy winner Billie Eilish famously got her start on SoundCloud, a streaming platform well-known for its amateur rappers and bedroom pop producers. With hundreds of millions competing for attention on SoundCloud, Eilish’s success story is rare.

Abby Cole, a junior at SMU, is an independent singer-songwriter who just started using streaming services last year. She’s released three singles as well as an EP, “Is It Not Strange?” Cole recognizes that Billie Eilish’s story doesn’t really reflect the normal experience for unsigned artists on streaming platforms.

“She had this whole accessible setup that not a lot of people have,” Cole said. “At the very beginning of her career, she had a million connections. And so, that’s how she got started growing.”

Musicians are flocking to streaming services like never before. But with so much competition and so little payout for artists, streaming has become a sort of necessary evil for musicians looking to kick-start their careers.

The music streaming business is notorious for paying musicians peanuts, despite its huge growth in recent years. The streaming industry amassed $8.9 billion in global revenue in 2018.

Spotify, Apple Music, Pandora, and other streaming platforms pay their artists based on how many streams they get. These numbers are especially low for unsigned, up-and-coming artists who lack the marketing team to help grow their audience and get more streams.

Luke Nassar, an SMU alum and former band member of Blue Apollo, has published music on streaming services since the band’s 2016 single, “Walls.” Nassar released his first solo single, “Say It Out Loud,” in early 2019.

“You’re not making any money off your recorded music,” Nassar said. “To make $100,000 off a song on Spotify, you need 300 million streams. And it can cost thousands of dollars to make one song at the top level of production.”

Despite getting paid little for publishing their work, hopeful young artists have to make their music available on streaming services in order to reach an audience and get heard.

Derrick Horne, a producer, performer, recording engineer, and SMU professor, says music streaming has created all kinds of opportunities for young artists that past generations never had before.

“The whole thing with streaming now gives young, talented people an opportunity to do something they like as a hobby, and possibly monetize that while they’re focusing on another direction,” Horne said. “It just opens up so many avenues of what can be done now.”

Today, it’s incredibly easy for hopeful musicians to get their foot in the door as unsigned artists by using third-party distributors, or label service companies, to make their work available across all streaming platforms.

While anyone with an account on SoundCloud can upload their work, other streaming services like Spotify and Apple Music require a third party to handle royalties and act as a distributor for unsigned artists.

Some of the most popular third-party distributors include TuneCore, CD Baby and DistroKid. Both Cole and Nassar currently use DistroKid to release their music on streaming platforms. Unlike other distributors, DistroKid also offers artists a chance to make their music available on Instagram stories and Tik Tok.

“If you have a lot of followers or a lot of fans, a lot of subscribers, you can literally do better for yourself than you may have with a major label taking months to promote something,” Horne said. “The whole idea of streaming and social media and all these things–it’s just changed the game now.”

Streaming services and third-party distributors work wonders to help artists get their work out into the world, but it’s still unlikely that doing so will instantly launch an artist to Ariana Grande-level stardom.

“It’s harder to get to the top, but it’s easier to get in the game,” Nassar said. “Then it’s all about product strategy from there and how to build your brand and how you release the music.”

This is the biggest roadblock that independent artists face when using streaming platforms without a record label: they have no marketing team.

Third-party distributors may provide musicians with the ability to publish their own work online, but this has led to an oversaturation of the industry. More competing voices means that young songwriters have to work harder to promote themselves and their music.

Just creating music alone is no longer enough for musicians to truly support themselves. In the age of streaming, artists have had to seek out other ways of earning a living.

“You have to make your money performing,” Nassar said. “That’s really where the money comes from. You’ve got to sell merch. You have to build a whole online presence now and be a brand and be accessible for partnerships. You almost got to be an influencer.”

The growing need for successful musicians to be more than just musicians isn’t all bad. The competition on streaming services like Spotify and Apple Music pushes artists to put out their best work, get creative, and do new things with music that others haven’t done before.

“If you use good taste and do the best you can, have good influences, and get help making your music as good as you can,” Horne said, “somebody’s going to enjoy this and be willing to help monetize what you do.”