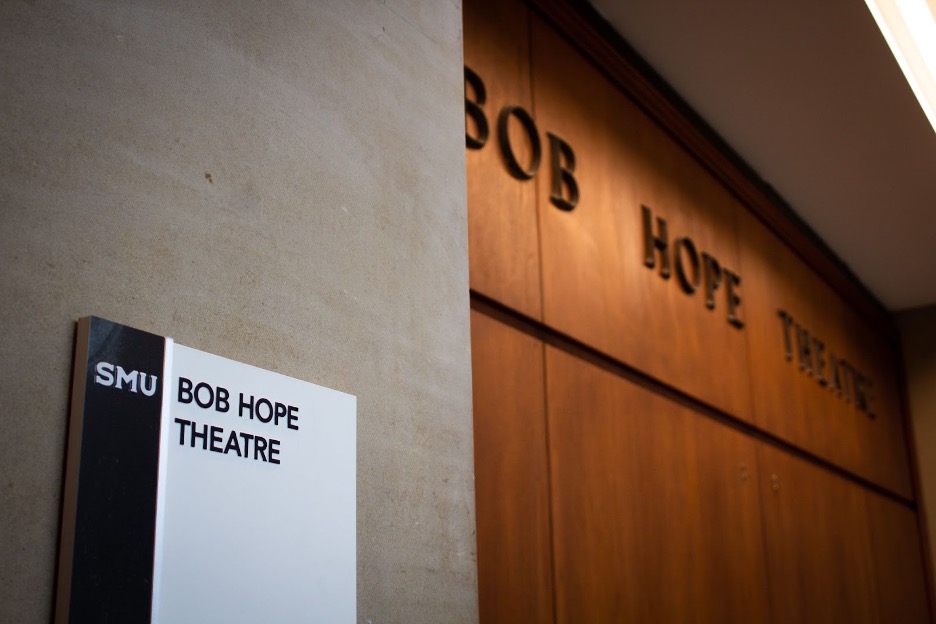 The dancers slowly make their way into the large studio, clumping into groups of two or three. It’s chilly here in the heart of Meadows School of The Arts; a cool 60 degrees. They adjust their leggings, sweats and shorts accordingly while stuffing their belongings into large white cubbies. Today’s rehearsal is slated to be four hours, but Carter Alexander, an Artist In Residence and the interim Chair for the dance division, says they haven’t lasted that long since the dancers started last Tuesday.

The room is lined with mirrors on one wall, the floor is a pale gray and it feels rubbery to the touch. A frail silver tripod sits in the front center of the room, sporting a small camera that will serve as a record of today’s rehearsal for the ballet piece Risk the Road. The choreographer, Matthew Neenan, commands the attention of the room. It’s time to start.

“There’s 70 of them and there’s 20 something of them in there,” Alexander says as he gently flicks his hand toward room 1430, the studio where the dancers are currently. “Part of it is finding that thing in the audition where you’re able to bring something out that makes that person notice you and want to create with you.”

He is no stranger to the constant competition and living life with a full plate. Alexander is juggling work, school and family constantly, with two semesters left to complete his Master of Fine Arts, his positions in Meadows and his research. He exhales as he sinks into the blue couch, thinking of a word he’s forgotten somewhere in the laundry list of things he is doing in life currently. “It’s been a long week,” he says. The wheel is always turning, until he’s in rehearsal. In rehearsals, the wheel stops, and every ounce of attention is given to the dancers in front of him.

He becomes serenely still. His eyes fold at the corners with focus. His chin is often the only part of his body moving, as it seems to usher the dancers through their motions. He grips a yellow legal pad in his hands, jotting down notes and suggestions. At moments there is no music. The dancers are simply running through the choreography in silence, their socks and ballet slippers grazing the rubber, accompanied by tiny breaths and sharp inhales in front of the large wall of mirrors.

“Dance is really hard because it’s your body,” Alexander said. “It’s you communicating through your body, it’s so personal.”

In the coming weeks, Neenan will be gone and Alexander will take the choreography and the dancers and pull, and tug, and shape it into what the SMU community knows as the Fall Dance Concert, but is lovingly called ‘The Hope Show’, Nov. 9-12 at 8 p.m. and Nov. 13 at 2 p.m. This is what Alexander was built to do. Since he was 24, he has been teaching dance. Even before his first class, his peers and mentors knew he had a knack for instructing dancers. Years later, he wants nothing more than to continue his journey here in Meadows, instructing the next generation. 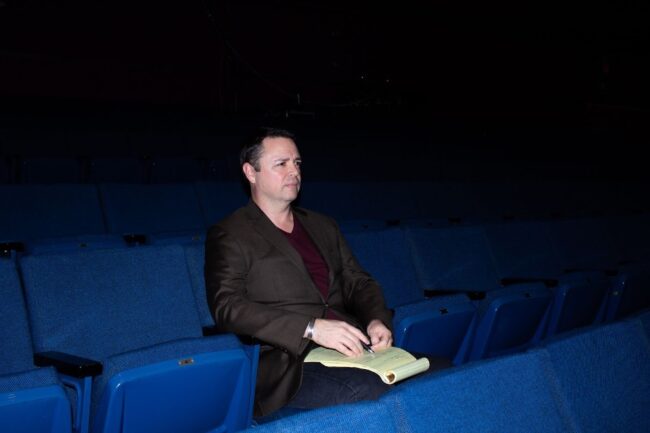 It’s been several weeks, and now Alexander sits just off center in the padded blue chairs of the Bob Hope Theatre and it’s dark. As usual, the yellow legal pad sits in his lap, accompanied by a black pen. The same ballet piece from that early rehearsal feels reimagined with the lighting and colors filling up every inch of blank space between the dancer’s bodies. The music folds over itself with great vibrancy. They’ve come a long way since the rubber floors and 60 degrees. It’s much warmer on this side of their progress.

The soft glow of the changing lights paints Alexander’s focused face, he looks down, a slew of notes leaving his mind and onto the legal pad. The lights come up. It’s time for a break. Alexander shoots up out of his seat. It’s also time to give the dancers notes. Alexander knows this process is an opportunity for growth for his dancers. Every note provides a chance to become a better performer, dancer and person. He refers to a part of this process as “embodied research” that changes a dancer from show to show, rehearsal to rehearsal or even semester to semester.

He’s heading to the green room, in the heart of Meadows. The dancers sit and chat amongst themselves, cheering on the group that has just returned from the stage. The green room is soon to be bustling with dancers running in from their performances. Sweat forces their hair to stick to their foreheads and the backs of their necks, as they receive their notes from Alexander. He’ll see a dancer, squint his eyes, recall their notes and then flip through the yellow pad until he finds the words to accompany his thoughts. Every dancer concludes the quick session with a ‘thank you’ before scurrying off to the dressing room, one of them throwing a band-aid over her toe before jetting off. Alexander acknowledges the physical sacrifice that comes with dance.

“Their bodies hurt, they’re aching,” Alexander said. “We do things over and over again, in order to get it into the body.”

Carter heads back up to the theatre: it’s time for the next piece. It seems that there is always room for improvement, that perfection may not actually be impossible. The level of commitment and sacrifice needed to meet that standard is nothing new to senior dance major, Mary-Rose Campos.

“We’re one of the top ten dance schools in the nation and we go very unseen and unheard on this campus,” Campos said.

Campos shared that the dancers have been working on this show since August. This show is one of two, as the Hope Show happens in the fall and the spring. The intensity and passion going into it is almost palpable.

“I can’t even express how hard we have worked this semester,” Campos said.“It’s like our football game, our Boulevard, our championship, it’s what we work for the entire year.”

Alexander encourages students from all across campus to come and join in on the unspoken dialogue taking place between the dancers and the audience. He shares that each piece has the power to provoke something and that having people understand more about what they do is helpful and affirming.

Eventually, the rehearsal is over. The velvet red curtains chase the lights as they dim and come to a close. The next time they open, an audience will be waiting on the other side.