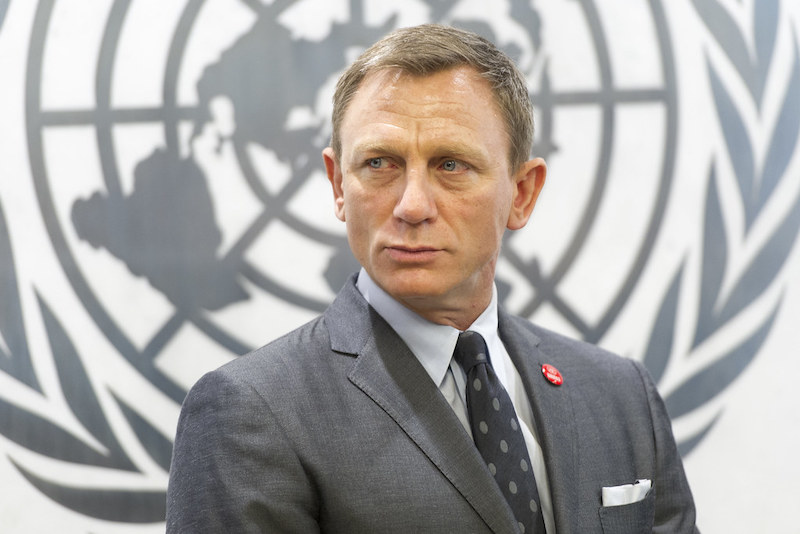 “No Time to Die” is Daniel Craig’s fifth and final film as the character James Bond. And for that, he gets a two-and-a-half-hour-long epic send off.

The film picks up the storyline with a retired Bond in Jamaica who is approached by an old friend at the CIA and asked to stop the villain, Safin (Rami Malek), before he uses a virus of nanobots to wipe out millions. Of course, Bond gets the help of some old and new friends at MI6 while saving the girl he loves from the clutches of the evil Austrian villain.

The epic film sees the return of Lea Seydoux as Bond’s love interest, Madeline Swann. On the MI6 team, Ralph Fiennes returns as M, Naomie Harris is back as Moneypenny, and Ben Whishaw plays Q once more. Notable newcomers to the series are Ana De Armas as the Cuban agent, Paloma, and Lashana Lynch as the new 00 agent, Nomi. These new characters and their on-screen chemistry are an integral part of the film.

Even though Paloma and Nomi are just in supporting roles, they still shine every chance they get. It has long been debated about whether they should make a female James Bond, and I think this film gives them their answer: Instead of turning Bond into a female character, explore a new one like Paloma or Nomi. Each was played by a rising star in this movie and has the potential to carry a spinoff title.

The film’s least intriguing character was the new villain, Safin. For Craig’s last movie, it would seem more logical to have Bond’s nemesis, Blofeld (Christoph Waltz), be the villain again instead of introducing a new bad guy. Nevertheless, Safin definitely provides a high stakes situation. If Bond doesn’t stop him, he will unleash a nanobot virus on the world that will infect and wipe out millions. But the film hardly gives us reason as to why Safin would do such a thing, other than that he is an angry dude.

This lack of reasoning can be overlooked. But what can’t be overlooked is the film’s ending. Now, if for some reason you have read on without seeing the movie this is your last warning to turn back.

In the final moments of “No Time to Die” the audience is dealt three emotional blows. First, Bond reunites with his love interest Swann after five years – then soon finds out that he has a 5-year-old daughter.

The biggest blow of all? James Bond dies in a fiery explosion.

At the very end of the film, Bond fights Safin one last time. But as Bond kills Safin, the villain smashes a vial of the virus onto Bond, thus exposing him to the nanobots. Bond is now stuck in a predicament: he can either leave the island and never come in contact with his new family again (otherwise infecting them with the virus and killing them) or he can stay on the island and sacrifice himself to the missiles being sent by MI6. He chooses the latter.

This is a tragic ending to the super-secret agent. Throughout his run as Bond, Craig’s version has experienced great heartbreak. He fell in love only to get betrayed. He then fell in love again with Madeline Swann, but pushed her away out of paranoia of getting betrayed again. After reconciling with Swann and learning of his daughter, it seems odd he would die. It makes Bond’s journey sad rather than satisfying.

This Bond has fought the world’s battles for years, and yet he doesn’t get his happy ending. It’s also not like he sacrificed himself to defeat an enemy; instead the iconic and unbeatable Bond dies because he is outsmarted by some new villain.

The ending was just a stain on an otherwise perfect Bond film. Despite my disdain for how we left his character, I still think Craig got a spectacular send off – one everyone is sure to remember.