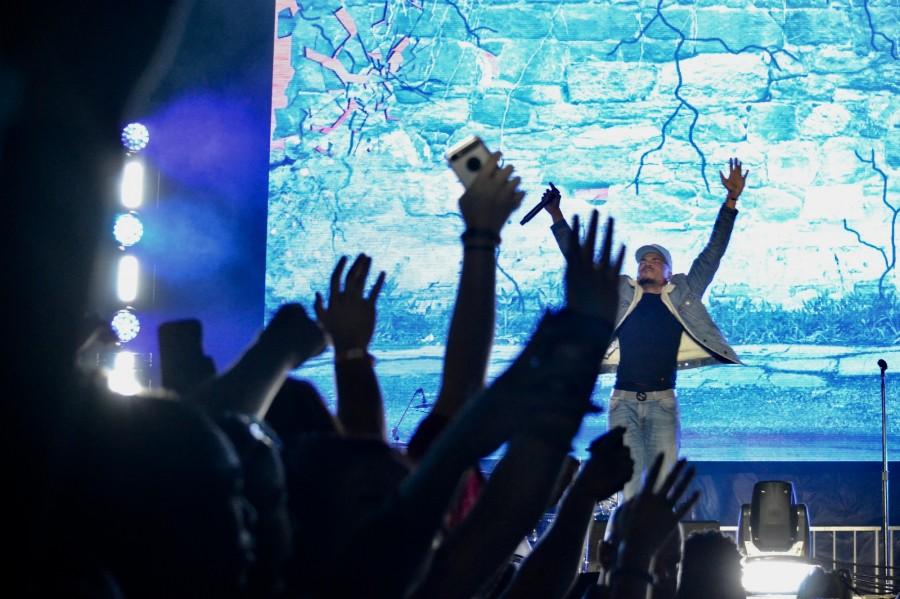 The city of Dallas spent Saturday with the best of the best in today’s current wave of hip-hop. At JMBLYA, the annual Texas hip-hop music festival, a number of artists brought their boisterous chart topping hits to the stage. Over 50,000 people showed up to see artists like Lil Uzi Vert, Steve Aoki, Migos, Gucci Mane and Chance the Rapper perform the songs that have put them at the top of the music game.

The festival lasted nearly the full day with highlight performances from all the artists but a few were standout. Lil Uzi Vert was one of the more notable performances simply for the energy he brought to his show. While performing in one of the earlier time slots, he was still able to open up his set and get the crowd bumping, especially with his biggest hit, “XO TOUR Llif3.” The crowd recognized the song instantly and their response was nothing short of thunderous. The show set the tone for the rest of the day and put the crowd in the perfect mood for what was to come next. Following Lil Uzi Vert was one of the biggest groups in hip-hop right now, the Atlanta-based Migos.

Migos recently released their album, “Culture,” and it put them in the forefront of the music charts. With hit singles like “T-Shirt,” “Call Casting” and of course, the chart-topping “Bad and Boujee,” Migos were one of the most anticipated acts of the day, and they didn’t disappoint. The trio came out with fire and put the crowd into a frenzy with each song they played. The group didn’t waste any time and made sure the crowd got just as excited for each song as the next.

Following Migos was one of the most live acts of the day, Steve Aoki. The DJ put together a classic set with the all the trimmings that Aoki fans expect. The producer behind “Just Hold On” acted as his own hype man, wielding catapulting cakes left and right. He spent more time in the audience than he did onstage, bringing out the best show possible.

After the DJ, the revered Gucci Mane took the stage. Continuing the Atlanta-style rap that Migos started earlier in the day, Gucci made sure to keep the vibe bumping in the festival grounds. The rapper spit out a series of hits including some of his older classics like “Lemonade.” The audience responded in kind, reciting every word to the chart-topping Gucci number. He even put together the full Atlanta crew and brought out Migos to perform their collab “Slippery.”

After Gucci Mane’s star-powered performance, the show’s headliner took over. Chance the Rapper, one of the biggest names in music, made his way to the stage for the finishing act. After arriving a few minutes late, Chance apologized to the crowd and explained that he had hurt his leg, but still intended on putting on the best show possible. He wasn’t wrong, and after opening with a series of songs from his mix tape, “Acid Rap,” he began to do a few from his latest album, “Coloring Book.” The concert got even more exciting when he brought out Migos, Lil Uzi Vert, and Gucci Mane to perform some of their own songs. The show ended with an encore of an extended rendition of Chance’s “Blessings,” a perfect fit to end the day.