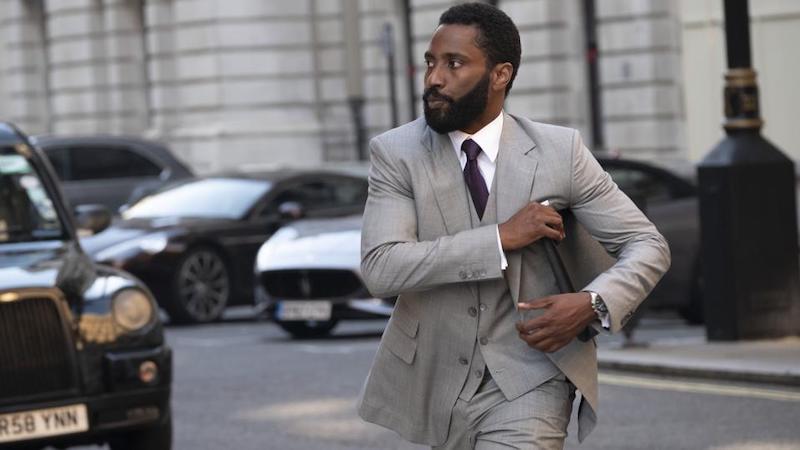 In Christopher Nolan’s Tenet, the consequences of your future actions come hurtling back at you – literally. Nolan brings his distinct cinematic flair and mind-bending ingenuity to his first foray into spy films, featuring BlacKkKlansman star John David Washington and Robert Pattinson.

“The simplest way to explain our approach is to say what we did with ‘Inception’ for the heist genre is what ‘Tenet’ attempts to bring to the spy movie genre,” Nolan said.

Like Inception, Tenet is a grandiose, imaginative take on something that fades into the background of ordinary life: time. John David Washington, the film’s unnamed protagonist, tries to save the world on a collision-course race against time as he fends off “inverted” enemies and weapons whose movements and attacks unfurl backwards from the future to the present.

“I think I called on certain muscle memory from my football days to help me with this character,” Washington told The Daily Campus of the grueling and complicated action sequences required in the film. “But that being said, when I played football I was under the rules of gravity and, you know, the laws of physics…the physicality of this [role], it defies all that stuff. You know, I’m learning how to literally blink differently.”

Nolan’s vision is original and compelling, and while keeping track of the complexities of “inversion” can at times muddle the thread of the film, it certainly lends itself to the astounding visual effects, made all the more impressive by the fact that they were done largely without the use of a green screen. The result is a grand cinematic experience which starkly contrasts the cloistered existence that has been imposed on much of the world for the past year.

“It’s interesting seeing it…it just makes me appreciate what the protagonist is all about, it makes me appreciate our freedoms,” Washington said of the film, whose production spanned more than 7 countries. “Now we have to be made aware of so much more…So the protagonist, I feel like that’s what he’s fighting for, what he’s wanting to put his life on the line for: those freedoms.”

In a film with such abstract concepts, it was critical for Washington that the audience could identify the humanity in his character that operated on hope and optimism – “the Drake of spies” Washington joked.

“To me, the character is representing the audience. The protagonist and the audience are one-to-one,” Washington explained. “That emotional roller coaster that he’s on, we’re on. And as we’re dropped into this world that’s going to need a second or third viewing to understand, maybe so does the protagonist.”

‘Tenet’ comes out in U.S. theaters on Thursday, Sept. 3rd.