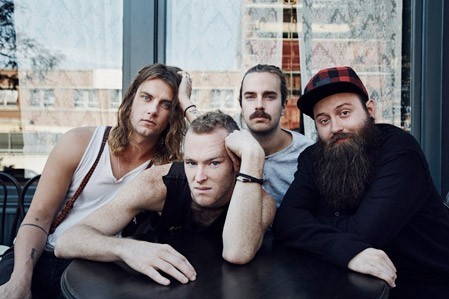 Some would question the pairing of banjo and hip-hop beats, but Nashville-based band Judah & the Lion are here to convince you that that exact mix will have you singing along to their songs after the first chorus.

Judah & the Lion cite hip-hop and folk musicians such as Beastie Boys and Mumford and Sons to create their own genre of music that is in high demand across the states. They have a sound that blends Imagine Dragons-like vocal intensity with the mandolin laden twangs that folk fans love.

Their powerhouse single “Take It All Back” from their sophomore album “Folk Hop N’ Roll” was #1 in Alternative Radio for three weeks straight. The band spent most of 2016 touring to promote the record and are not losing momentum in 2017, recently performing on Conan.

Judah & the Lion have been supporting the alternative hip-hop duo Twenty One Pilots on their ‘EMØTIØNAL RØADSHØW’ arena tour. They will be stopping in Dallas at the American Airlines Center on February 22; a show that fans will not want to miss.

After wrapping up the arena tour, Judah & the Lion are heading back out on a West Coast headlining tour with Icelandic folk-rock group Kaleo starting March 18.