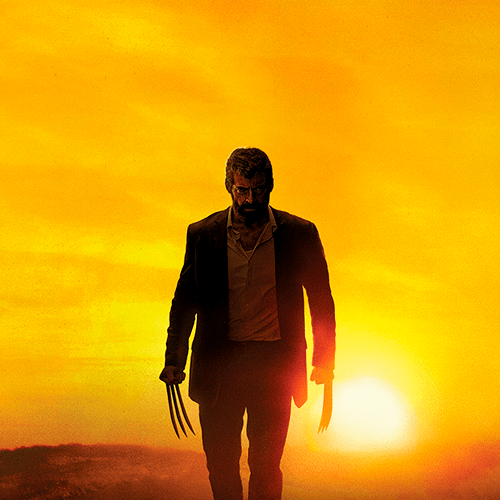 “Logan” is the final sendoff for Hugh Jackman’s character Wolverine. The titular character has been a staple of the X-Men franchise, spanning a decade and a half of films.

Wolverine has been a starring character in nearly all of the films, with two revolving around him. Now the dynamic has changed. The movie takes place in the year 2024, and the landscape of the entire world has shifted. The X-Men are gone, now just features in the stories and comics read by children. Only a few mutants remain, namely Wolverine and Professor X (Patrick Stewart) who now live by the names Logan and Charles.

The story follows Logan as a tired and aging figure hiding his identity from everyone he comes across. Working as a driver for an Uber-like company, he makes just enough money to sustain himself and his only friend Charles. During a job he comes across a woman who recognizes him and begs for his help. With an angry snarl he rebukes her and turns away. Soon enough he finds himself wrapped in yet another violent mission, trying to help a little girl that has a few secrets of her own.

The film is a superhero movie not quite like any recently released. James Mangold completely usurps the typical genre conventions of a super hero film to create this–his magnum opus of Wolverine’s story. The film works as a character study of Logan, a man who has lived for hundreds of years, unable to die while he watches everyone he has ever known eventually fall. His tragic history has taken over his temperament and while Wolverine has always been a flawed, brusque and short-tempered individual, Logan is now a broken, exhausted man painfully losing what little strength he has left. Where he once could heal from a hail of gunfire in seconds, Logan now agonizes for hours over a few shotgun shells.

The film is a stripped-down superhero movie and, as such, only has a select few characters leading the story. Logan, Charles Xavier and Caliban are the three mutants left over from the world of the X-Men until we meet Laura, a seemingly mute mutant being hunted by “enhanced” soldier Donald Pierce. The three of them are tasked with her protection and are soon being hunted along with her. Charles’ declining mental health and Wolverine’s exhausted abilities render their task more difficult as they try to save the last mutant they know.

The X-Men series has faced struggles in the past. It seemed that for every good movie that would be released, a terrible one would follow. Thankfully, “Logan” fits into the trend of the great films. But what makes it great is that it is nothing like the other X-Men films. It completely subverts not only the expectations they set in this movie, but also those from every superhero movie from the past decade. Very few super hero movies have followed the same format as “Logan,” with Tim Miller’s “Deadpool” being the only recent comparison. The tight-scripted story about the lead character’s journey without having massive and overarching consequences is a fresh take on the genre and one that works as the best possible sendoff for Jackman’s character.

The constant threat of massive destruction plagues super hero films. The world is ending, entire continents and cities are being torn apart, and everything is a large-scale disaster. What makes “Logan” work is the fact that its story only pertains to its characters. The last X-Men film “Apocalypse” suffered from its villain’s intentions–he planned to destroy the world and everything in it, which left much to be desired from the audience. That has already been done, and the stakes are low since we are all but guaranteed to see Apocalypse fail. At the same time our characters aren’t the ones in danger. In “Logan,” only the few mutants we have come to know and love fight for their survival with consequences at every turn. The film feels like it matters and like anything can happen.

“Logan”
succeeds where other films have failed. It is enthralling, emotional, funny and heartfelt. Jackman gives everything he has in his last turn as the
character. The X-Men
series’ tenth installment is the best so far and serves as not only a gripping
tale of the last mutants, but also as a tragic look at some of the most influential
characters in pop culture history. From the first scene until the very last
shot, it’s an awesome culmination of the character Logan.