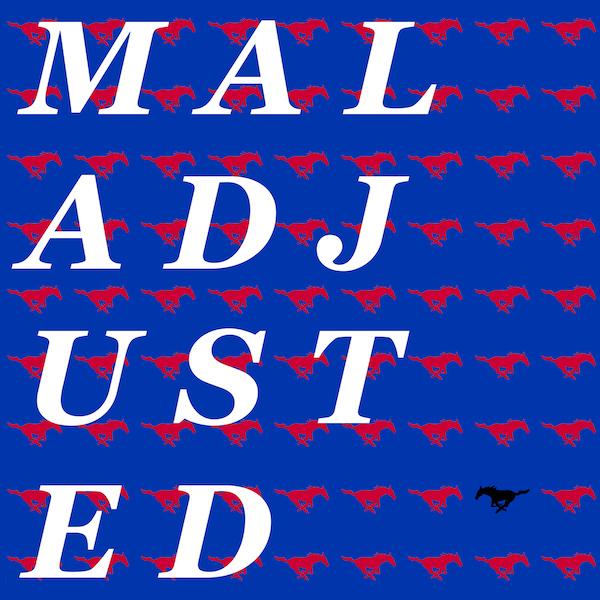 Shara Jeyarajah stepped foot on campus as part of the class of 2022 with a vision — to be the change she wanted to see at SMU. Jeyarajah, a Human Rights and Music double-major, has always been passionate about racial justice and desired to make an impact on SMU’s reputation of being notoriously white and wealthy.

To start, she got involved in the Human Rights department. Jeyarajah said she expected the department to impact the campus as a whole. She quickly realized this wasn’t the case at SMU. Instead, she found the program is one of the pockets of resistance that forms with the most marginalized student groups on campus. She said people walk into these places to find safety and comfort and sometimes survival in a campus that is resistant to them. This led her to start her own creative outlet that would view the campus through a racial justice lens: a podcast called Maladjusted.

Follow along as Jeyarajah takes you through her journey to creating Maladjusted and what you can expect to learn after its launch.

What gave you the idea for Maladjusted?

I wanted to combine my unique academic background of music and human rights. Since the podcast is about the history of SMU through the racial justice lens, I like to emphasize that I am not a history major. So, I’m not compelled to examine history when I don’t feel like it is really integral to inform the present and future social justice efforts. So I’m combining the aesthetic sensibility with the purpose of racial justice. I actually came up with the idea for the podcast before Ahmaud Arbery, Breonna Taylor and George Floyd so it is actually really serendipitous.

How did you come up with the name ‘Maladjusted’?

One of the first things that I discovered about SMU that I was shocked I didn’t know is that Dr. Martin Luther King came to campus in 1966 and he also said, to quote, “There are certain things in our nation and in the world for which I’m proud to be maladjusted and hope all men of good-will would be maladjusted until good societies realize.” I really liked it initially because it felt really catchy and in the context of that quote I was really intrigued by it. But as I’ve been exploring the podcast more, it has become a question of does SMU, a predominantly white, really wealthy, not particularly concerned with social justice as a whole institution, belong in a good society that Dr. Martin Luther King is talking about? So I am exploring the maladjusted individuals, but then I’m also trying to explore does SMU as a whole have what it takes to maladjust to racism and discrimination and maladjust against it and then be carried into the good society?

What can we expect to see in these episodes?

Each episode is exploring a different person, issue or event that better informs the current state of race relations on campus. This is not going to ignore the national context of George Floyd and the response of #BlackatSMU and President Turner’s reaction to the national racial reckoning that happened in the summer of 2020. But it is also going to explore, for example, Dr. Martin Luther King coming to campus. It is going to subvert the expectation of what we believe are more straightforward civil rights victories when really there were people protesting on campus. There were KKK members that were on campus during his visit, and there were students of color that sat towards the back because they wanted to escape in case there was any open gunfire. There is just a lot of complicated and nuanced context that we need to really examine to understand the trajectory of this school.

Have you talked to the alumni who were tweeting in the thread of #BlackatSMU?

I did talk to the originator of the hashtag and the president of ADS at the time. I actually have an episode where I am highlighting that hashtag. There was a movement in 1969 where a group of Black students sat in the president’s office to make demands. There were a lot of demands that were actually the same or really similar to those made this year that were never fulfilled then. So I am going to highlight the parallels between 1969 and 2020. Decades had passed, yet it was similar demands. It is just so fascinating.

How are you finding the historical information?

I’m leaning primarily on primary sources. I am interviewing a lot of individuals. I also have access to the archives of The Daily Campus newspaper. So that has actually been really critical to understanding the actual perspectives that students held and editorials about racial justice events that were in reaction to desegregation. These are things that I wouldn’t be able to understand were it not for these primary sources. Also, Voices of SMU Oral History archives has been really important to informing who I interview and the questions that I ask. All of this information is accessible already. Anyone can do this work, but it’s just so much and it’s not very accessible. So, I wanted to make all of this really accessible for people.

Who has been your favorite so far to interview?

It is impossible to choose favorites, but I will say I’m most shocked that I got President Turner to interview. It has been so interesting accessing the SMU institutional response to racial justice and injustice locally and nationally. Hearing that alongside voices of descent or people that feel like they’ve been wronged by the university, it is just so interesting to see the disconnects and what people pick up on and what people don’t. I have gotten a lot of different perspectives generationally and institutionally that I’m really excited to highlight.

Jeyarajah is planning to launch the podcast in early March, and it will be available on all major streaming platforms. An episode can be expected each week along with discussions and interactions with the content.

She said it is important to know that the podcast is meant to tell the truth about the history at SMU — the incredible successes and the stark injustices. She wants to emphasize that truth telling is not the equivalent to smearing the institution. The podcast is aiming to promote change and move the trajectory of SMU’s future to something that can last forever. Jeyarajah said she is doing this podcast out of love for the university and for the Human Rights program, and if she didn’t care, she wouldn’t produce it.