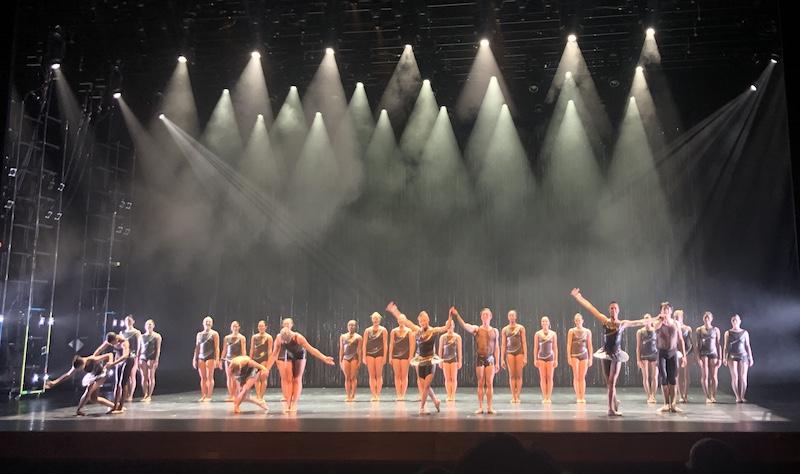 “Rehearsals went late into the night but was definitely worth it with the exceptional opportunity to perform in the magnificent Winspear,” Meadows Dance Ensemble member Chase McGrath said.

Every year the Meadows School of the Arts honors someone in the community for their contribution to the school, and on Thursday, they honored The Meadows Foundation.

The Meadows Foundation was established by Algur H. and Virginia Meadows in 1948 and has donated millions to support SMU over the decades. In 2015 alone, the foundation announced a gift of $45 million to the Meadows School and Meadows Museum.

But the night was also a celebration of the 50th anniversary of when the School of the Arts was renamed as the Meadows School of the Arts. The change from Algur H. Meadows’ donation of his Spanish art collection to SMU in honor of his late wife, Virginia.

“This was the beginning of a profound partnership with SMU,” President R. Gerald Turner said during his opening speech. “One like no other that would ultimately impact the imaginations of tens of thousands of students for their lives.”

The first piece was “Heroes,” choreographed by Takehiro Ueyama to The Chairman Dances by John Adams. “Heroes” was a powerful portrayal of athleticism tinged with Ueyama’s Japanese heritage. This was followed by “Rhapsody in Blue,” choreographed by Alex Sanchez to George Gershwin’s iconic tune. Sanchez created a fun and whimsical dance inspired by the immigrant experience in 1920s New York. Closing the night and receiving a standing ovation was “Stellar Matter,” choreographed by Dwight Rhoden to Gustav Holst’s “The Planets.”

Meadows performers were delighted to perform at the Winspear after having worked long, rigorous nights to prepare.

“There’s really nothing like looking out into the crowd after giving everything you have to that performance,” said Madeleine Stump, a performer in the “Rhapsody in Blue” and “Stellar Matter” dances.

“I was super nervous but so well prepared for the piece that all I could think about was how happy and lucky I was to have that opportunity to perform that piece,” performer Chase McGrath said.

The event proceeds provide scholarships for the Meadows Scholars Program and help talented students pursue a career at Meadows School of the Arts.

“If I were not getting as much scholarship as I am from SMU, I wouldn’t be here,” junior Meadows Scholar John Bookas said. “So that’s great that the ticket revenue is going to the [Meadows Scholars Program].”