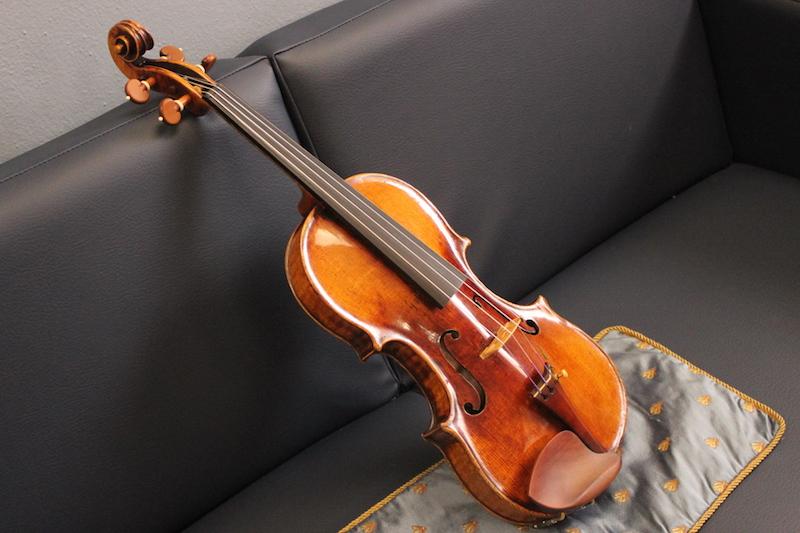 An Italian violin crafted in the year 1700 is finally back with its owner after two long years of restoration. Aaron Boyd, Director of Meadows Chamber Music, recalls when he first purchased the finely made instrument.

“Almost ten years ago, I was killing 15 minutes of time in the Upper West Side of New York and I decided to go into a very well-known violin shop that I liked very much,” Boyd says. “I went to the salesperson at the front and I said, ‘Show me something Venetian.’”

The salesperson showed him a violin made by 18th-century violin maker Matteo Goffriller, who is known for making instruments that look and sound beautiful. For years, collectors had difficulty accurately identifying Goffriller’s work.

“For almost two centuries after he died, a lot of his instruments were unlabeled,” Boyd says. “Because they were so fine, they were ascribed to other great makers.”

Modern resources and technology have allowed Goffriller to be accredited for more of his impressive handiwork. Boyd says he sold things, borrowed, and worked hard in order to save up enough to purchase the unique violin.

“Every morning and night, I would wake up and I would go to bed with a calculator, trying to figure out how I could possibly swing it,” Boyd said. “I’ll be paying for it for the next ten years, but I got it.”

To ensure that such an old instrument would last, Boyd decided to have the violin restored in New York. The restoration was finally completed in March and can now be played and enjoyed by audiences like how it was over 300 years ago.

“It’s entirely possible, given when this was made, that this violin was involved in many of the premieres of Vivaldi’s works in Venice,” Boyd said. “That can’t be known of course.”

The public may soon get a chance to see the violin in action. Boyd says he plans on giving a recital next year.

“I think the title will be ‘A Violin Reborn,’ because I’m going to reintroduce the violin in that recital,” Boyd says.

It can be difficult for young musicians today to get a chance to play antique instruments. Boyd says he feels a sense of duty to own an old Italian violin because his students can learn from it and be inspired.

“We must not as artists and as musicians forget the glories that these instruments offer,” Boyd says.