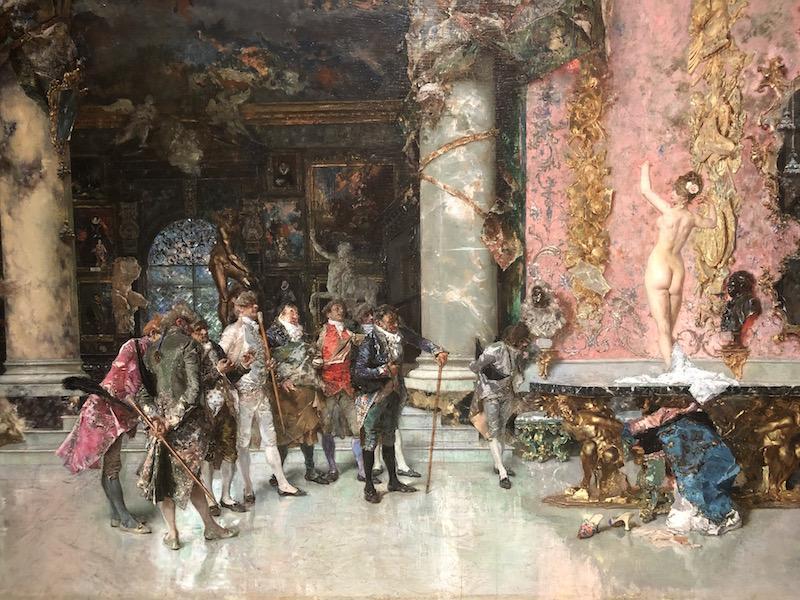 The Meadows Museum’s “Fortuny: Friends and Followers,” on display through June 2, features the works of Spanish artist Mariano Fortuny y Marsal and his contemporaries. The exhibition was inspired by one painting: “The Choice of a Model,” borrowed from the collection of the National Gallery of Art in Washington, D.C.

“This was one of the pieces that I think gave Meadows impetus to do a show particularly on Fortuny that wasn’t just about this one last work but was about the broader sort of world of which he lived in Paris in the 1860s and 1870s,” Meadows Curatorial Fellow Daniel Ralston said.

To promote the new exhibition, many flyers and advertisements were posted around campus with the phrase, “Fortuny Who?” This choice of words highlights how little known Fortuny is today outside of Spain, despite his popularity during his lifetime.

“Fortuny is the premiere Spanish painter between Goya and Picasso. In the 19th century, Fortuny is considered by his compatriots and by European artists as one of the most important Spanish artists,” Ralston said.

On opening weekend, I asked attendees whether they had heard of Fortuny before coming to the exhibit.

“No, but I’m looking at a lot of his paintings and a lot of them look really familiar, kind of famous actually,” museum-goer Reed Mullican said.

The museum expected this unfamiliarity. In response, Meadows included works of other artists as well to illustrate better Fortuny’s world and the kinds of images that interested him and his contemporaries.

Some of the works in the exhibition were already a part of Meadows’ permanent collection, but most of the items came from other Texas institutions such as the Museum of Fine Arts in Houston and the Dallas Museum of Art.

The process of borrowing works from other museums is not too difficult, Ralston explained. Museums are generally happy to lend an item to another institution because otherwise, that piece might not get the chance to be seen.

Visitors enjoyed the new exhibition, amused by the variation of artists and works. Even newcomers were impressed.

“I really liked seeing all the different pieces that were displayed, and I’ve recently started enjoying art and museums, and it was cool reading about each piece,” student Vani Kathuria said.

The works currently displayed in Meadows by Fortuny, his friends and followers are truly a sight to see.

“The incredible lightness of his touch, the way he’s able to create these flecked little strokes that really don’t actually signify when you look at them quite closely, but when you take a couple steps back, they read into the pattern,” Ralston said.

Make sure to take a good look at Fortuny’s “The Choice of a Model,” one of the focal pieces in the collection that shows the true style and delicateness of Fortuny’s work.

The Meadows Museum’s “Fortuny: Friends and Followers” runs through June 2.