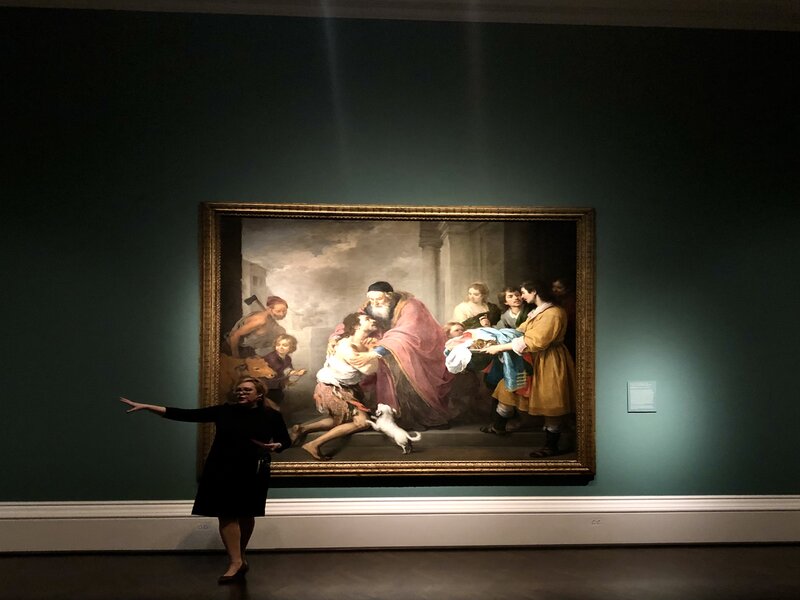 A new exhibit, “Murillo: Picturing The Prodigal Son” makes its U.S. debut at the Meadows Museum this Sunday.

“This exhibition is incredibly special to the museum staff because it is one of the last exhibitions of which our late director, Dr. Mark A. Roglán supported,” a Meadows Museum representative said. “The resulting publication and exhibition are dedicated in his memory.”

Meadows Museum is the first and only museum in the U.S. to host the pieces by the famous Baroque Spanish artist Bartolomé Esteban Murillo .

The exhibition centers on six large-scale canvases illustrating the well-known biblical parable in the gospel of Luke. The portraits follow a fall from and eventual return to grace through the lens of a young man squandering his inheritance to be eventually welcomed into the arms of his father’s forgiveness.

As Murillo’s works traveled throughout Europe, much of it was displaced from each other, according to Meadows curator Dr. Amanda Dotseth.

“This exhibition is centered around six paintings that are extraordinary not only because they are beautiful paintings but because they are the only narrative series by Murillo to remain intact today,” Dotseth said. “ [The exhibit] is a unique opportunity to see a narrative series by Murillo all together, in one room as he would have conceived it to be seen.”

The pieces have recently undergone extensive restoration, only adding to the scale of their magnificence. The works are on loan from the National Gallery of Ireland and will be on display until June 12.

Timed-entry tickets to the exhibit can be purchased from the Meadows Museum website.