Chinedum Anyanya looked around the theater. Movie-goers filed out of the room, chatting excitedly. The Alamo Drafthouse employee held a bucket full of silverware as his co-workers continued cleaning the aisle, making their way around the giant recliner chairs. Powerful music, a mix of a superhero theme and African tunes echoed throughout the cinema.

“To me, since my parents are African, it’s nothing new to me. This is my heritage,” Anyanya said.

When Black Panther opened Feb. 16, it was already making headlines. The movie is a milestone for diversity in Hollywood, marking the first time a big Hollywood movie has featured an almost all-black cast. The music, costumes and vibrant themes are factors never seen before in a high-profile blockbuster film, and the film also provides a pure, cinematic celebration of African culture. 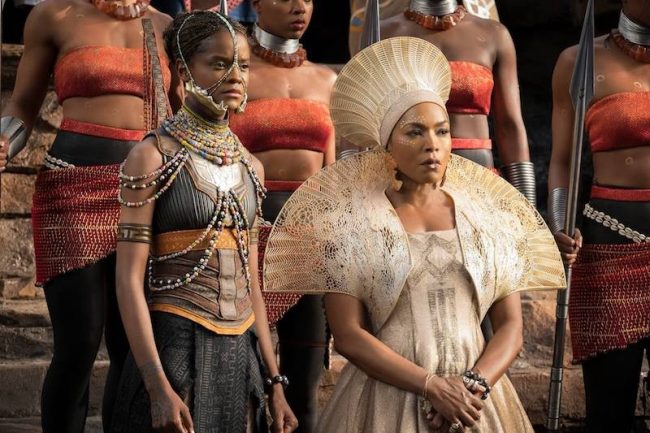 SMU Meadows admissions counselor Ryan Cole appreciated how the writers of the movie created a balance between ideals in the film.

“It just gave a lot of visibility and complexity to black characters, and that was big to me,” Cole said.

Cole said he felt the majority of movies that feature black characters fall into the same patterns.

“Usually when you have a black character in a movie, they are a sassy sidekick or the best friend. Or, if they are a main character, like in The Help, they are playing a degrading role,” Cole said.

Now, children can grow up seeing Black Panther‘s T’Challa, with all his wealth and technology, ruling as king and not being affected by the rest of the world.

Student Khyree Henderson sat in the Office of Multicultural Student Affairs. He has been following the Marvel films since the beginning 10 years ago. His views on the movie are similar to Cole’s.

“We don’t usually get black movies of this type. Usually the movies that get this attention and the awards are slave movies or things of that nature. We don’t get to see ourselves represented in this area,” Henderson said. “It was nice to see this representation.”

While the movie is located in a fictional country on the continent, it still brings in the traditions and styles of real African countries in its rituals, dress and accents. Henderson said he read that the director traveled to the continent to study the cultures from the countries so they could be accurately depicted on screen.

For SMU graduate student and Nigerian native Ekele Shaibu, it felt like he was transported back to his home.

“I knew from the beginning of the movie when I heard Jobu’s accent that I was in for something special. It really felt like I was in one of the arts theaters in the University of Lagos, Nigeria, watching one of those life-changing dramas by my compatriots, only difference being that I was in AMC here in Dallas, Texas,” Shaibu said.

Shaibu is a Batman fan but would consider changing to Marvel if it means more movies like Black Panther.

Black Panther holds much importance to those of African descent and/or darker skin. It is a reflection of many people’s lives that they have never seen mirrored on the big screen. 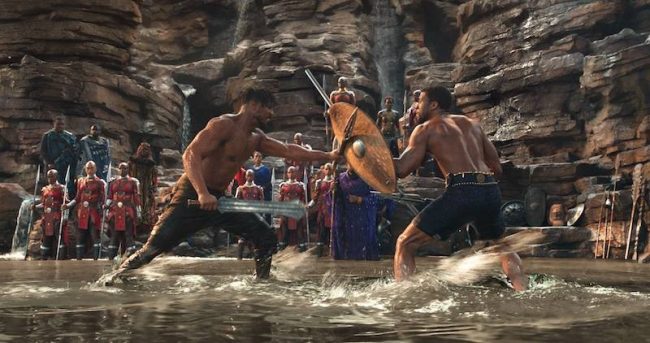 “Lupita Nyong’o and Danai Gurira’s actions and expressions made me instantly think of many of my ladies I know back at home, and at some level, the women in my own family,” Shaibu said.

Many audience members hope the success of Black Panther does not stay in cinemas but continues outward. The superhero movie was already making waves pre-release on its impact. Now, the focus is on what happens after Black Panther leaves theaters.

“One thing I hope sticks is more visibility with more African cultures, because I know how most conversations with Africa are framed in media and regular discussions. For instance, people think Africa is one country,” Henderson said.

Anyanya continued to help clean the theater before the next showing. He looked up at the now blank screen and paused. He said he hopes it gives audiences more respect for African culture and encourages them to not let the movie be just a part of a cinematic experience.

“It’s great to enjoy a movie, but it’s better if you can experience it firsthand,” Anyanya said.