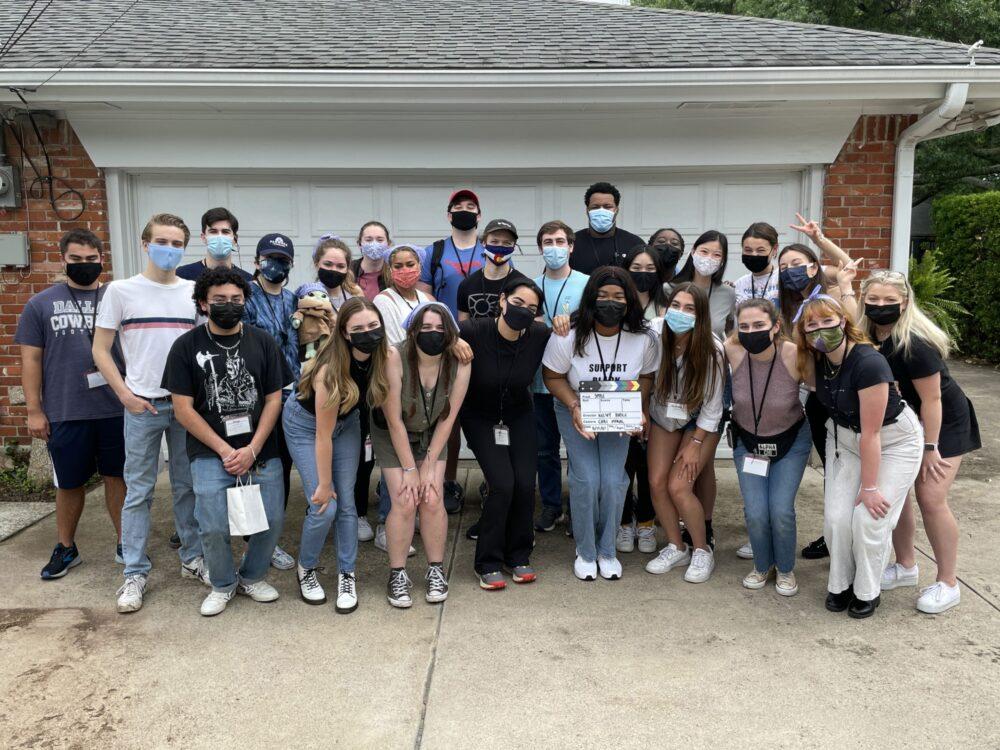 The SMU Film and Media Arts Department just wrapped up production for the 2021 feature film, “Smile”, inspired by an SMU film alumna’s experience with mental health as a Black woman.

The SMU Film and Media Arts Department is the only program in the whole nation to have a summer program where film students are given the opportunity to produce an independent feature film, directed and organized entirely by the students, and only advised by film professors.

The SMU alumna, Kelsey Hodge, who wrote the script and directed the film, expressed her main sources of inspiration for creating this story. Her life and her college and family experienced were the main sources for the film, developing a very complex daughter-mother relationship that brightens up the entire story. The main themes for it are the mental health in African American communities and developing relationships with friends and family at an early stage in life.

In the film industry, just 12% of film directors are women, according to Variety.com. In response to this, “Smile” producers aimed to create a leadership team consisting only of women. Most students did not have much experience in the jobs they were given on “Smile”, yet the production turned out great and now editors are working hard in post-production to make this film come alive.