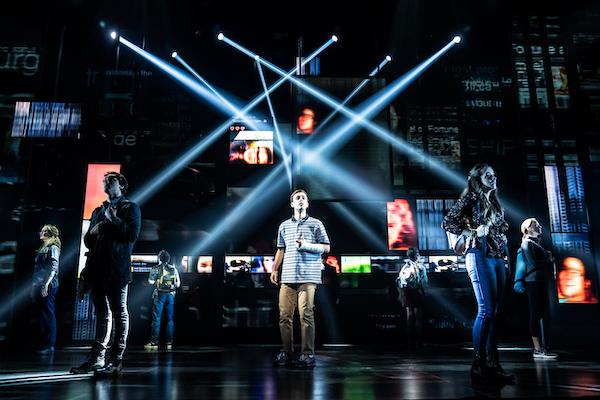 If you even so much as breathe near a musical theater enthusiast, you’ve probably heard of the new musical “Dear Evan Hansen.”

Since its opening on Broadway in 2016, it generated buzz that has had many people calling it the “next ‘Hamilton.’” The show was nominated for nine Tony Awards and ended up winning six, including Best Musical, Best Score, Best Actor in a Musical for Ben Platt, and more.

But do I really need to sell it to you? Most people know the show is a hit, so it’s mostly a question of if the touring company with Dallas Summer Musicals lives up to the hype.

I went into this show pretty blindly on purpose. I had done some research for a Dallas Morning News show preview and got to interview the show’s producer, but I made sure not to read the synopsis past the end of the first act. I wanted to see what all the fuss was without any preconceived notions. I did something similar when reviewing Hamilton.

What’s great about Dallas Summer Musicals is that they bring Broadway classics right to the heart of Dallas for us to enjoy without having to fly to New York. And though the production value is always great, sometimes I’ve found the cast is a hit or miss, in my opinion. Mostly hits, but still.

The part of Evan Hansen was played by Stephen Christopher Anthony, and though he’s not Ben Platt and no one ever can be Ben Platt, he killed it. Anthony had the perfect awkward charm paired with great comedic timing that had no one doubting his performance. Since Hansen is a lonely teenager with social anxiety, it’s important that he portrays that realistically, while at the same time being relatable and strong enough for us to root for him as the protagonist. Anthony did this all very well.

The whole ensemble was great, and especially notable were the vocals of Stephanie La Rochelle, who played the Zoe Murphy. But every cast member fit well into the skin of their characters, so much so that it was difficult to imagine anyone else playing them.

Having never seen the musical or even videos of it besides the live performance at the Tony’s, I had no idea what to expect. But the storyline was absolutely captivating. You were on the edge of your seat until the very end, and the themes and messages were ones that could resonate with anyone.

But even though I didn’t know too much about it, I had a really good feeling about this one. So much so, that I brought my avoid-musicals-at-all-costs boyfriend with me. Even he genuinely enjoyed it, expressing his respect for the music and his genuine curiosity on how it was going to end. That’s a win.

So if you’re like me and looking for a first musical to introduce a hater or skeptic to, or if you love musical theater and want to experience a show unlike any you’ve ever seen, go see “Dear Evan Hansen.”

The way it’s capturing the experience of growing up in the modern day with such beautiful music and witty dialogue is refreshing. Everything about it was done so well- the sets, the music, all of it. It’s the kind of musical that might help bridge that gap between Boomers and Millennials, while being enjoyed by everyone.

Want to go but don’t have much cash? “Dear Evan Hansen” is holding a digital ticket lottery. Basically, visit www.luckyseat.com/dearevanhansen to get a chance to score $25 tickets. Apply before 9 a.m. on the day of the performance you want to see, and if you’re selected you will be notified via email and can then purchase up to two tickets at $25 each.