NBC’s hit-crafting show, “Making It,” may have wrapped up a few weeks ago, but there’s no need for you to put down your glue gun just yet. Cross-stitching, embroidery or painting might be your next big rise to social media fame. Scratch your creative itch with the following crafting classes. 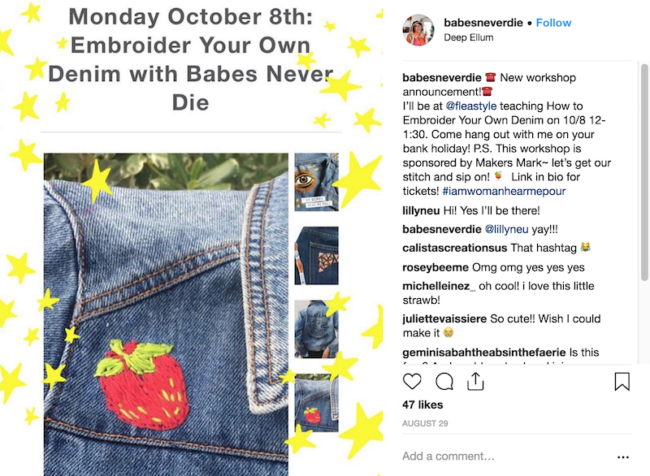 Jazz up your jeans with a needle and a thread. Learn to embroider your own denim at FleaStyle in Deep Ellum with Jessica Dorrell of Babes Never Die. 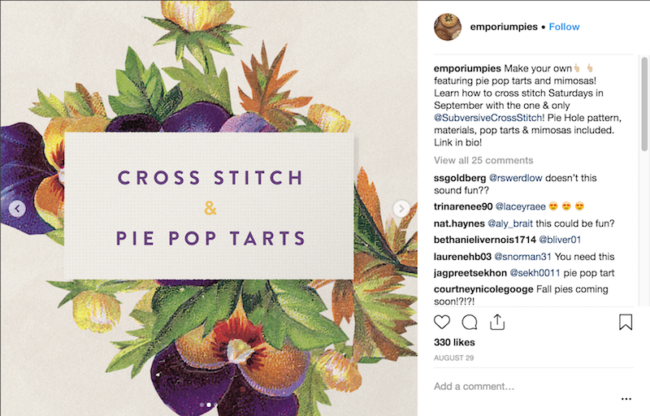 Cross Stitching + Pie Pop Tarts + Mimosas = Class made in Crafting Heaven. Learn the sassy, simple craft from Julie Jackson of Subversive Cross Stitch. Don’t feel like breaking away from your Making It binge-watching session? Learn how to stitch using this handy guide.

Walk down the boulevard to join Mary Hay/Peyton/Shuttles Commons in celebrating Bob Ross. Leave a comment on this instagram photo if you’re interested in attending a future class.

Now that you’re a crafting superstar, what on earth are you going to do with your new resume-worthy skills? Audition for Season 2 of “Making It,” obviously.