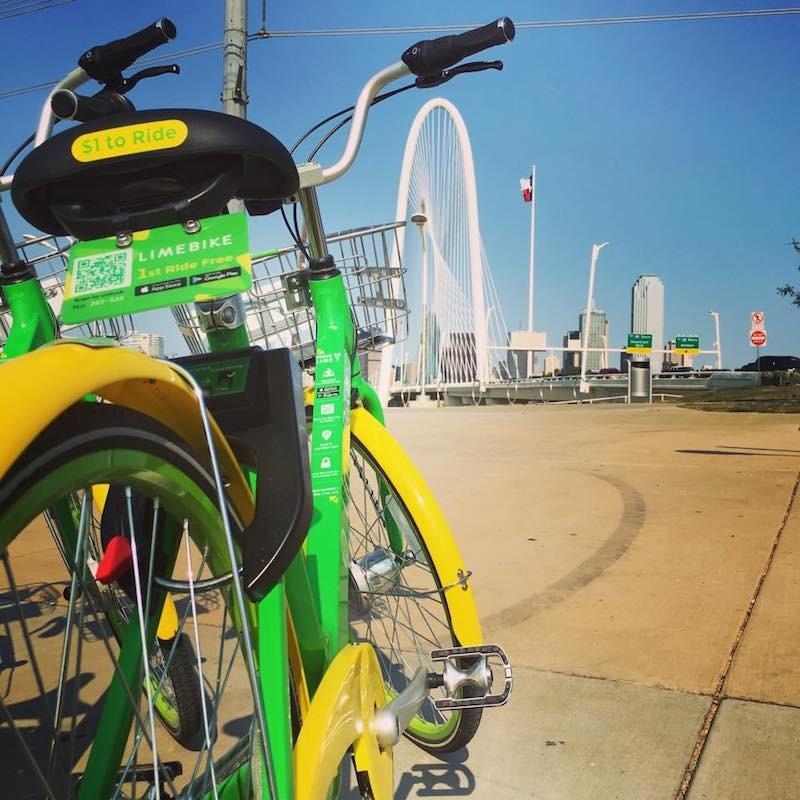 Dallas resident Paige Hall has recently discovered the new, vibrant, green bikes on the city sidewalks. She is one of the newest loyal customers of LimeBike in Dallas.

LimeBike is a tech mobility company new to Dallas that allows people to get around town in an inexpensive, cash-free, and environmentally friendly manner. With just a touch of a screen, people can now rent bikes for one dollar to commute around the city.

“I saw a bike near my apartment when I was driving to work and decided to download the app and try it out with my friend the next weekend,” Hall said. “It was literally so convenient, and I was shocked to see how cheap it was.”

The LimeBike app provides the nearest location of one of its bikes for people to utilize whenever and however they wish. After a customer is finished using the bike, he or she can to park the bike anywhere. Loyal customers like Andres Herrera say the parking policy is what makes LimeBike appealing compared to other modes of transportation.

“My favorite aspect about using LimeBike is that I don’t have to worry about finding a parking spot at work,” Herrera said. “I try to use it whenever I see there is a bike around my general area. I get so disappointed whenever I can’t find one and have to drive to work.”

Lime attracts customers with easy accessibility and affordability. The company strives to create a sustainable solution to transportation and healthier way of living.

“By giving people a greener, convenient way to get around, LimeBike aims to make transportation and urban mobility better, and ultimately have a positive impact on the future of cities and their communities,” said Mary Caroline Pruitt, director of Marketing and Communications of LimeBike Dallas.

Limebike is the fastest-growing and largest dock-less bike-sharing company based in the U.S. Pruitt says safety is their top priority. She says they have had some issues with theft, but since each bike has a tracking device they can retrace the stolen bikes.

“We have an operations team on the ground routinely ensuring bikes are in safe working order. In addition, our app will allow users to inform us of any mechanical issues we see and we can disable a bike from circulation until it is fixed,” Pruitt said.

Though new to the city of Dallas, LimeBike is becoming more popular among Dallasites. The LimeBike team believes that Dallas is the ultimate city for bike sharing and their company will flourish.

“We partner with cities, colleges and local businesses to provide dock-less, subsidy-free bike-share services and promote urban mobility for people to use, working together with community leaders to design a bike program that fits the specific needs of their city,” Pruitt said.