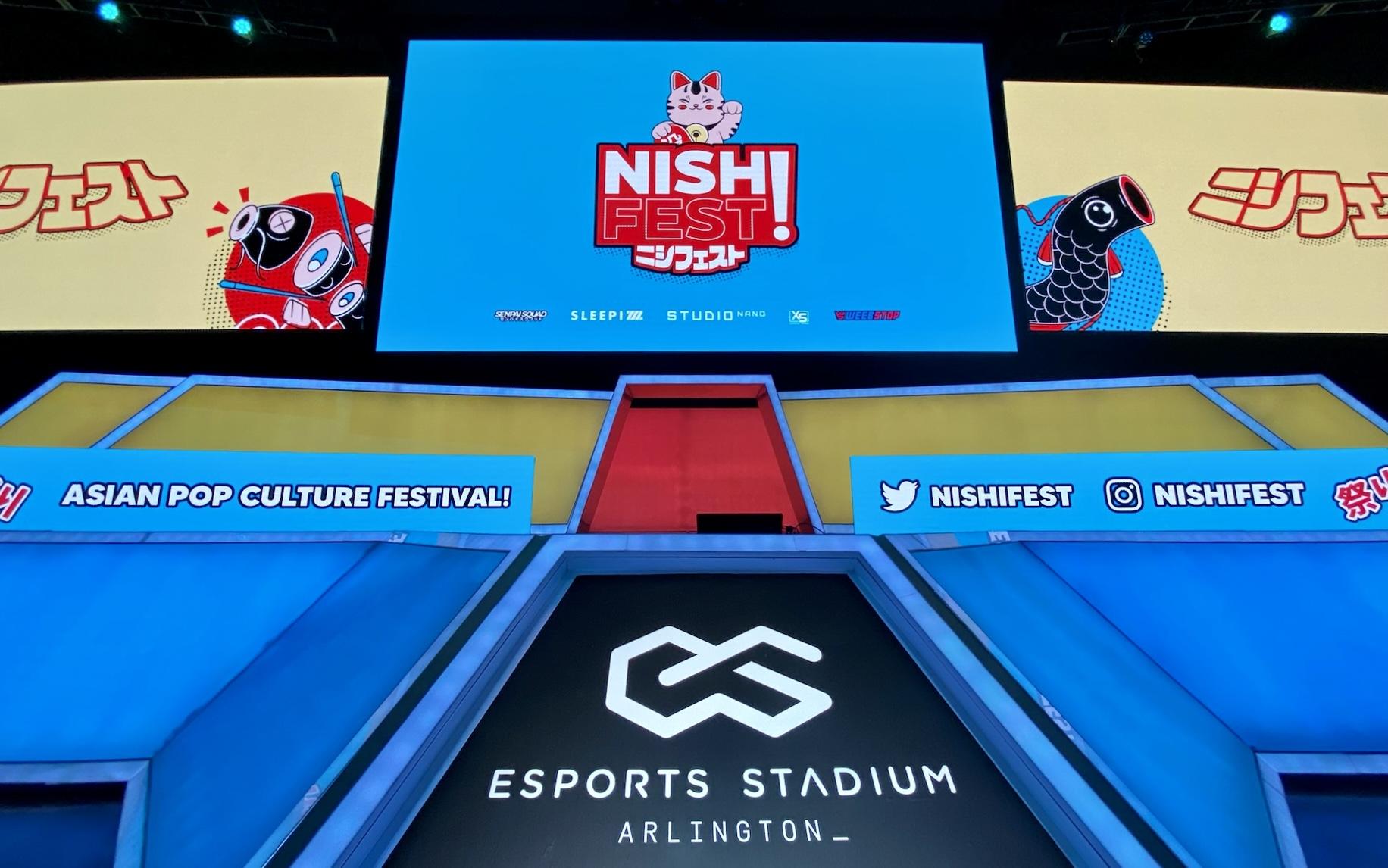 ARLINGTON – Last Saturday, Esports Stadium Arlington pulled in those wishing for a “cosplay” get-away. Dave Yang and Justin Rojas, the two founders, sought out a plan to hold another Asian pop culture festival after receiving positive feedback from their first Nishi Fest in Oct. 2021.

Cosplays, guest panels, meet & greets, Digimon and Dragon Ball Super TCG tournaments, artist alleys, and various foods and entertainment were all provided at the one-day festival. Nishi Fest was held on March 19 from 10 a.m.-1:30 a.m. and garnered a variety of attendees of all ages.

On Saturday morning, cosplayers dressed up to take on the adventure of sorting themselves throughout the convention, take photos, make TikToks, and eventually, meet new friends. The line to get into ESA formed before doors opened. Some attendees were so committed that they pushed through the Texas heat while wearing their bulky costumes.

“It’s definitely more packed than the last Nishi Fest we hosted. I guess it’s because of the feedback we received from the first Nishi Fest that reeled more people into coming to today’s Nishi Fest,” a front-desk worker said.

If there is one intangible possession that an attendee could take away from Nishi Fest, it’s the value in sharing a space with a group of people of similar interests under the same roof. Everywhere attendees turned gave them the potential to meet a new friend. Whether it was talking about manga, anime, how cute that one stuffed animal was, how inspirational the panels were, or how diverse the food selection was, many of the attendees radiated a positive attitude.

Nishi Fest sold out of tickets and its after-party made it a Saturday night to remember. After the first Nishi Fest, Rojas wasn’t sure what to expect attendance to be like this year.

“I’m so excited to see this all come together,” Rojas said. “Our last Nishi Fest was our first one ever. We had about 2,200 people, and for this one, we capped out on ticket sales and had about 3,000 people.”

The guest panels were fully packed and fans hovered around the room to try and meet their biggest inspirations. In total, Nishi Fest held three panels with the first located at the main stage.

For those new to the world of Asian pop culture, anime, and cosplaying, the main panels reassured attendees they didn’t need to be familiar with all aspects of the event to enjoy it. Panels titled “Minorities in Entertainment,” ”Business of Content Creation,” and “Staying Healthy and Positive on Social Media” targeted audiences of all kinds.

The guests kept all panels family-friendly and drew in laughs from the crowd. And despite his sprained wrist, Rojas came up on stage during the panels to breakdance as the audience cheered.

DoubleJCosplay and Stella Chuu stood side-by-side neighboring each other’s guest panels. The relationship between the friends emitted strong and chaotic energy, as they bounced off of each other’s thoughts.

DoubleJCosplay made his way into Nishi Fest and Anime Conventions with his implacable love for all things Asian pop culture.

“I was always a fan of anime. I saw an ad for a convention, and from there I was hooked,” DoubleJ said. “At my first convention, I was like – Woah! There are so many nerds here… I love it.”

As the end of the festival was coming to a close, Nishi Fest held a cosplay contest to honor the dedication behind the cosplayer’s talents. Some of the most common cosplays seen at Nishi Fest were characters of “Demon Slayer” and “Genshin Impact.” Cosplayers were able to celebrate their hard work and creative minds by putting together a costume that meant a lot to them.

Just like fashion, cosplay is a sense of expressing yourself through a costume, and that is what Nishi Fest was for many that attended.

JennyBelly says that cosplaying the anime character, Marin, from “My Dress-Up Darling is “really relatable.” Cosplay allows the person wearing the costume to connect with their favorite characters. For Jenny, Marin reminds Jenny of herself.

“I’ve had those thoughts. I’ve done those things, or I’ve had to deal with those kinds of stuff too,” Jenny said.

For some, countless hours went towards putting together a cosplay outfit.

“It took two weeks and sleepless nights…I could have been hanging out with my friends, touching some grass,” Chuu said.

Despite the spectrum of ages and interest in Asian pop culture, Nishi Fest was an event open to everyone interested. It allowed friends, families, and strangers to come together and enjoy a common interest. In the future, Nishi Fest hopes to host another convention soon and extend it from a one-day event into multiple days.