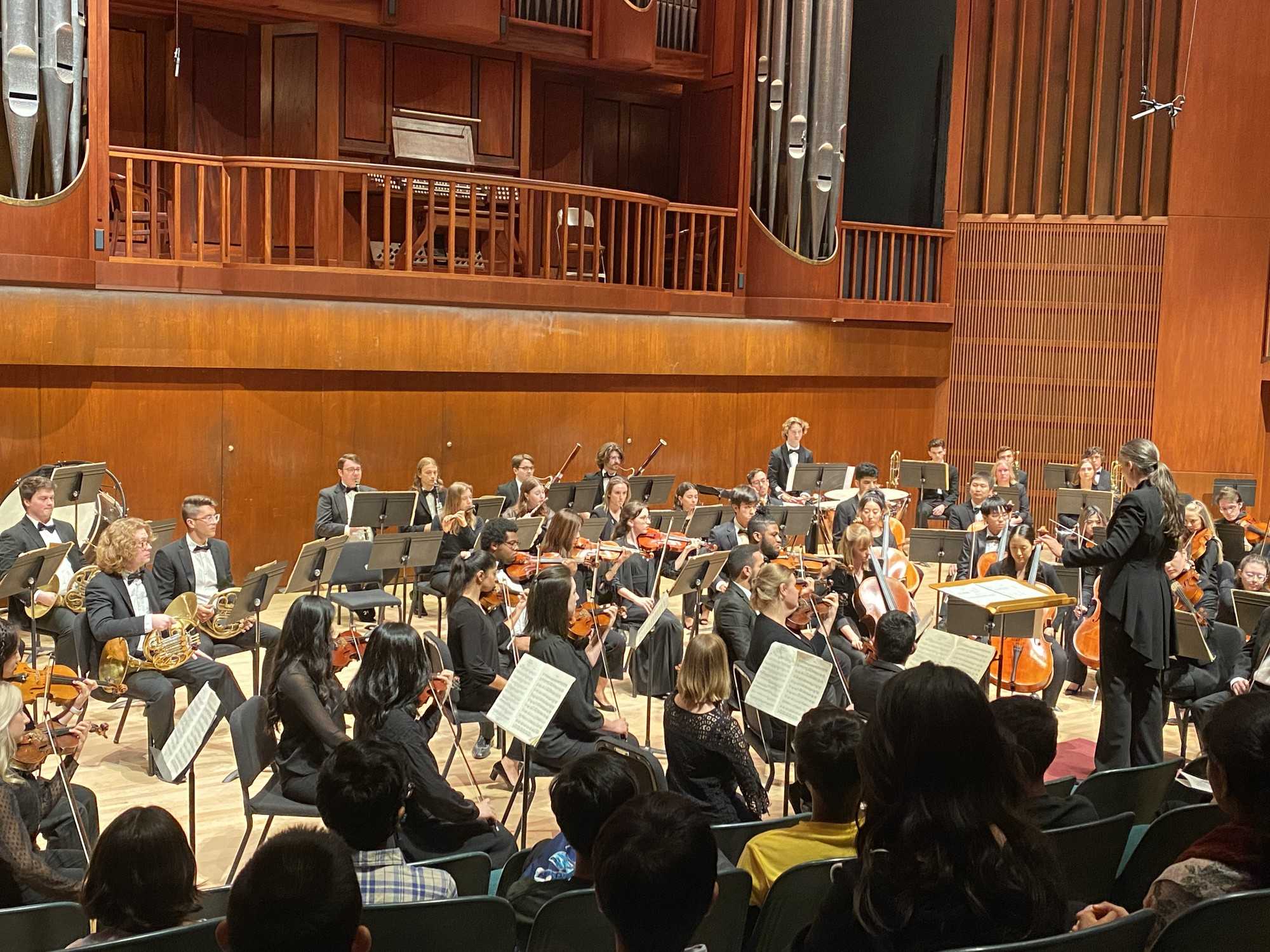 Following the intermission, the MSO delighted the audience with the Symphony No. 5 by Pyotr Ilyich Tchaikovsky, one of the most celebrated works of the late-romantic era.

The somber e-minor mood, intertwined with painfully beautiful melodies and a glorious finale, surely made it a memorable end to an evening of great music.

MSO violinist Faith Fang describes Tchaikovsky as the “definition of triumph,” referring to the concert’s title, “Of Fate and Triumph.”

“You can see the highs and lows,” Fang explains.

Fang adds that in addition to the music, it felt like a triumph seeing all their hard work come to fruition.

Percussionist Melody Tang explains that in the weeks leading up to the concert, the orchestra practiced for three hours a day, four days a week.

Ellie Hood, a junior at SMU, attended the concert and was in awe over the performance.

“I don’t think people realize how talented these students are,” Hood said.

“Not only are these very talented musicians, but they’re also invested in what they do, and you can see their energy and appreciation for their craft,” Song said. “[The] atmosphere [was] electric. Everyone in the audience started to feel it.”

For some students like Song, attending the concert brought inspiration for their personal musical endeavors; for others like Michelle Xu, it was a fantastic, new experience.

“It was my first time attending an SMU orchestra concert,” Xu said. “The atmosphere was just astonishing.”

The SMU community won’t have to wait too long for their next chance to hear the MSO perform live, as their third concert of the year, titled “From Darkness to Light”, will take place on the 11th and 13th of November. The concert will include Max Bruch’s first Violin Concerto (featuring SMU professor Alexander Sitkovetsky as the soloist), and Gustav Holst’s The Planets.

Tickets for MSO performances can be found here (or purchased at the door), and a full list of Meadows events can be found on their calendar.