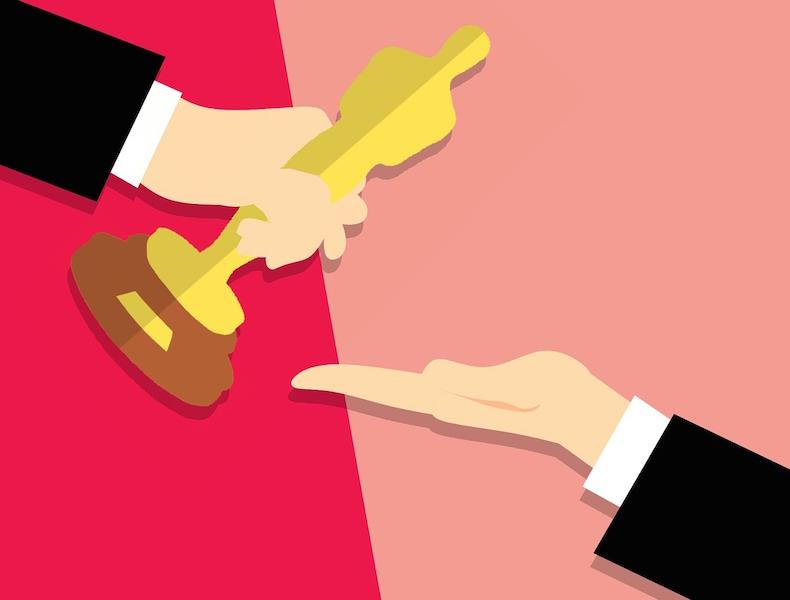 The Academy of Motion Pictures and Sciences have outdone themselves once again, and that is not a compliment. The Academy, the group of individuals behind the Oscar Awards, is promising a spectacle on Sunday night when the film award show airs on ABC. However, instead of a spectacular show celebrating everything audiences love about movies, their ceremony is looking to be one that solidifies the organization as obsolete.

Problems have been apparent since the beginning of the Academy Awards. In the last 91 years, controversies and complaints rise from almost every show, especially evergreen Hollywood issues such as racism and sexism. From undeserving wins to the movies that never even got a chance, the Oscars have had bad news surrounding them at every winning announcement.

The film industry is always changing; every century, every decade and every year. Hollywood has semi-mastered saving their backs to survive in this vicious entertainment world. The Oscars, however, has not changed. The show is still rooted in old customs, including the idea that only certain films define “cinema.” It could be said that the show has become even more exclusive now since the course a film must take to grab a nomination is nothing short of its own political campaign. This aspect not only keeps studio films away but also incredible small films that do not have the budget for such a campaign.

The show is still rooted in old customs, including the idea that only certain films define “cinema.”

In the last decade, the disconnect between audiences and the Oscars has grown. The movies getting the Best Picture nomination are formulaic and barely ever have a big box office. The arthouse films or “films that make a statement” are the kind of nominees the Academy tends to go for every single year. The films that manage to connect with general audiences are hardly the ones people think deserve nominations.

The public and Hollywood are still living in the cinematic age that started in the ’70s, the age of the Blockbuster. Over the last 40 years, the movies that audiences adore have mostly been the studio tentpoles. “Jaws,” “Star Wars,” “Jurassic Park,” “The Dark Knight Trilogy” and now the Marvel Cinematic Universe are all big films that also happen to be examples of masterful filmmaking too. But instead of getting nominated, they get shuffled to the effects categories. Only war films, politically charged films or the movies in which someone has a dreadful illness seem to be excluded from this rule.

While it is important to recognize any movie that is well-made, the Academy seems to go out of their way to ignore the films that everyone actually saw.

Since the turn of the century, there has only been one film that positively stands out in the Best Picture winner crowd, 2004 winner “The Lord of the Rings: The Return of the King.” Most other winners feel like the same movie or completely undeserving. That is not to say that the winners were not amazing movies. Almost every winner was indeed beautiful but in the long run, many were forgettable. The one upbeat nominee on the 2019 Best Picture list is the MCU installment “Black Panther.” However, it is starting to seem like the culturally impactful superhero film (the first comic book movie to receive the honor) is only on the list as a salve for fans.

The apparent ignorance of the Academy in their nominee choices is getting harder to ignore.

The Academy have abandoned their job of celebrating great cinema in favor of a desperate plea to stay relevant, an act that has resulted in failure. The Academy has tried to change their ways occasionally but in the end, they are still unaware of what the people want for the historic show. They continue to ignore the real desires of both film artists and the general public.

The Academy added a Popular category to the show last year, a category no one asked for. Though the idea was a flop, it is an illustration of the Academy’s glaring disconnect with the audience. Another example: the public says nothing about the show being too long, and vital category winners are cut from the live show (another decision eventually walked back on). At this point, it seems like the Academy is making their decision in a board room full of old timers, unable to hear the voices of the film community.

The Academy seems set on breaking traditions that are loved while holding fast to ones that no longer need exist. The Oscar show holds surprises every year but the biggest surprises of this year’s ceremony will be if it turns out to not be the trainwreck that the Academy has promised.

“Green Book,” the Best Picture Winner of 2019, is just another example of the disengagement that the members of the Academy seem to have with the real world of cinema. The movie is surrounded by controversy from #metoo to racial tension. Director Peter Farrelly has an unfortunate history of revealing himself, which does not fit into the Me Too atmosphere that is surrounding Hollywood. “Green Book,” which was nominated alongside “Black Panther,” has also come under fire for not being historically accurate and being labeled as a “white savior” story.

“Green Book” is a generic film at best. While it is well made, the movie fits perfectly into the majority of Oscar picture winners. It is a historical piece that tried to make a statement but instead highlights all the problems that fill Hollywood. By choosing the film, the Academy can’t help but support the idea that they are a group, disconnected from reality and on the edge of extinction.