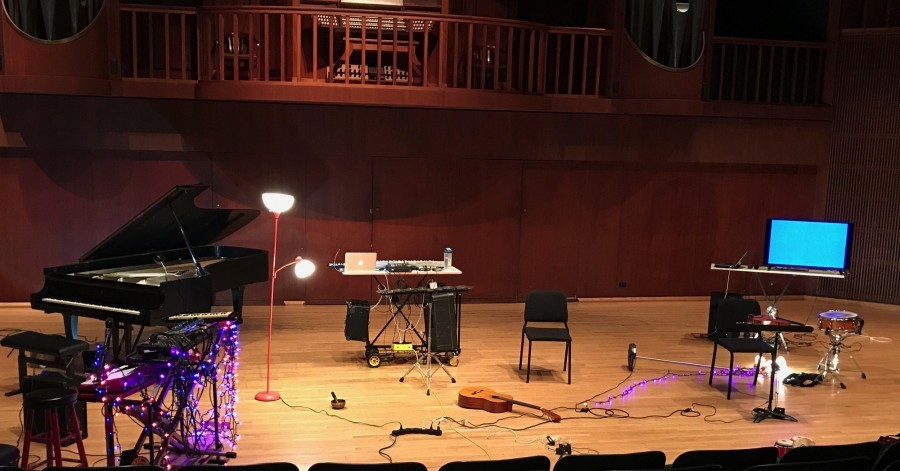 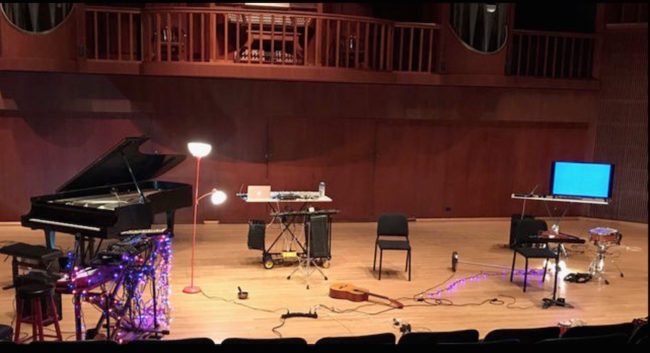 The POINT Ensemble left their classical training behind and accepted the endless possibilities of a free improvisational performance Monday evening in the Caruth Auditorium in the Owen’s Art Center.

Free improvisation means the ensemble could create music without rules or limitations.

The performers were not bound to the stage. Junior composer majors Cook and Mikayla Dobson surrounded the scattered audience with music by climbing the rows of seats throughout the performance.

The POINT Ensemble class meets once a week to practice improvisation similar to what they performed.

“We just happened to be doing it on stage tonight,” Dobson said of the performance.

“Hopefully they’ll come to an understanding that they have an individual voice within whatever it is they do,” Corbet said. “The point is to find that voice in yourself and then you can apply it to anything.”

The performance was split into five points, or parts, which simply gave the musicians and the audience members an idea of where they were in time during the hour-long show.

The musicians had prior knowledge of only two of the points. The second point consisted of two musicians creating background music to a commercial they had never seen before. The performers attempted to use vocals to create a beat and lyrics. The third point included a Skype call from another musician. The Skype musician blew into the finger pieces of his trumpet while the performers on stage accompanied him. The remaining three points were completely improvisational.

“What you just saw there was people coming to grips with what they do individually and then deciding how they can apply that to the group,” Corbet said.

The next POINT Ensemble performance will occur in the fall semester.

“This is a think space. This is where a lot of us try out new things without worrying about whether or not it’s good,” Dobson said. “It’s a place for artistic growth for everyone involved.”