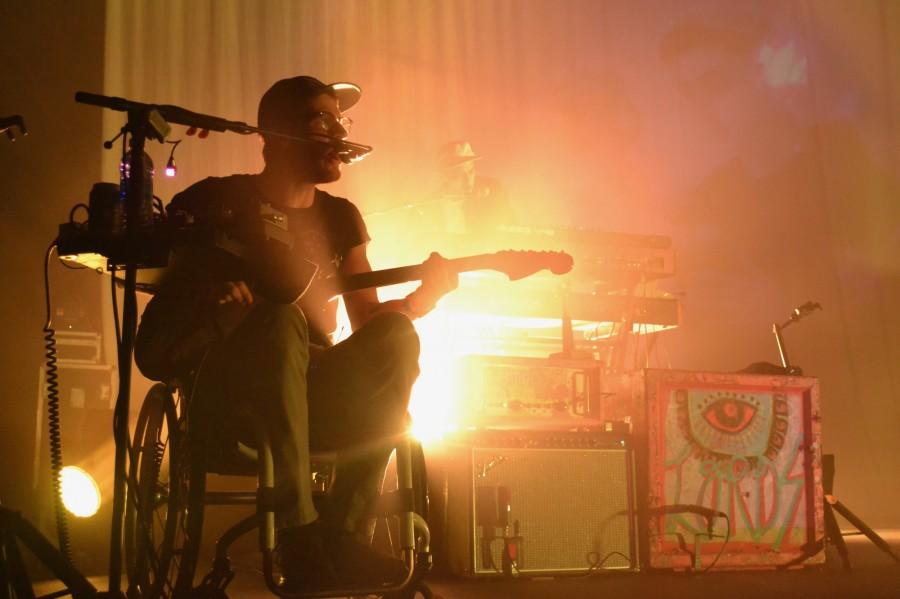 On Saturday, Oct. 14 at The Bomb Factory, Portugal. The Man established themselves as stone-cold mutes, projecting a statement in white, blocky letters that said they would not be participating in crowd banter. Instead, their management created slogans that flashed behind them during the set.

The band lived up to these expectations, playing as each song flowed into the next without chatting. The already excitable crowd went even wilder as the band played their song of the summer “Feel it Still” somewhat early in the set.

The audience members raised their phones high as they tried to document what could be the only song known by many.

In case concertgoers missed it the first time, the band played the hit single again later in the set, missing an opportunity to play a more musically interesting song. At that point, “Feel it Still” was the bone they threw at a hungry and eager audience. 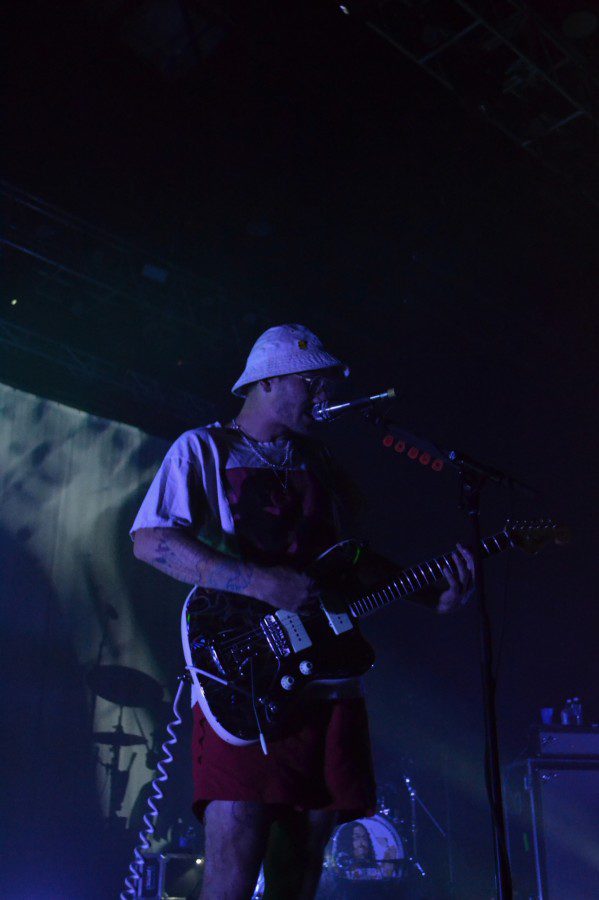 Musically, the band played a high-energy performance that entertained the audience. Bassist Zachary Corothers commanded the center stage, slashing away and bobbing his head to the music while lead vocalist and guitarist John Gourley stood to the side.

Some songs took several minutes to finish as the musicians jammed onstage for so long that it was hard to tell when one song ended and another began.

Their choice of soulful jam band Tank and the Bangas as an opener made much more sense here. The string that ties the two together is the want and willingness to just play on stage, stretching songs out for five, six or seven minutes.

Portugal. The Man didn’t hide their obvious influences at this show. The first two songs of the night were covers — Metallica’s “For Whom the Bell Tolls” and Pink Floyd’s “Another Brick in the Wall.”

They effortlessly melded the latter with their own “Purple Yellow Red and Blue,” which excited the already exhilarated crowd.

They played two more covers later in the night including “Don’t Look Back in Anger” by Oasis, which was a crowd favorite.

Playing so many covers instead of their own music was refreshing and bold, and doing so seemed to be a humbling nod to their inspirations.

While Portugal. The Man was silent throughout most of the show except for two quick remarks — “Thank you, Dallas” and “It’s great to be here” — they showed their persona through witty slogans and psychedelic graphics.

The stage was backed by a gargantuan screen displaying images that were atmospheric at best and downright confusing and unnecessary at its worst. Near the beginning of their set, they projected a larger-than-life, animated, 3-D mannequin wearing a bright red latex suit covering her entire body except the chest. Her black eyes stared blankly at the audience as she rocked back and forth. Suffice to say, it was bizarre.

The animated bodies were a theme of the night, flashing and pulsating at various levels of disturbing. This choice was confusing, as it did not seem to correlate with the music and read as an objectification of the female body instead of a visual representation of the songs.

Despite visually confusing imagery and lack of crowd banter, Portugal. The Man played a clean, musically compelling set that told the story of where they began and where they want to be.