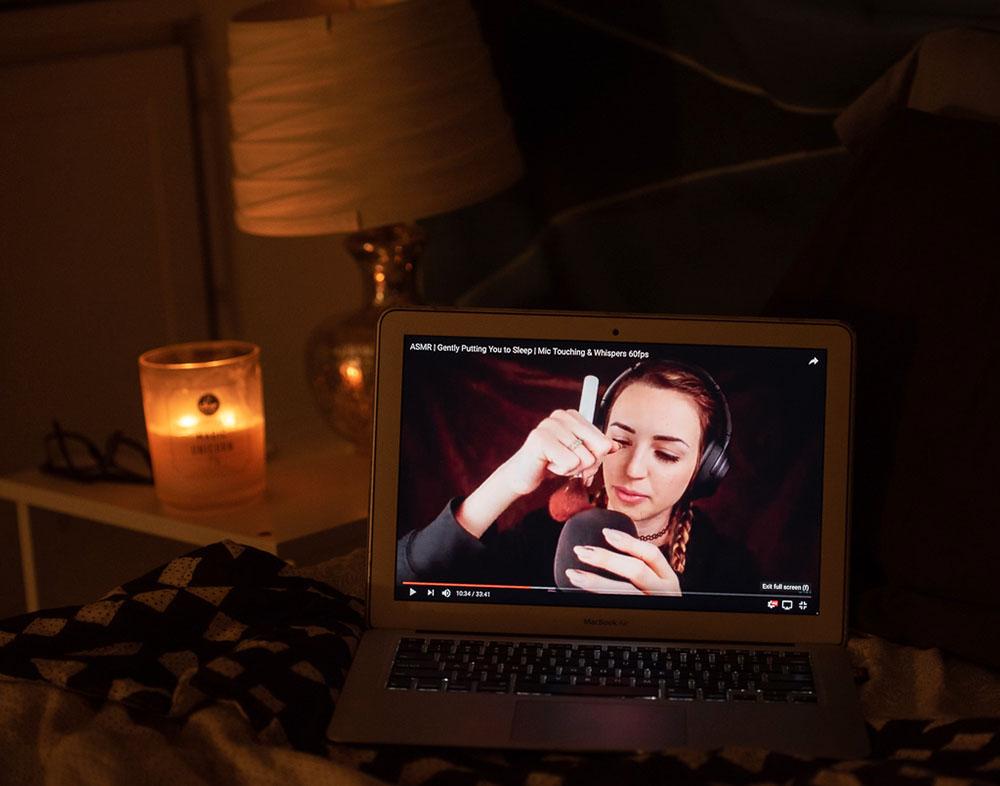 Autonomous sensory meridian response, or ASMR, is a relatively new trend that gained popularity overnight. If you are active on social media, ASMR videos have probably appeared in your recommended tab or on your discovery page. Thousands of these videos go viral on YouTube, and often land on the popular page. Companies have also adopted ASMR as an advertising strategy. For example, Zoe Kravitz incorporated two ASMR ‘triggers’, whispering and tapping, into the Michelob Ultra 2019 Superbowl commercial.

Although many people are familiar with the term ‘ASMR’, most have no idea what it means. ASMR occurs when a viewer experiences a deeply relaxing, tingling feeling in response to a ‘trigger’. Viewers who do not experience this response often poke fun at ASMR by labeling videos as ‘creepy’ or ‘weird’. The reason it ‘works’ for some viewers, but not for others, still remains a mystery to experts.

“As far as I can tell, we’re still at the level of analyzing correlations and making speculations,” said Adam Norris, a biological sciences professor at SMU. “But it is an interesting phenomenon!”

Jennifer Allen coined the term ‘ASMR’ in 2010. She wanted to start a conversation about the deep, relaxing sensations that she sometimes experienced because she was unable to find research on them. The group rose in popularity as other Facebook users who shared similar experiences joined the discussion.

Those who react to ASMR, also referred to as ‘ASMR sensitive’, began to form a niche community. They soon found that ASMR could be used to combat stress, anxiety and aid sleep. They wanted to share this experience with a larger audience. This led ASMR to appear on other social media platforms such as YouTube a couple years later. The first viral ASMR video to go viral was posted in 2015, and the community has continued to gain popularity since.

ASMR video creators, called ‘ASMrists’, also star in the videos that they post on their YouTube channels. Videos typically last anywhere from 20 minutes to five hours. ASMrtists use various ‘triggers’, including crinkling, whispering, and personal attention, to elicit a tingly and deeply relaxing response within their viewers.

However, ASMR triggers vary from person to person. Some will experience ‘tingles’ from listening to the sound of fingernails tapping while others find whispering the most euphoric.

“I usually listen to videos where people whisper and pretend they are talking to you in certain situations,” said Yeager. “You have to find your own triggers. It’s funny at first, but it can relax you if you can get past the weirdness of it!”

ASMrtists, especially those who focus on roleplay triggers, use their videos as a creative outlet. They often incorporate props and elaborate storylines to engage their audiences. If the video is a hit within the community, likes and positive comments flood the page.

Many ASMRtists often rely on their channels as their main source of income. It is very common for multiple ASMR channels to go viral. In addition, many ASMrtists are sponsored by large brands, including Kindle and Honey, which establish them as a social media influencers as well. Their personal Instagram and Twitter accounts begin to rise in followers as viewers seek to keep up with their everyday lives.

However, a large group in society holds very negative views on ASMR. Commonly, they have not experienced calming effects that ASMR videos have been touted to provide. Others have a twisted perception that ASMR is some kind of sexual fetish.

“I have only watched one ASMR video on YouTube,” said Zachary Kosub, a senior at Southern Methodist University. “I remember being uncomfortable and viewing it in a negative way. But it was with a friend and we were watching it with the intention of making fun of it.”

Recently, comedy YouTube channels began to put their own spin on traditional ASMR. They engage larger audiences by creating parodies. However, this community does not regard this type of ASMR as malicious against traditional ASMR: rather, it is used as a form of light entertainment.

Camron Stewart, a junior at Southern Methodist University, prefers this type of ASMR videos, and she watches them when they come up on her recommended page on YouTube.

“The “calming” aspect of ASMR is just weird to me and I don’t understand it,” said Camron Stewart. “The majority of the ones that I have watched are the more funnier ones on YouTube like Jenna Marbles’ video. I find the funny ones more relaxing than the ‘serious’ ones if I’m honest.”

The media has picked up on ASMR as well. Advertising campaigns, including the Michelob Super Bowl commercial with Zoe Kravitz, features triggers such as gentle whispering and hand movements. W Magazine features a series on YouTube where celebrities “explore ASMR”. Cardi B’s ASMR video went viral with 32 million views.

What started as a single video on the YouTube recommended page turned into a culture-wide phenomenon.The ASMR community continues to explore new ASMR triggers. ASMR videos remain an essential part of many viewers’ night routines.