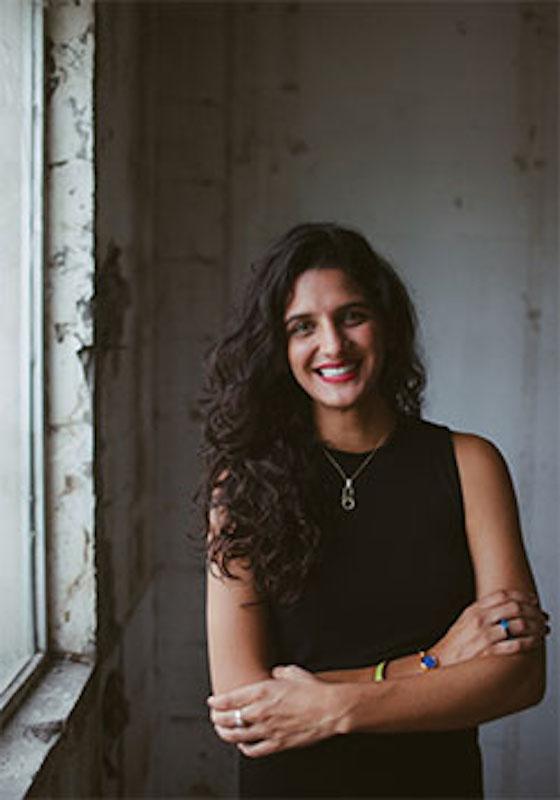 Sofia Bastidas is redefining what it means to be an artist.

“I am interested in the imaginary, in the speculative and in challenging conventional ideas,” Bastidas said as we sat in the Pollock Gallery, our voices echoing off of the tall ceilings and the bright white walls.

In her early twenties, Bastidas pinpointed exactly the type of art she didn’t want to get involved with: commercial art. When she attended her first Art Basel, a commercial art festival in Miami, she realized the art she was drawn to wasn’t even there.

In addition to her time as an artist-in-residence at Cannonball, an arts organization dedicated to supporting artists, Bastidas was confident in her choice to be an alternative, off-the-grid artist, focusing mostly on Latin American art.

“I am drawn to a very specific type of practice in Latin America,” Bastidas said. “In Latin America, it’s harder to have the resources to do art than in Europe or in the States. There is a level of ingenuity and innovation in the way they approach their work.”

In Puerto Rico, where she spends much of her time working on her project MAOF, she works with artists that are rethinking art.

“They’re working more collaboratively on projects to create a platform for people. The state doesn’t provide a platform for artists in Puerto Rico, so the artists have to build this platform themselves, which takes an immense amount of creativity,” Bastidas said. “They do sculptures with coconuts, for example, because its what they have. Instead of going to Home Depot and buying wood, which I think is very disconnected sometimes.”

Born and raised in Ecuador, Bastidas has a passion for foreign cultures. She moved to the United States when she was 20 years old to pursue her degree in Art History at Florida International University in Miami. After working at various museums and galleries as an art handler, Bastidas met friends in the Miami art scene that introduced her to curatorial work. Early in her career, she worked with a painter in Spain and in 2016 she worked in Berlin on a project called “Discreet,” which was featured in the Berlin Biennale, an art show that represents the best artists from select countries.

Later that year she moved to SMU in Dallas. She was originally hired as a Director of the Pollock Gallery and a Curatorial Fellow, but Bastidas’s title has evolved since then.

“Her role in the division has expanded to a full-time staff position. She assists with all Division of Art outreach, including social media, recruitment, promotions, summer art programs, visiting artist lectures and networking with the Dallas Arts Community,” said Ira Greenberg, author and Director of the Center of Creative Computation at SMU.

While a loyal and valuable member of the SMU Art department, Bastidas’s work extends beyond the Pollock Gallery and beyond Dallas. She works on projects from Miami to Latin America, determined to make a difference.

In 2012 she founded Dwelling Projects, an exchange program for young student artists from Miami, Latin America and the Caribbean that creates partnerships with international artists and organizations.

“The goal of this organization is for the students to learn how to exhibit themselves and create artwork in a different context. Because we founded the project and raised funds ourselves, we learned a lot about how to get connected with people on an international level,” she said.

It also serves as a way for some of the students to connect with their Latin American heritage.

“Social and political issues are understood by very few, for example, climate change, so as artists our idea is to gather that information and distribute it in an art form so that people can have a better understanding of what these issues mean,” she said.

MAOF, another project of hers, is centered on Puerto Rican artists who use wood from tropical trees to make canoes. They are using pre-Colombian techniques to test the cultural connections in the Caribbean and eventually will sail around the Caribbean while studying the stars, navigation, archaeology and anthropology.

“These kids who were collecting wood and wanted to make canoes turned into a scientific and creative project to find cultural connections in the Caribbean,” she said. “It’s the imaginary.”