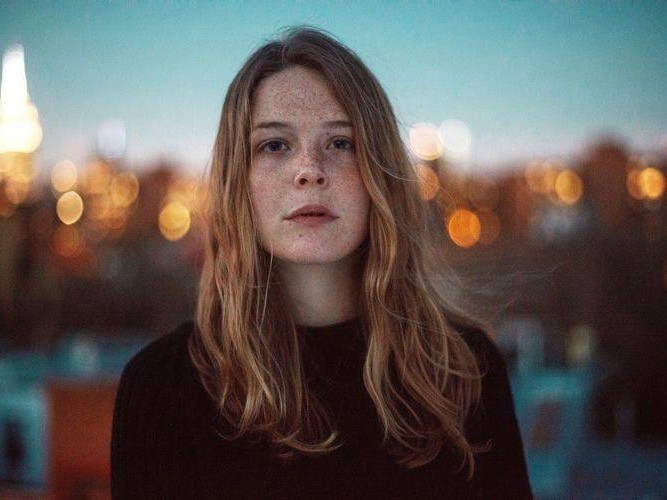 Electronic artist Maggie Rogers made a name for herself after one of the biggest producers in the music industry lauded her with high praise in 2016.

The recent NYU graduate found herself sitting next to an awestruck Pharrell Williams after they listened to her song “Alaska”. Williams, who was conducting a masterclass when he heard Rogers’ soon-to-be hit, prepared to give her notes on how to improve. Instead, he started his critique by stating that he simply had nothing to criticize.

“It’s singular,” Williams said. “Like when the Wu-Tang Clan came out, like no one could really judge it. You either liked it or you didn’t, but you couldn’t compare it to anything else.”

After Williams’ high praise of “Alaska”, Rogers has been making her way into the music scene. Her new EP “Now That the Light is Fading” is an ode to nature and the physical world—one that sticks with the listener long after it ends.

The EP opens with “Color Song”, an apt title for a self-proclaimed synesthetic. Here listeners enter the world of Rogers, a deep woods shrouded in fantasy. The simplistic, layered harmonies create a serenade not unlike Sylvan Esso’s closing ballad “Come Down”. Rogers’ vocals wrap the listener in a warm blanket, inviting them to sit, be comfortable, and stay a while in her words.

“Color Song” is followed by Rogers’ breakout song “Alaska”. Rogers is now walking through endless forests and plains, the palpable rhythm of the song bouncing behind her. Listeners can feel the beat bounce with her footsteps as she “walks off” an old relationship. “Alaska” is about moving on and seeking more, a theme present throughout “Now That the Light is Fading”.

Rogers’ unique electronic style is rooted in natural sound, a technique reminiscent of Bon Iver. Whistles and bird-like calls can be heard throughout “Dog Years” while “Better” begins with the sound of waves crashing over rocks. Rogers effortlessly pairs the natural with the unnatural and the drum with the synthesizer.

With the success of her EP, the lights won’t be fading on Rogers’ career any time soon.