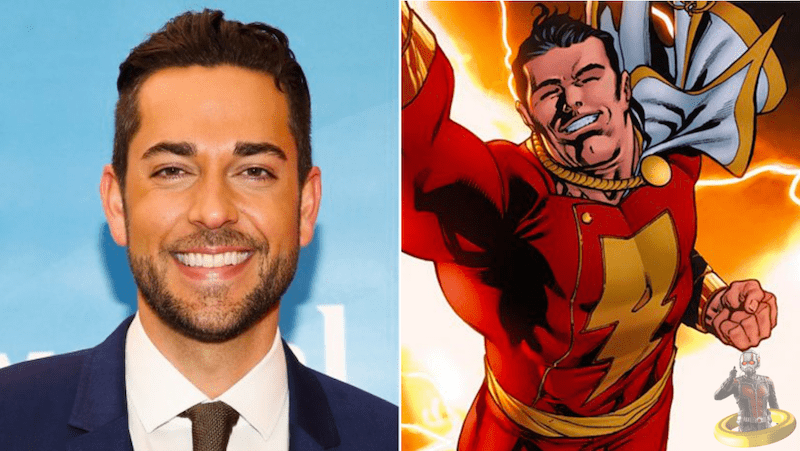 Billy Batson isn’t an alien or a half-god. He barely has anything. He is a foster kid that keeps running away from good homes, trying to find the mother he lost as a child. When a new family takes him in the city of Philadelphia, Billy (Asher Angel) still has no interest in getting a new family, especially if that family is Freddy (Jack Dylan Grazer), a disabled foster kid with a love of Batman and Superman. However, after Billy stands up for his new “brother,” he finds himself face to face with a weakened wizard who tells the 14-year-old to say his name: “Shazam.” In a split second, lightning strikes and Batson receives the strange wizard’s powers.

When he obeys the wizard, Billy turns into a 6’4, bullet-proof, super fast, super strong hero (Zachary Levi) that can shoot lightning out of his hands. But the powers that Billy gets don’t solve the confusion in his life. Instead, he has to finally stay put and face what is right in front of him.

Since 2013’s “Man of Steel,” one of the biggest critiques of the DCEU (DC Extended Universe) is that the universe focuses primarily on dark and serious heroes instead of super fun heroes. “Shazam!” defies that trend. However, the laughter-inducing film still suffers from a few issues. The film spends too much time on the one-dimensional villain’s (Mark Strong) background, and he teams up CGI monster bad guys, a trope that is overused in the DC Universe. The movie also takes a while to get started and a subplot involving Billy’s family is underdeveloped. It also suffers from some dramatic on-the-nose dialogue.

Despite the delayed start and weak story points, “Shazam!” has enough fun to redeem itself. The film still falls into the older and darker movies of the universe but the comedy is well timed, and DC finally provides a story with real heart. Many enjoyable characters strengthen the film and help build the story to its potential.

Zachary Levi, a long time staple in the nerd community, finally has his moment in the light(ning). His superhero Billy completely captures a 14-year-old in an adult’s body and provides the fun in every one of his senses. Angel’s Billy gets the serious role to play, and he does so successfully, giving the young character layers. The true comic break out is Grazer’s Freddy who, with his sarcastic humor and nerdy passion, is a modern-day Seth Cohen. While Levi has the history and top billing, Grazer and Asher have talent as well and promising futures ahead of them. Meanwhile, Strong, who could rival Captain Marvel’s Ben Mendelsohn as Hollywood Bad Guy #1, isn’t given much to do but revels in it still, providing some color to an otherwise dull character.

Overall, “Shazam!” finally brings some much-needed fun to a too serious slate of superheroes. The almost parody style to the hero genre, the subplot of Billy’s foster family and some outstanding performances pull together the strongest and most enjoyable film for the DCEU to date.