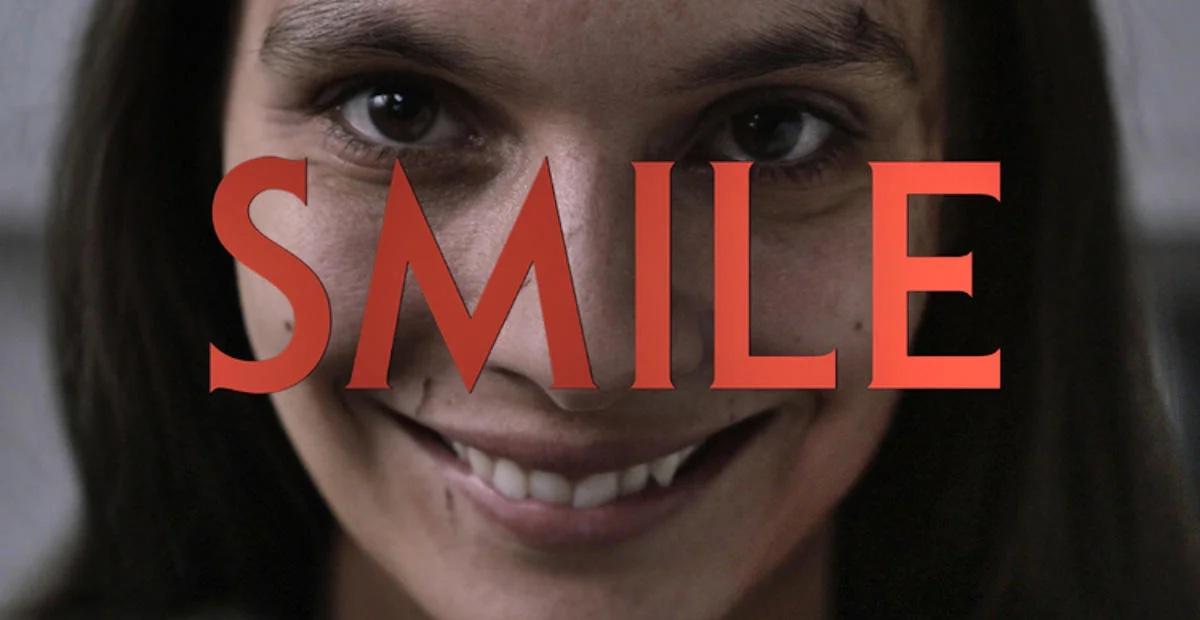 The horror movie “Smile” taught me two things – how to sneak boba into a movie theater and how a crowded setting can make a movie 100 times better.

Directed by Parker Finn and based on his short film “Laura Hasn’t Slept,” “Smile” stars Sosie Bacon as psychiatrist, Dr. Rose Cotter. The movie opens with Rose about to leave work after an over-extended shift at the ER. At the last minute, she decides to see one last patient – Laura Weaver.

Disturbed by experiencing the recent suicide of her professor, Laura says that she has begun to see strange figures that haunt her by taking the form of people she knows. All of these people have an eerie and bone-chilling smile spread across their faces. Laura then begins to act erratically and cuts her own neck in front of Rose, thus beginning the anxiety-inducing and thrilling storyline of protagonist Rose.

After her encounter with Laura, Rose begins to see the same strange figures and act disturbingly. For instance, she wraps up a dead cat and gives it to her nephew as a birthday present. Her fiancé, sister and co-workers all think that she is having a mental breakdown. Rose’s ex-boyfriend is the only one who does not directly dismiss her and helps her uncover a long line of suicides all relating back to one another.

Rose eventually ends up at her childhood home, where the memory of her mom overdosing still lingers in the air. This is the setting where the climax occurs as Rose faces her tormentor head-on and ultimately she ends up losing the battle.

All scenes leading up to the climax had quality visuals, the special effects were well executed, and the smiles were genuinely haunting. Although many of the jump scares were predictable, they were still effective as the visuals were extremely realistic.

The final scene, however, is tacky and overdone, it takes away from the eeriness when the final monster comes out unrealistic and cartoonish.

Even if the entire movie had perfect special effects, it still would not have been enough to make “Smile” a remarkable film. Many recent horror movies, prominently made by Jordan Peele, have incorporated a layer of social commentary that leaves the audience pondering beyond the theater.

This is where “Smile” falls short.

“Smile” just scratches the surface when touching on topics such as suicide and mental illness. The stigma of mental illness and its effects on the characters was one of the most interesting themes of the movie and I wish it was touched on more. Only at the end of the movie do we see a small peek into the social commentary the movie attempts to dive into.

Mental illness awareness is such an important issue, and this movie would have been the perfect place to discuss it. Instead, the movie focused on cheap thrills.

By all means, this is not a life-changing movie nor will it change the trajectory of horror movies and be written about in history books. However, it is a fun watch.

It was fun to be in the theater with a giant crowd. Hearing the people around me react to the same jump scares and plot twists was a vital part of the experience. Going to the movie theater at night and recapping with friends after the movie made it worth it.

So, should you watch it? Yes and no.

Yes, you should watch it in a movie theater. No, you should not watch it at home. The best part of the movie was the energy the audience brought, which is something you cannot experience when watching at home.

Yes, you should watch it if you just want a quick scare. No, if you want something that will deeply impact and traumatize your life – but if that is the case, maybe you should see a therapist.