The publication “Holding Pattern” features female-identifying artists and writers. Volume Two is set to feature 22 artists and six commissioned writers. There will also be an exhibition showcasing these works.

The title “Holding Pattern” is described in the publication’s first volume: “A holding pattern can be defined as ‘a state or period of no progress or change.'”

DADE Collective co-founder Angelica (Angie) Reisch described holding pattern as the flight pattern for planes without permission to land. “It’s stuck in this circular pattern awaiting approval to land, and for that opportunity to fulfill its dream,” Reisch said.

The publication embodies this suspension and dedication to progress, that is, towards completing the journey. Volume One is full of poignant and captivating works. The book is carefully designed to cleanly feature content, and the design presents yet another dimension of artistry. Volume Two was designed by Natalia Padilla.

While the first volume is 36 pages, this second volume will be 150 pages.

“This edition is different in its scope: we represent artists outside of Texas, outside of the United States, and several are womxn we’ve met only through mutual acquaintances,” DADE Collective co-founder Ellen Smith said. “It’s grown from a passion project with friends into a conversation with non-male artists experiencing similar frustrations and limitations around the world.”

“It’s grown from a passion project with friends into a conversation with non-male artists experiencing similar frustrations and limitations around the world.”

“Holding Pattern has grown tremendously since its beginning in 2017, not only in its physical size but also in its depth and resonance within the community. Just this past week we saw many women make history in the midterm elections,” Reisch said. 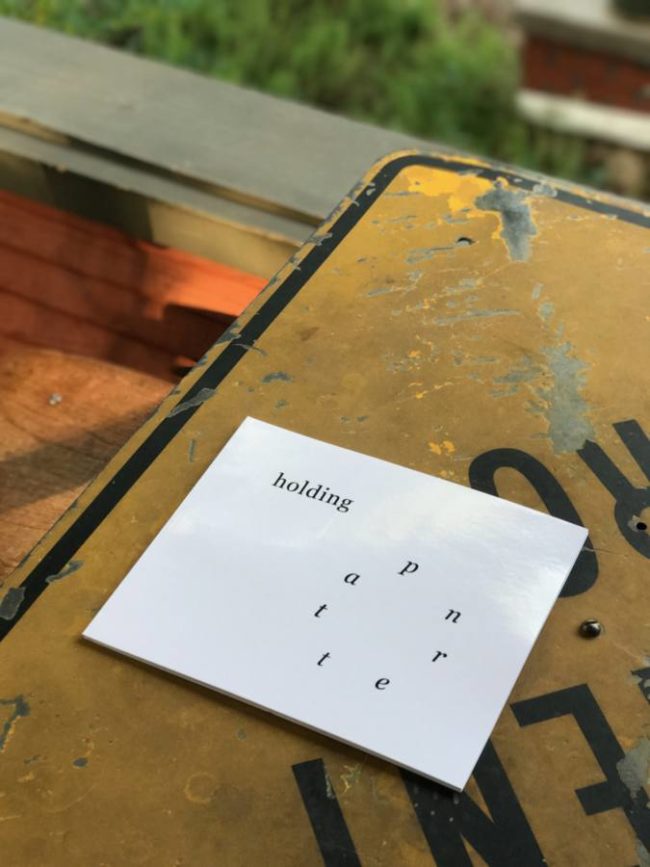 In the wake of the 2016 election, women flooded the streets donning pink pussy hats. While these demonstrations and marches were incredible in their scale and power, DADE collective hoped to express a different aspect of womanhood, which is dynamic and diverse.

“While they were great, and we were happy to see them happening–to see the program–a lot of them were very much focused on one aspect of womanhood, which was the girliness, and like pussy power and pink everything,” co-founder Smith said. “I think for us, it didn’t feel like an accurate representation of what we, and the women we know and respect, were making.”

This was the inspiration behind volume one. DADE Collective’s stated mission is to support “non-male makers by providing a platform for their work to be shown.”

“DADE Collective supports women who have historically been marginalized: women of color, immigrants, LGBTQ women, gender nonconforming people, and so many more who have been denied opportunities because of their identities,” Reisch said.

“The project has become more about actively engaging and building a community that works towards dismantling systems of oppression. There’s just no time for silence, passivity, or neutrality,” Reisch said.