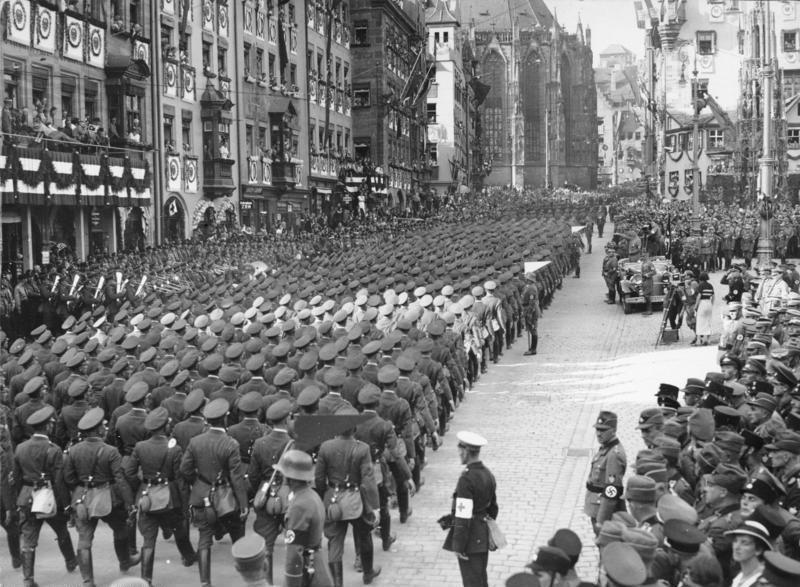 An SMU international film festival began on a controversial note last month when it opened with a piece of Nazi propaganda, “Triumph of the Will.”

SMU’s World Languages and Literatures department hosts its fourth annual international film festival, “The Boundaries of Fact and Fiction: A Documentary Film Festival,” through Feb. 26 in McCord Auditorium. Films begin at 7 p.m. on their respective dates and are open to the public for free. This year, the festival features documentary films from Germany, Chile, China, France, Congo, Italy, Mexico, the United States, Lebanon, Mexico and Spain.

“I think it’s a great opportunity to see other worlds; it’s really a global festival. We try to present movies that will resonate with the audience, and also to widen cultural, social, and political perspectives on campus,” said SMU French professor Dr. Rachel Ney after the showing of the French film “Demain.”

The festival hopes to spark conversation, which is exactly what screening “Triumph of Will” has done. The film was made in the 1930s by a female documentary filmmaker who recorded Nazi rallies and marches.

“I think that the idea of showing that film generated a lot of concern. What kind of message are we sending? How do you frame a work of Nazi propaganda? Should you even be allowed to show a work of Nazi propaganda on a college campus?” said Dr. Aria Cabot, a 2nd-year member of the planning committee. “But we felt like that was really important, like we shouldn’t shut down a conversation about those concerns. We should actually take advantage of those concerns to have a discussion that forces students to ask themselves those kinds of questions.”

On Tuesday, Feb. 19, there was a roundtable discussion connected to the festival entitled “When ‘Great’ Works Aren’t ‘Good’” to address the moral or ethical component of a work of art like “Triumph of the Will.”

“Soufra,” another featured title, is about a woman living in a refugee camp in Lebanon who wants to start a catering business. The film will be shown on Feb. 21, and a local catering company run by refugee women called Break Bread, Break Borders will serve food before the start of the film.

On the closing night of the festival, Feb. 26, “Chavela” will be shown and the director, Daresha Kyi, will attend the screening and answer questions from the audience at the end. “Chavela” centers on the life of Mexican artist Chavela Vargas, a singer known for fighting gender stereotypes.

Though the World Languages and Literatures department welcomes and encourages all of the public to enjoy the festival, SMU students primarily attend, particularly ones studying languages.

“We often teach film in our language courses, and find that film is one of the easiest and most exciting ways for students to experience the language and the culture that they are studying while here on campus,” Dr. Cabot said. “It’s taken on additional meaning recently because we now have an international film studies minor in our department.”

According to Dr. Cabot, the World Languages and Literatures department hopes that the festival will not only provide a platform for discussions on important worldwide issues but also promote this new minor and show off the work that its students are doing.

“[Everyone should] definitely come,” said Audrey McClure, an SMU student in the World Languages and Literature department. “It’s a great way to find things to get passionate about.”