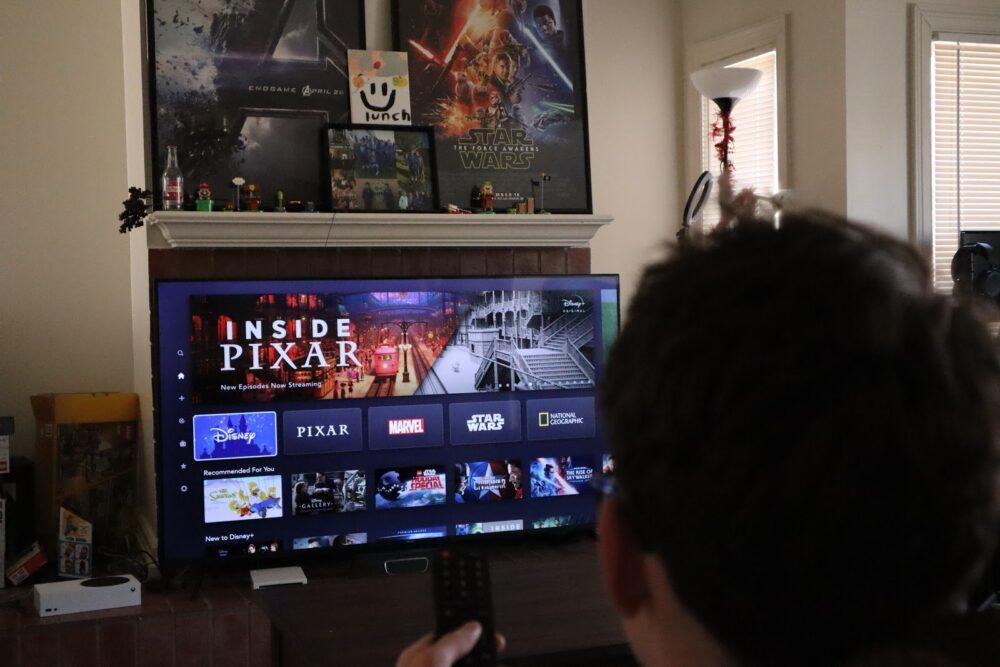 Ever since Netflix started its own streaming service in 2007, many media companies have followed suit creating an online home for their vast libraries of content. Instead of buying bundles of channels packaged by TV providers, consumers have a variety of streaming services to subscribe to. This has created a new problem for consumers, which should they choose?

Nathan Snare is a Sophomore at Southern Methodist University and he has been a lifelong fan of both Spongebob and Scooby-Doo.

“Whenever you got Scooby-Doo on a DVD then that was like the best gift you could have gotten me,” Snare said. “Me and my family, we still quote Spongebob to this day.”

For Snare, his two favorite shows are separated into two different services. Most of Scooby Doo’s content has found a home on the service Boomerang and Spongebob is now a resident of the new Paramount plus.

“I wanted to watch all the Marvel movies,” Snare said. 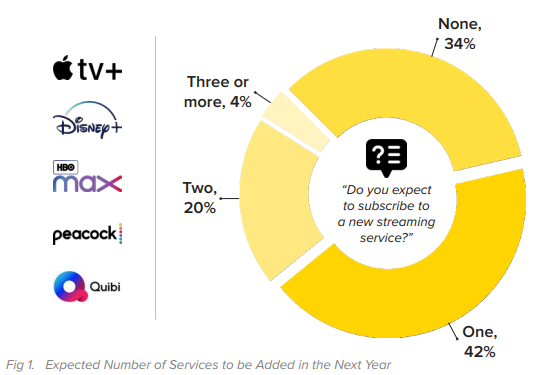 Disney plus does have a big draw considering its vast library of Star Wars, Marvel, Pixar, and Disney movie content. But Nathan also expressed interest in both Boomerang and Paramount Plus two newer services he has yet to subscribe to. NPR’s article about how to pick the right streaming service would suggest that Nathan subscribe to the services that hold his favorite shows, but only for a few months at a time in order to save money.

Snare also has a plan to save money by cutting the cord, but still retaining the live TV he likes.

“If I just cut my cable and get Hulu with live sports, that would be a good idea,” Snare said.

Cutting the cord refers to the act of unsubscribing from traditional TV and cable subscriptions and only subscribing to streaming services. This trend has become more active in recent years with live sports being the only thing preventing the majority of traditional TV audiences from cutting the cord themselves. It would seem Nathan has found a solution to that in Hulu’s new offering of live sports on their platform.

Wiley Blackwell’s book From Networks to Netflix talks about how services like Netflix are a new form of entertainment.

“The evolution of television from an era of program scarcity to one of user-driven abundance,” Blackwell wrote.

SMU sophomore Hallie Jo Schroeder agrees that there is an abundance in the current TV landscape. Schroeder thinks there are too many streaming options.

“Before, a subscription to one or two services would get you all the shows you wanted to watch, and now you have to pay way more for all different subscriptions,” Schroeder said.

For many getting all the shows they want would require a lot of subscriptions and that is not economically feasible for most. In TV times 2019 study 87% of respondents said the reason they thought there were too many services was because it’s too expensive to get them all.

SMU Film Professor Derek Kompare teaches classes about the TV industry and streaming services. Kompare thinks the market is at the level of top-tier streamers it can handle.

“I think consumers may get frustrated at having too many subscriptions,” Kompare said. “After the launch of a few big-profile platforms over the past year or so, I think we’re probably saturated with ‘top-tier,’ big-audience streamers for now.”

In terms of what service was most worth it Kompare thinks HBO Max covers a lot of ground.

“It has a relatively deep and eclectic library, and all those HBO exclusives,” Kompare said.

“Pluto TV has a ton of content as well, and it’s free!” Kompare said.

This is why articles like NPR’s How To Pick The Streaming TV Services You Actually Want suggest coming up with a strategy that identifies what is the most important thing a streaming service needs for you to subscribe to it.

Kompare notes two things a streaming service should focus on its catalog and its interface.

“The depth, variety, and quality of its catalog are all critical; each streamer scores differently for each of these,” Kompare said. “The utility of its interface is also important: how easy is it to use on different devices, to find things you want to watch, to set up watchlists, etc.”

Schroeder wants her services to have shows that she likes.

“I like if it’s easy to use and aesthetically pleasing,” Schroeder said.

“If it’s cheap that is very important to me,” Snare said.

Snare also established the importance of live events like sports.

“They need to do more with live sports,” Snare said. “If they did live sports then cable would pretty much have no reason to exist anymore.”

NPR’s and Kompare both suggest trying out a streaming service for a month and then dropping it if you don’t like it.

“The good thing is that they’re easy to sign up for and cancel, unlike cable, which is notoriously difficult to cancel,” Kompare said. “I would see what their marquee titles and/or catalogs are, and then try it out to see if it appeals enough to sign on.”

Kompare expects to see more bundles of services in the future. Especially if the streaming services in the bundle are all owned by the same parent company. But Kompare is not optimistic about the continuation of discounts.

It seems nowadays the common question is if there are too many streaming services and the common answer is yes. But a solution has not been universally adopted yet. What solution will be adopted, your guess is as good as mine.