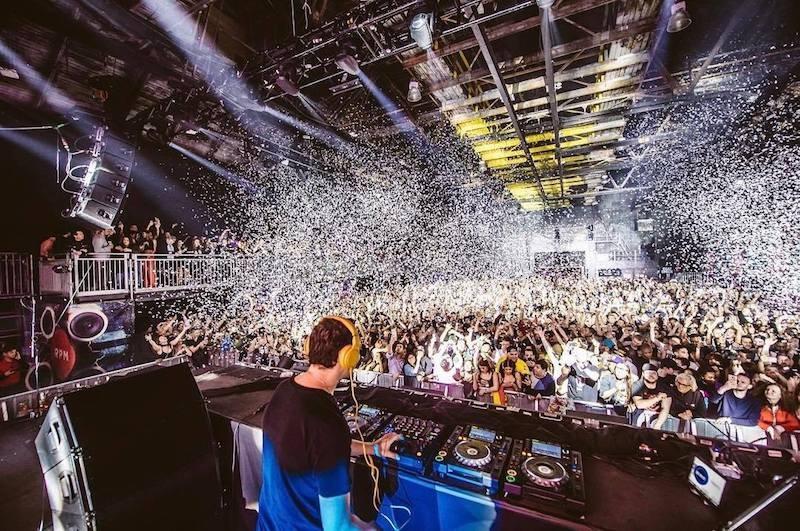 South Padre, Texas spent the week of March 13 hosting an array of guests and events with some concerts, some spring breakers and a few vacationers. It also held the aptly named Ultimate Music Experience (UME). UME was a three-day music festival that took place at Clayton’s Beach Bar in South Padre. The festival featured some legendary EDM acts such as Marshmello, Tiesto and Zedd. It was a full three-day experience that absolutely lived up to its name.

The first day kicked off with Joyryde, Ghastly and NGHTMRE, each of whom held their own and represented with sets full of incredible live mixing. The headlining Marshmello showed why he was the night’s closer with an intense set full of crowd favorites. The bass reverberated through the crowd as every person in attendance jumped and danced to the rhythm. There wasn’t a single member of the audience that remained apathetic to the pounding beats.

The next night followed suit as the combination of Rezz and Slushii brought the house down. Slushii was a surprising treat. His upbeat style of taking popular songs and making them his own was a much-appreciated break from the constant head vibrating noise that had been poured out for hours prior. It was the perfect interlude for the show and cleanly set up the crowd for one of the legends in attendance: Tiesto.

Tiesto is one of the top DJs in the industry, and for those who didn’t know much of him before, they do now. He took over as he cycled through hit after hit and kept the energy with his remixes. He branched out into all genres, even creating his own version of Kanye West’s “I Love Kanye,” making into a colorful mix called “I Love Tiesto.” The set was unforgettable and although it ended at 2 a.m., it left the crowds wanting more. Fortunately, there was one night left.

Hearts still racing from the full body high of Friday’s lineup, the crowds eagerly poured into the last night of the show, ready to close their ultimate weekend. The artists didn’t disappoint. Grey and Tritonal both lit up the stage with their poppy and enthusiastic mixes. They ventured into all sorts of territories with Tritonal even doing a quick mix of the Outfield’s classic ’80s ballad, “Your Love.”

The DJs left the crowd hyped and excited for whom they knew would close out the festival the right way. Zedd made his way to the stage to finish the weekend with a bang. It couldn’t have been a more perfect ending to the event. He bumped his hit songs, put together a few new jams and even recycled some old material with a couple new twists. The final show left the audience chanting “one more song” to no avail. The lights dimmed, the crowd dispersed and ears still ringing, the many concertgoers went home, excited for next year’s show.